No social distancing is planned for tonight's Fourth of July fireworks event at Mount Rushmore, where wildfires are also a concern

This is how Canada crushed the curve while the US struggles

If they're going to rename the Washington Redskins, these are the likeliest contenders

CNN slights Mount Rushmore as 'slave owners' in 2020, but called it 'monument to 4 great presidents' in 2016

Kennedy blasts Ghislaine Maxwell: 'She thought she was going to live free, but she's going to die in prison'

Kilmeade rips Fauci as COVID cases rise in parts of US: 'How much more sacrifice do we have to make?'

Michael Dukakis warns Biden to ignore the polls: 'No guarantee of success'

Concerns, But Overruled By 3-2 Vote 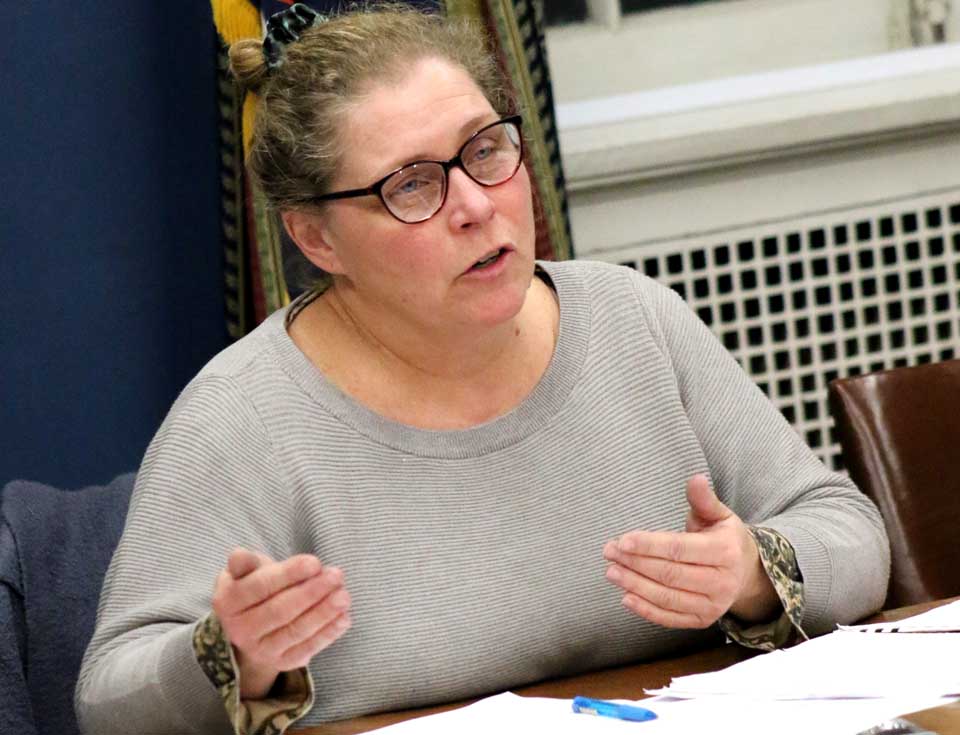 COOPERSTOWN – It was a rare sight: The chairman of the village’s Historic Preservation & Architectural Review Board jousting with two historic preservationists.

But that’s what happened this evening, as H-PARB chair Liz Callahan raised concerns that the renovations planned by Kim and Jack Alverez to restore 13 River St.  would be out of character with the historical neighborhoods.

The couple own Landmark Consulting, a preservation and design firm in Albany.

In the end, the H-PARB voted, 3-2, with Callahan and board member Joe Festa in the minority, but not before a lively discussion ensued.

The Alvarezes bought the home in 2010 with plans to restore it. “We’ve been wanting to do something with this property for almost 10 years, so we’re ready to move with it,” said Jack Alvarez.

Built between 1810 and 1829, the house – one in a row between River Street and the Susquehanna River – is part of the Glimmerglass National Historical District.

“There’s a Samuel Morse Painting from 1829 that shows 13 River St., but we think it could have been built as early as 1810,” he continued. “At the time, the river itself was very industrial so it was built as a shop, but it’s probably been a residence for 150 years.”

Before they could move forward with the project, however, they needed H-PARB approval.

“We are trying to apply two parts of the ordinance to this building,” said Kim Alvarez. “One part is restoration and one part is partial demolition and reconstruction.”

Callahan didn’t agree, saying she was concerned about the proposed appearance of the facade and a lack of historical accuracy when completed.

“Creating a whole new section that was never there is a concern,” she said. “This is the third meeting you’ve come to and there’s been no willingness to compromise.”

Yet others were quick to support the project.

“The village attorney’s opinion is that there’s no issue here,” said H-PARB member Roger MacMillan. Attorney Martin Tillapaugh “felt they were justified in doing what they have proposed to do. That made me feel a lot better. I think we should grant them the certificate tonight.”

But given the building’s long history, including extensive water damage from leaks and a burst pipe that wreaked havoc years prior, there is substantial deterioration that must be rectified.

“50,000 gallons of water ran through this building for a two-week period,” said Alvarez. “A lot of wood damage was done and structural damage was done.”

She said there is some urgency to renovate, due to the combustibility of the current facade.  “These three buildings – 13, 15, and 17 River St. –  are right next to each other, so if one goes up in flames, they all go down,” she said.

And although there’s much to be done, the Alvarezes hope to do the property justice.

“It’s not as simple as showing up and replacing an old rotted post,” the wife said. “We’ve made it clear that the building has severe constructional concerns. Our project has tried to take all of these things into consideration. We hope to do right by it with the repairs.”

With only two nays from Callahan and Festa, the renovation of 13 River St. was approved.

3 thoughts on “Preservationists Joust Over Renovations On River Street Property”