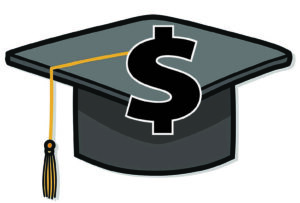 Student loan borrowers received some welcome news over the holiday season when the United States Department of Education extended the student loan payment moratorium from January 31, 2022 to May 1, 2022.

The Biden Administration paused student loan payments in March 2020 to allow breathing room for borrowers, mitigating some of the financial effects of COVID-19.

Student loan debt in the United States stands at $1.7 trillion, a figure surpassing auto and credit card debt, with a third of debtors in default or behind in their payments. The average monthly payment is $400, CNBC reports.

According to a survey conducted by the Student Debt Crisis Center, 89 percent of borrowers are unable to resume payments at the end of January with 21 percent saying they will never be financially secure enough to resume payments.

The State University of New York at Oneonta, one of the two major colleges in Otsego County, is no stranger to student debt issues. Director of Financial Aid Melissa Allen said she tells families that the debt students take on is an investment in their future.

“When you take all the bad press about student loan debt, many of them don’t persist to graduation or go to for-profit colleges,” Ms. Allen said in a conversation with The Freeman’s Journal/Hometown Oneonta. “I try to remind families that student loan debt versus regular consumer debt is an investment in the future. Student loan debt is good debt in the grand scheme of things.”

“That is in large part due to the quality of our education,” Ms. Allen said. “SUNY does a great job in making jobs attainable.”

Gianna Boveri, 24, studied psychology at SUNY Oneonta and graduated in 2020 during the height of the pandemic. She said delaying the student loan payments doesn’t necessarily make her feel better about her predicament.

“It’s really difficult to imagine starting to pay loans when I barely make enough money for rent and food,” Ms. Boveri said. “With the continual delays from Biden, there is always more of a feeling of impending doom rather than relief. The idea of having my own house with a car and having to have multiple insurances to pay for while paying my loan seems like a complete pipe dream, and I’m sure many people in my generation can resonate with that.”

Polling by Morning Consult shows a vast generational divide between those who believe student debt should be forgiven either partly or fully and those who don’t.

Millennials are most likely to support student loan debt forgiveness while almost half of baby boomers oppose it.

Earlier in December, it appeared President Joe Biden would let the moratorium on student loan debt expire, with press secretary Jen Psaki communicating that the administration would help borrowers prepare for payment in February 2022. But President Biden relented as the Omicron variant surged throughout the nation.

“We know that millions of student loan borrowers are still coping with the impact of the pandemic and need some more time before resuming payment,” President Biden said in a statement.

President Biden’s move was praised by the likes of Senator Elizabeth Warren (D-Massachusetts) in a Tweet celebrating the announcement. However, the Biden Administration has not yet gone as far as to forgive student debt, a priority for many congressional progressives.

Vice President Kamala Harris has said in a recent interview with CBS that the Biden Administration
is looking at ways to “creatively” address student loan debt.

During the 2020 campaign, Mr. Biden pledged to cancel $10,000 worth of an individual’s student debt. To date, he has focused instead on extending existing programs for student loan debt, including the Public Service Loan Forgiveness program, which forgives debt for those who work as police officers, firefighters, or in other public service jobs. He relaxed some of the rules associated with the program, resulting in the discharge of $2 billion worth of debt, according to the U.S. Department of Education.