Rose To Engineer In 18 Years On D&H 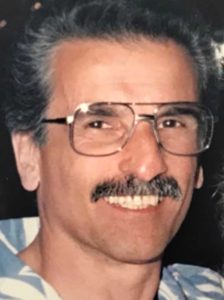 In 1964, he moved his family to Oneonta, where he was employed by D&H Railroad as a trackman, trainman, fireman and finally as an engineer. After 18 years on the railroad, he retired in October 1982.

Sonny also served in the Naval Reserves from 1955 until his honorable discharge in 1963.

He is survived by his daughter, Gina Amatucci and her husband, Bernard Mater V; daughter Kathleen Bentley and her husband, Brett; granddaughters Jayme, Jessica, Samantha and Sierra; brothers and sisters-in-law Thomas and Patricia Burriesci, Dennis and Maureen Tobin, Harry and Florence Nespoli, Pete Menghi and William Coakley; and many nieces, nephews and their families.

A private graveside ceremony will be held at a later date.

To offer condolences to the family, visit at www.grummonsfuneralhome.com.
Arrangements are by Lester R. Grummons Funeral Home of Oneonta.