State Zigged To Democrats,
But County Zagged To GOP 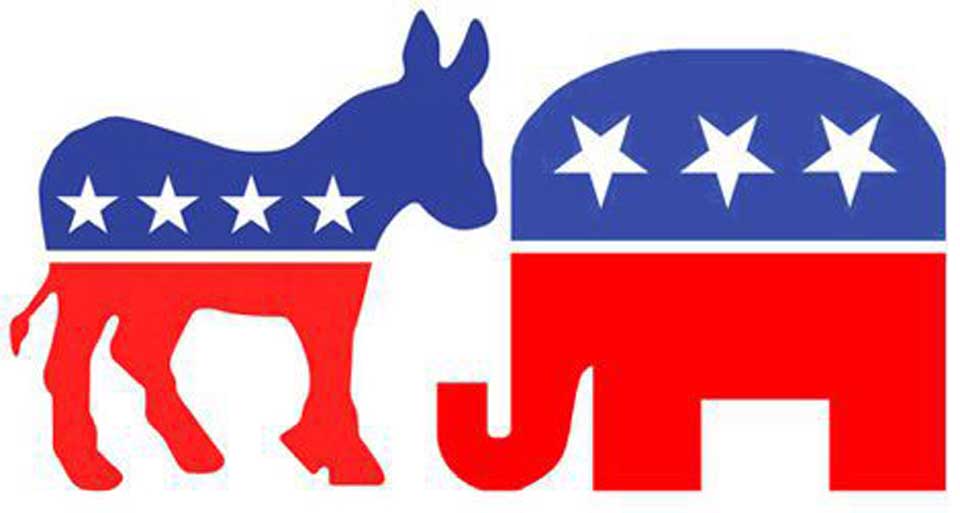 The Wall Street Journal headline was sly: “Blue Wave Breaks Softly.”
The article reported that, as of Nov. 6, Election Night, Democrats gained 27 Congressional seats in the midterms, regaining control of the U.S. House of Representatives.
That pales compared to Democrats losing 63 in the first Obama midterms in 2010, and losing the House as well; still, even one-vote control is control. (As canvassing ensued, it looks like Democrats may end up with plus 35 to 40 new seats; still, not the GOP Armageddon some were salivating over. And Republicans increased their margin in the U.S. Senate.)
•
Whatever – nationwide. But when you look at New York State government, the Blue Wave broke hard Upstate, not least over Otsego County, with some unnerving implications.
The state Senate zigged, turning from enduringly Republican to Democratic, a feat accomplished for only two years in a half-century.
But Otsego County zagged: With the loss of Democratic Assemblyman Bill Magee of Nelson, the one state senator and four assemblymen representing our county are all Republicans, about to dive into a Democratic sea.
That can’t be good.
State Sen. Jim Seward, R-Milford, who will be operating without Magee’s steady support in the Democratic House for the first time since 1991, said he’s used to working in a bipartisan manner.
In an interview, he used the term “equitable distribution” twice, hoping the Democrats will extend the concept that has allowed the state’s largesse to be enjoyed statewide.
That would be great, but we’ll see.
More of an issue than Democrats and Republicans is Upstaters vs. downstaters, Seward observed. Only three of the state’s 30 senators are from north of Westchester County. It will be interesting to see how that plays out.
The GOP county chairman, Vince Casale, addressed the legislative picture. Now in control of Assembly, Senate and Governor’s Office, he predicts Democrats will seek to legalize marijuana as soon as January, and will press for adoption of the NY Plan, Medicare-like coverage for all Empire Staters – exciting, but perhaps bankrupting.
Depending how hard and fast the Democrats push, what went around in 2018 may come around in 2020.
Meanwhile, even local Democrats are a bit uneasy. Richard Sternberg, the Cooperstown village trustee who is also a member of the state Democratic Committee, said he hopes that, since our mayors are Democratic (Oneonta’s Gary Herzig and Cooperstown’s Ellen Tillapaugh Kuch), the funds will keep flowing.
And, as architect of Democratic gains on the Otsego County Board of Representatives last year, Sternberg is looking ahead to creating a majority next year; he’s only one seat short.
Given the new Albany reality, becoming aligned with the ruling party only makes sense, his remarks suggested.
•
If anything, we here in Otsego County compounded the zag by voting heavily for Marc Molinaro, Democratic Gov. Andrew Cuomo’s Republican challenger.
Arguably, Cuomo’s done more for Otsego County than any governor in decades, Democrat or Republican, and did so by embracing an all-American principle: competition.
The governor’s concept – divide the state into 10 regions and make them compete for state economic-development funding, and may the best ideas win – was brilliant.
In the past five years, Otsego County has competed and competed well, winning millions annually through CFAs; (the next round of “consolidated funding application” grants is due to be announced in December). Plus, remember Oneonta’s DRI.
•
In the world of New York State realpolitik, here’s more good news in the returns.
While the county as a whole supported Republicans, Oneonta and Cooperstown are strong Democratic enclaves, supporting Senator Seward, the county’s favorite son, but breaking blue on everything else.
Oneonta, for its population, and Cooperstown, for its iconic status, are not to be ignored, whatever party controls the state political apparatus.
Whoever’s in charge in Albany, there’s a lot to be done here, so fingers crossed.