PANCAKES, MORE EACH SUNDAY IN MARCH

Spring Can’t Be Far Behind 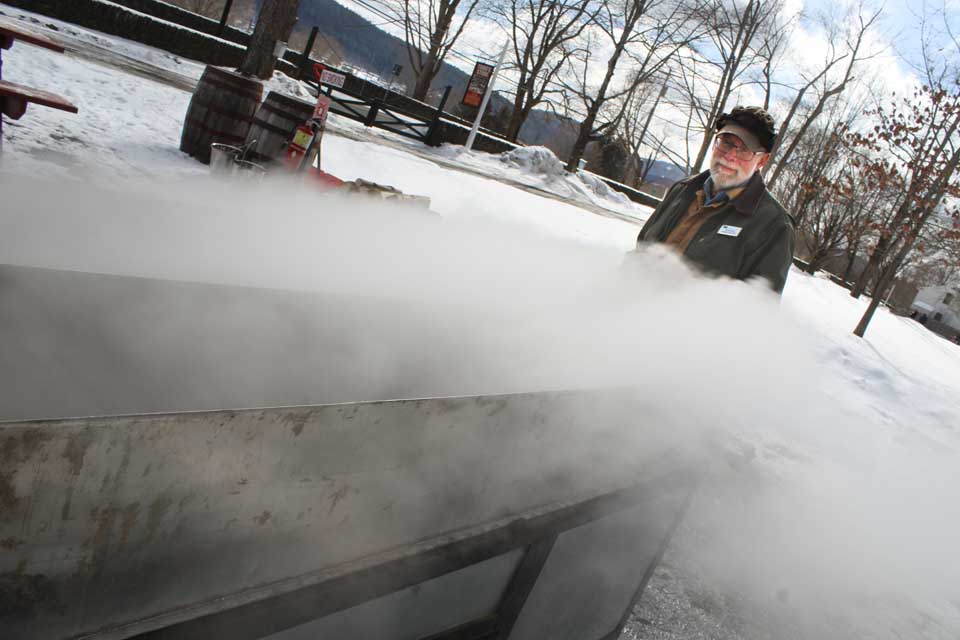 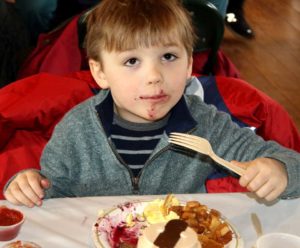 Temperatures in the teens made it look like The Farmers’ Museum volunteer Steve Davis (top photo) was walking on a cloud, as he manned the syrup-making evaporator on the museum’s grounds on the shores of Otsego Lake, Cooperstown, part of the demonstrations that accompanied the pancake, eggs and sausages that are all part of Sugaring Off Sundays, which are planned (this year, and traditionally) each Sunday in March.  How was the food?  Jase Moore’s face says all you need to know.  The 6-year-old (inset, right)  was attending from Hartwick.  (Jim Kevlin/AllOTSEGO.com)