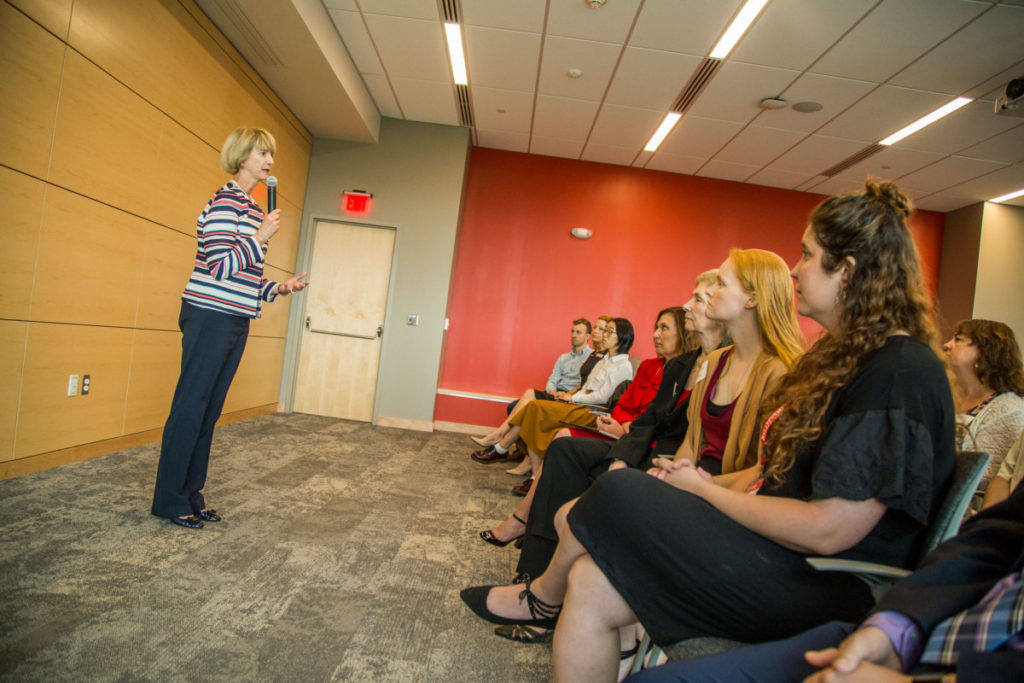 State University of New York Chancellor Dr. Kristina M. Johnson visited SUNY Oneonta this morning, and answered questions in front of a large audience in the Welcome Center. Johnson, who was scheduled to visit in April but had to cancel, revealed that a she had suffered a 3rd degree heart blockage which prevented her from making the trip to Oneonta in the spring. Johnson joked about the issue, saying that the pacemaker that she received was invented by a SUNY student. “So I’m thrilled to be here in Oneonta, but I’m also just thrilled to be alive, and its all thanks to the SUNY system,” she said. (Parker Fish/AllOTSEGO.com)