It’s unclear whether a Town Planning Board effort to have the “Trump 2024” billboard on Route 28 removed is going anywhere.

The town Planning Board was expected to take the issue up Monday, Feb. 1, but the meeting at the town hall in Portlandville was cancelled due to the snowstorm.

Meanwhile, Town Zoning Officer Barbara Monroe drew a line in the sand, saying she has the sole authority to levy fines when zoning violations occur, not the Planning Board.

I have no intention of writing a violation on that sign,” at least for now, she said Monday.

“It’s not really a planning issue,” he said. “The town has zoning regulations.”

And Town Clerk Rosemary Aborn and Zoning Board of Appeals chairman Al Bullard both said they’re not aware the issue is on this month’s agendas of the town board or ZBA.

Events were set in motion two weeks ago, Village Mayor Brian Pokorny said, when two town Planning Board members approached him, advising him to remove the billboard or face fines; no amount was specified.

END_OF_DOCUMENT_TOKEN_TO_BE_REPLACED

GOP Nominates Businesswoman To County Board

The candidate, who also has experience in local government and community service, called it “a wonderful opportunity. I’ve always believed in public service and giving back to the community. I hope my experience will not only be a benefit to District 6, but to the county as a whole.”

END_OF_DOCUMENT_TOKEN_TO_BE_REPLACED

IN CRISIS, IBM SPOTLIGHTS IT DIRECTOR

Editor’s Note:  Reprinted from this week’s Freeman’s Journal & Hometown Oneonta newspapers, this is the first of “From The Front Lines” profiles of key players in our community’s fight against the coronavirus.

COOPERSTOWN – A few years ago, Otsego County government was planning a $1.2 million microwave loop – down Route 28, up Route 33 – to connect its Main Street headquarters with The Meadows and county jail.

“I got to thinking a bit,” said the county’s IT director, Brian Pokorny.  “I knew we could put fiber optics in for cheaper than that, and we would have unlimited bandwidth.”

Instead of stringing the wire, “Why can’t we bury it?” he asked Ron Tiderencel, the county highway superintendent at the time.

And so it was.  Tiderencel’s highway crew dug the ditch from 197 Main to The Meadows, laid a culvert, and a fiber optics company pulled the wire through.

END_OF_DOCUMENT_TOKEN_TO_BE_REPLACED

COOPERSTOWN – When  computer behemoth IBM issued an internationally distributed press release yesterday on its “Watson Assistant For Citizens” tool for ensuring citizens get the information they need during the coronavirus threat, it listed Otsego County among its pioneering customers.

“The AI solution from IBM will be a great resource for the county’s residents and will help alleviate call-center volume to allow county employees to dedicate efforts elsewhere,” IBM quoted Brian Pokorny, the county’s director of Information Technology, as saying.

END_OF_DOCUMENT_TOKEN_TO_BE_REPLACED

MILFORD – The Village of Milford is closing its Wilber Park from 9 p.m. to 7 a.m. after “continual unlawful activity” there, Mayor Brian Pokorny announced today.

While providing no details, Pokorny said “last night’s activities are being investigated” by the county Sheriff’s Department.

“Law enforcement will be expanding their coverage in the park,” the mayor continued. “Violators may be charged. (IMO, no reason for teens to be in the park at 2 a.m.)”

Or in any of 90 other languages.

Also, adapting to new ADA requirements means the redesigned site will adjust to whatever the size of your screen might be, from hand-held to huge.

For now, this is what Otsego County IT Director Brian Pokorny most wants you to know:  Don’t Google if you’re looking for a county office or service.  Just go to www.otsegocounty.com and type it into the search line.

END_OF_DOCUMENT_TOKEN_TO_BE_REPLACED

No Data Breached, IT Director Reports 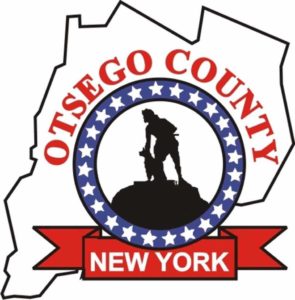 COOPERSTOWN – The Otsego County Government network has experienced a significant cyber attack believed to be due to a “zero-day”* vulnerability, Brian Pokorny, director/information technology, announced a few minutes ago.

In an abundance of caution, the county’s website, as well as some other services, have been taken offline and are undergoing a rigorous security review, he said.

END_OF_DOCUMENT_TOKEN_TO_BE_REPLACED 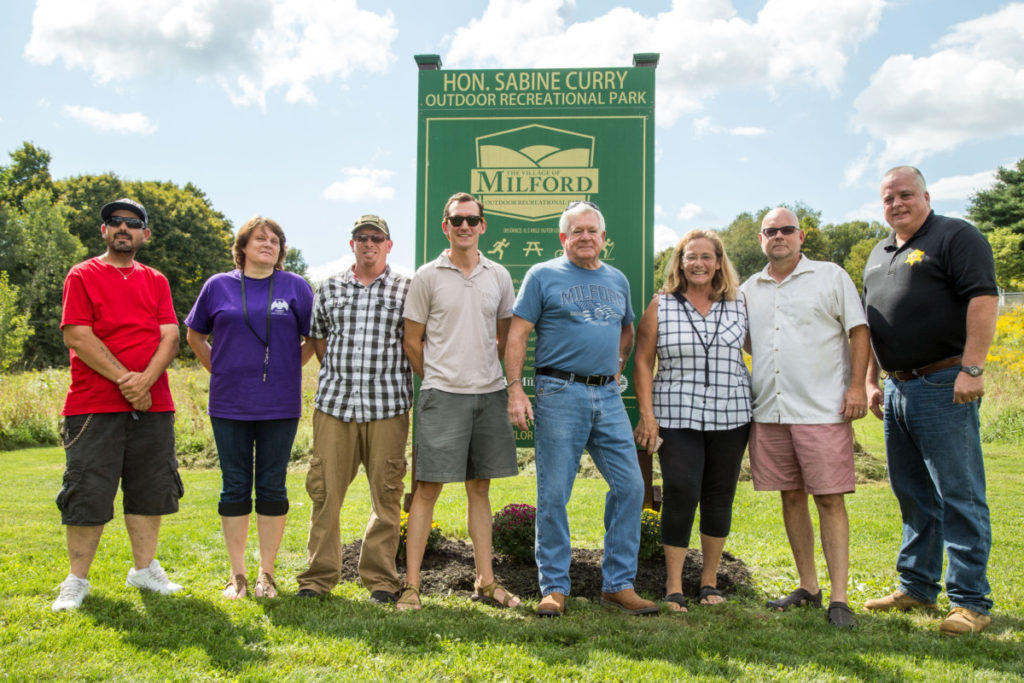 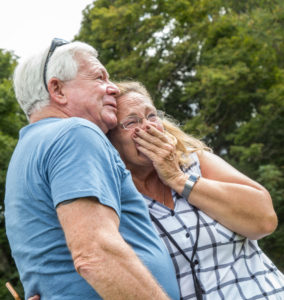 After serving as mayor for the Village of Milford for 20 years, Sabine Curry now serves as the manager of the Milford Farmers’ Market. Today, the village recognized her service by naming a new Milford Community Park at the village’s north end in her honor. The dedication was a surprise to Curry, who reacted with tears as the sign was unveiled. The newly dedicated Sabine Curry Outdoor Recreational Park is the village’s newest park, and has served as the home for the village farmers’ market which, under Curry’s management, opened this year.  At today’s noontime announcement are, from left, Assistant DPW  Chief John Muir, Village Clerk Kitty Ruling, Village DPW Chief  Paul Francis, Trustee Taylor Brose, Deputy Mayor Dave West, Sabine Curry, Mayor Brian Pokorny and Otsego County Sheriff (and village resident) Richard J. Devlin, Jr.  Inset, West hugs Curry after the announcement.  (Parker Fish/AllOTSEGO.com)

COOPERSTOWN – Otsego County government phone lines are down due to an issue with the county’s telephone provider. according to a press release by Brian Pokorny, IT director for the county.

Pokorny believes the issue will be resolved within a few hours.

ON SALE AT THESE FINE ESTABLISHMENTS

Otsego County Relay for Life To Be Hosted In Milford Park

To Be Hosted In Milford Park

MILFORD – The Otsego County Relay for Life a few minutes ago announced a new location for its 2017 fundraiser, which is coming up May 20:  Historic Wilber Park in the Village of Milford.

Mayor Brian Pokorny and the Village Board welcomed the news.  “Events like this are what small communities are all about,” Pokorny said.  “We wish the organizers great success raising money for such a worthy cause and hope they return for years to come.”

The relay, on a Super Hero theme, will be 11  a.m.-10 p.m .  It previously had been planned for the Clark Sports Center.

END_OF_DOCUMENT_TOKEN_TO_BE_REPLACED

MILFORD – Brian Pokorny, the county’s director of information technology, was elected mayor of the Village of Milford tonight.  He had been serving as deputy mayor.

Taylor Brose, a Democrat, was elected to the single vacancy on the Village Board, over Republicans Bill Tallman and Michael Strong.