END_OF_DOCUMENT_TOKEN_TO_BE_REPLACED

Last week, parents of athletes looking to attend the Cooperstown Dreams Park experience this summer, were notified that in order to participate, they will be requiring proof of vaccination for anyone 12 years old and up. Anyone under 12 years old, simply has to provide proof of negative test (however, they did not give a timeframe for how recent that test needed to be).

As you can imagine, there is MASSIVE backlash from parents for this decision, and timing of notification, as well as the numerous things grossly wrong with these requirements. First, and foremost, there is not even a vaccine available or approved for use in anyone under the age of 16. At this point, there is only ONE vaccine available for 16- to 18-year-olds, and ZERO available for anyone younger than that. So, they are putting a requirement for play, that is completely unattainable. That’s like saying the grass needs to turn purple in order for anyone to be able to attend. Those that were able to get through to CDP yesterday, and speak to someone about this egregious plan, state that CDP told them that they will be taking the summer on a week by week basis, and if the vaccine isn’t available for an upcoming week, then they will simply cancel that week and move onto the next one.

Leaving people out all of their entry money, travel expenses, lodging expenses etc, and they claim that they are FIRM on this policy.

END_OF_DOCUMENT_TOKEN_TO_BE_REPLACED

Those are the two concepts people in government and the tourist industry are using in discussing the news that the two youth-baseball camps, Dreams Park in Hartwick Seminary and All Star Village in West Oneonta, are seeking permission to open someway, somehow, in the 2021 season.

“If they can conform to the state’s requirements and do it safely, they should be allowed to open,” said Cooperstown Mayor Ellen Tillapaugh Kuch. Others interviewed echoed her sentiment.

Dreams Park is planning to extend its season from May to September, with fewer players, who would stay on-campus, as in the past.  (Early, it was incorrectly reported that the players would stay off-campus.)

All Star Village issued a more general statement, saying it would implement all health and safety measures, and concluding, “As things change we are confident restrictions will expire and we will update.”

END_OF_DOCUMENT_TOKEN_TO_BE_REPLACED 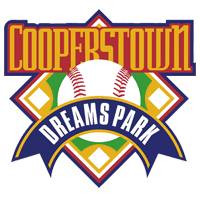 COOPERSTOWN – Citing the “best interest” of community, employees and traveling players and families, Cooperstown Dreams Park has announced it will be closed for the 2020 season.

“Cooperstown Dreams Park was hoping to avoid this outcome,” says a letter on its website. “But it is the only responsible course of action.”

All teams will receive a 100 percent refund or the option of future participation, and employees will remain at work “to the extent permitted by the mandates of Governor Cuomo.”

END_OF_DOCUMENT_TOKEN_TO_BE_REPLACED

FROM DREAMS PARK TO FORTUNE

Baseball star Bryce Harper, now 26, who played at Cooperstown Dreams Park in 2003-05, has just signed a 13-year, $330-million contract with the Philadelphia Phillies, the largest contract in MLB and pro-sports history.

He was born on Aug. 1, 1956, in Oneonta, son of the late Clayton and Bessie (Houck) Bullis. He  graduated from Franklin Central School.

END_OF_DOCUMENT_TOKEN_TO_BE_REPLACED

AVAILABLE AT THESE FINE ESTABLISHMENTS TODAY

The Many Flags At Dreams Park

At Half-Staff After Presutti Dies

Born and raised in Olean, the son of Louis and Lena DiCerbo Presutti, Louis attended Olean High School before enlisting and serving in the Army for four years.

END_OF_DOCUMENT_TOKEN_TO_BE_REPLACED

Presutti Dreamed Of Parks Across U.S.

Of Parks Across Nation

Editor’s Note: This profile of Lou Presutti II and report on his vision of founding youth-baseball parks nationwide appeared in The Freeman’s Journal on June 17, 2010. The dream was never realized, but Cooperstown Dreams Park continued to flourish and grow up until the time of Mr. Presutti’s death on Wednesday afternoon.

COOPERSTOWN – Fifteen-hundred young baseball players will be converging on the Cooperstown region every week through Labor Day.

Over the 13 weeks, the Cooperstown Dreams Park players and their families – more than 60,000 people in all – will fill the region’s hotels, pack the restaurants and make cash registers ring along Baseball’s Main Street.

For 14 years, this has been a unique Otsego County experience, but the experience is about to go nationwide.

In an interview, Dreams Park owner Lou Presutti II said his organization has reached agreement with the City of Newberry, Fla., to begin construction of a second, 16-field Nation’s Park this fall.

END_OF_DOCUMENT_TOKEN_TO_BE_REPLACED

COOPERSTOWN – Private calling hours for Cooperstown Dreams Park founder Lou Presutti, 75, who passed away Wednesday afternoon, July 6, at the Hartwick Seminary facility, are underway at this hour at the Tillapaugh Funeral Home.

Word is that Mr. Presutti passed away while taking a nap.

While private, a substantial crowd had appeared for the viewing, including a substantial part of the Dream Park staff.  The phones were not being answered at the park at this hour; this is also the shift day, when this week’s Dreams Park players have departed, and next week’s have not yet arrived.

END_OF_DOCUMENT_TOKEN_TO_BE_REPLACED

COOPERSTOWN – Word is circulating that Lou Presutti II, 75, who founded Cooperstown Dreams Park 20 years ago and changed the economy of northern Otsego County, has passed away.

Matt Hazzard, executive director of the Cooperstown Chamber of Commerce, posted this tribute on Facebook:

“Hard to hear of the death of Cooperstown Dreams Park owner Lou Presutti. Umpired there for a couple years and he treated me very well. A strong supporter of the Cooperstown Chamber, his vision has left a lasting impression on Cooperstown and our region. RIP ‪#‎wearecooperstown”

On Twitter, and Bryce Harper, a Dreams Park graduate who is now playing for the Washington Nationals, has posed a tribute on Instagram.

In Today’s Relay For Life