Puncher's chance: Fighting is up during unique NHL playoffs

“We’re asking you to take better care of the students and then we’ll trust you more.”

However, School Super-intendent Bill Crankshaw said he isn’t sure what the school district will do next.

The PTA meeting offered the first forum to discuss bullying since two high school students reportedly insulted and beat a student they perceived as gay, recording it on a cellphone.

On June 3, the PTA sent an email reiterating it is committed to “ensuring a safe, inclusive school environment for all students” and invited teachers, parents, administration and students to attend the meeting and “discuss the issue in an open forum.”

However, the PTA officers, teachers and Crankshaw cautioned they could not discuss a “specific incident” of bullying, especially names of students involved, because that information was confidential.

“We are here to protect everyone, staff and students,” Crankshaw said. “I will say publicly, though, we are taking things very seriously.”

Parents and students said they’re concerned the school administrators isn’t doing enough, especially in assuaging students’ fears that they are being ignored.

One student said, “I was afraid on the day of the incident it would get pushed to the back burner, then we’d get a tepid response, and nothing would change.”

Another parent, who did not want her name cited, said, “We have no confidence in the administration. How do we know you have my kids’ back?”

Several parents urged school administrators to address the student body and to make a “strong statement, so the kids know the grownups are protecting them.” But Crankshaw said he had not decided yet whether or not he would hold such a meeting.

“We follow up reports of discipline problems according to our Code of Conduct, which has five different levels of intervention depending on the situation,” Crankshaw said.

“One level is lunch detention, another is after school detention, and then it increases to after-school suspension and expulsion.”

He cautioned that all sorts of factors were involved that people are unaware of. 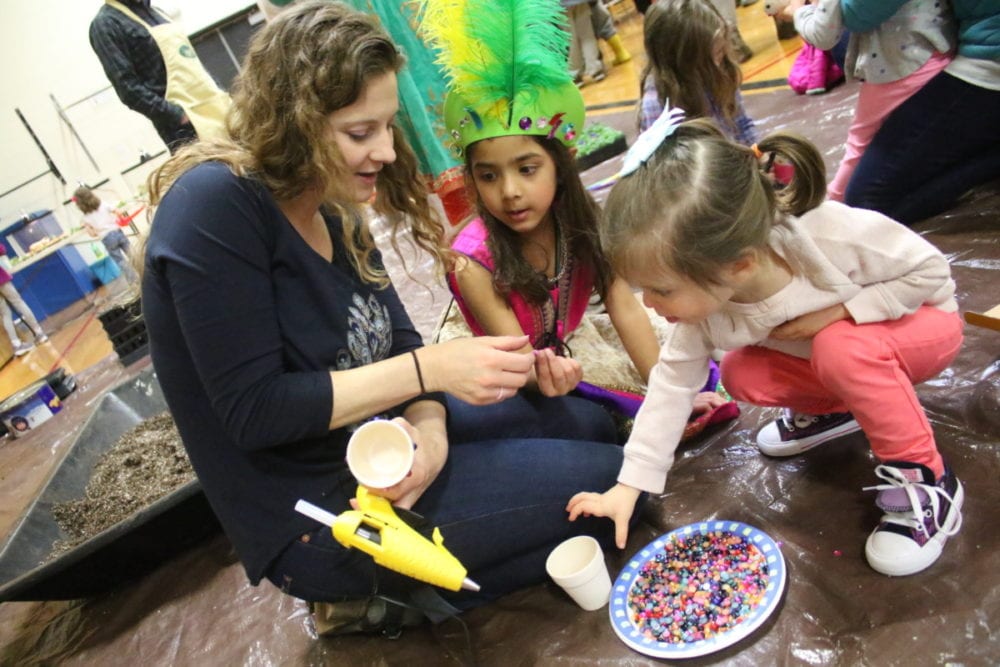 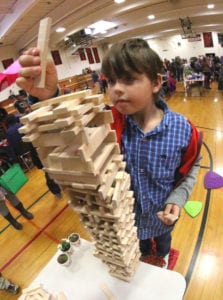 COOPERSTOWN – Kids and their families enjoyed a day of fun at the Cooperstown Central School District PTA’s annual Crayon Carnival, held this afternoon in the middle school gym.  Above, Gillian Spencer, Cooperstown, helps Avni Pattel and Meara Foster decorate flower posts with beads and paint at the station hosted by the Cooperstown Farmer’s Market and Carefree Gardens. Right, Peter Doyle, Worcester, displays his architect skills as he builds a tower from blocks at the Oneonta World of Learning station. The annual event also featured International tables. a cupcake contest, games, fortune telling and a reptile show.   (Ian Austin/AllOTSEGO.com)