New York’s shake-up of congressional precincts has left the 21st District red and in need of a political candidate primed for a creative winning ticket. Elise Stefanik, who can’t strut her incumbency because of a historic dereliction of duty owing to January 6th, will face off against the primary victor in the contest between Matt Castelli and Matt Putorti. A moderate and progressive respectively, whoever is tapped will set in stone the Democratic party’s real chances in the general election. Boundary reform in the 21st has left Democrats less-than-optimally positioned for victory in November, yet a partnering democratic stance, like that of Matt Castelli, is the key to coalition building and the foundation of a successful campaign against Elise Stefanik.

Progressive candidates like to insinuate that moderate Democrats fail to “take a stand” on important matters. In truth, they cling to a false equivalency between tempered politics and a supposed surrender to rival views. Coalition, compromise, and a willingness to seek the support of a majority of NY-21 voters requires stances that resonate with the majority of our individual views. With the integrity of our democracy at stake, choosing to constitute the level-headedness of the central American voter is a powerful and meaningful move to save our country. In our political climate, moderation is an olive branch to democracy and could very well be the basis of the coalition which saves it.

I read and re-read the letter from Nancy last week. Otsego County has a long history of being moved from district to district. Sometimes we are split west to east, and sometimes our entire County flops from west to east.

Now we are being split in half north to south. This is not the fault of the people running for Congressional Office. This is the fault of population loss plain and simple.

END_OF_DOCUMENT_TOKEN_TO_BE_REPLACED 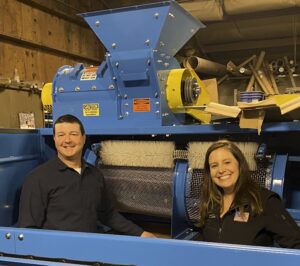 As for New York-specific politics, Congresswoman Stefanik said she welcomed upstate native Harry Wilson into the now-four-candidate race to run as the Republican candidate for END_OF_DOCUMENT_TOKEN_TO_BE_REPLACED