END_OF_DOCUMENT_TOKEN_TO_BE_REPLACED

Spectators across Otsego County have plenty of opportunities to ooh and ahh this holiday weekend, as local fire departments, historical societies, museums, and other civic groups host parades, concerts, ceremonies, and, above all (literally!), fireworks displays to mark our nation’s Independence Day celebrations. Many of the events on tap are the first in-person festivities since 2019 – and here are the notices we’ve received at press time.

The Cooperstown Fire Department hosts its fireworks display on Friday, July 1, with a Cooperstown Community Band concert at Lake Front Park beginning at 8 p.m. and fireworks beginning at dusk. They’ll be shooting the noisy colors into the sky from Fairy Springs, so everyone at the park, the Otesaga, and along the shore will get a great show. Rain date: July 8.

The village of Laurens hosts its parade on Saturday, July 2, with a celebration to follow at Gilbert Lake State Park featuring a band concert, crafts, and an evening bonfire with s’mores.

Davenport Center hosts fireworks on Sunday, July 3 beginning at 8:45 p.m., and our readers in and around Richfield Springs can head to Canadarago Lake on July 3 for a picnic dinner and concert beginning at 6 p.m., with fireworks to follow at dusk.

Oneonta has a big day planned for Monday, July 4, featuring a parade down Main Street beginning at 1 p.m., entertainment, activities, and vendors in Neahwa Park from 2 p.m. until 11 p.m., fireworks at 9:30 p.m., and concert presentations from Hanzolo and Driftwood.

The Town of Springfield hosts its big parade on July 4, stepping off at 11 a.m., leading to a barbeque, quilt show, concert by the Cooperstown Community Band, and historical displays – including a new timeline created by the Springfield Historical Society tracing the history of the town, including displays in the museum covering the ‘Gilded Age’ of grand estates along the shores of Otsego Lake. The day concludes with a free concert at Glimmerglass State Park by The Council Rock Band beginning at 7:30 p.m. The evening closes with a fireworks display over the north end of Otsego Lake.

July 4 at The Farmers’ Museum brings a traditional 1840s celebration from 10 a.m. until 5 p.m., featuring a dramatic reading of the Declaration of Independence, barbecued food, and family fun activities. Starting at noon, watch as the Declaration of Independence is read aloud on the Bump Tavern Green. Take part in the 13 celebratory toasts as our Founding Fathers did with lemonade made from an 1840’s recipe. Sit for an old-fashioned tintype portrait (weather permitting, $30 per 4 x 5 tintype). 19th-century children’s games will be provided for family play on the Bump Tavern Green. During the event, museum artisans will demonstrate traditional blacksmithing, letterpress printing, and other trades throughout the day. At the print shop, you can pick up a copy of our 1840’s lemonade recipe, printed on the museum’s Liberty Job Press. Everyone can snack on cotton candy, ice cream, and slushies; events unless otherwise noted are free with paid museum admission.

July 4 celebrates America’s Pastime at the National Baseball Hall of Fame and Museum commemorating not just the country’s 246th birthday, but also the 83rd anniversary of Lou Gehrig’s famous farewell speech. The museum offers the following events free with paid admission: a Plaques of the Gallery Tour begins at 10:30, educating visitors about the process by which each plaque is made; An artifact spotlight begins at 11:30 and will include discussion by Hall of Fame staff regarding unseen items from its collection of more than 40,000 artifacts not currently on display – highlighting Lou Gehrig items; and at 1:30, a guided tour of the Hall honoring the famous Lou Gehrig “Today, I consider myself the luckiest man on the face of the Earth” farewell speech.

In Oneonta, the Greater Oneonta Historical Society will give tours of the historic Red Caboose, on Francis Marx Drive in Neahwa Park, will be open to the public during the Hometown Fourth of July. Bob Brzozowski and Bhanu Gaur will tell visitors about the story of the Caboose and its importance in US labor and railroad history. This free event will take place from 2 p.m. until 6 p.m. on July 4.

Event descriptions and times are accurate at the time of publication; please contact your localities for more information about these and other events that are not listed here.

END_OF_DOCUMENT_TOKEN_TO_BE_REPLACED

CELEBRATION – 10 a.m. – 5 p.m. Celebrate the nations independence with sights and souds of the 18th century. The Farmers’ Museum, Cooperstown. 607-547-1450 or visit www.farmersmuseum.org/event/independence-day-celebration/

INDEPENDENCE DAY PARADE – 1 p.m. The parade will line up at Noon at Foothills and proceed down Main Street to Neahwa Park for remarks and festivities. All essential workers are invited to participate and will have a chance to win door prizes from local businesses when they register. Bassett CEO Tommy Ibrahim will be serving as Grand Marshall. Main Street, Oneonta. Visit www.facebook.com/FNOneonta/

INDEPENDENCE DAY FESTIVAL – 2 – 11 p.m. After the Parade enjoy food, entertainment on the main stage, support local artisans, and much more at the festival. Mayor Gary Herzig and mayoral candidates will be presenting remarks to honor our essential workers. Neahwa Park, Oneonta. Visit www.facebook.com/FNOneonta/

INDEPENDENCE DAY FIREWORKS – 9:30 p.m. Five Star Subaru will be presenting the fireworks display, dedicated to Essential Workers, which will be ‘twice as intense’ as years past. Neahwa Park, Oneonta. Visit www.facebook.com/FNOneonta/

END_OF_DOCUMENT_TOKEN_TO_BE_REPLACED

Lights Light Up Sky Over Cooperstown 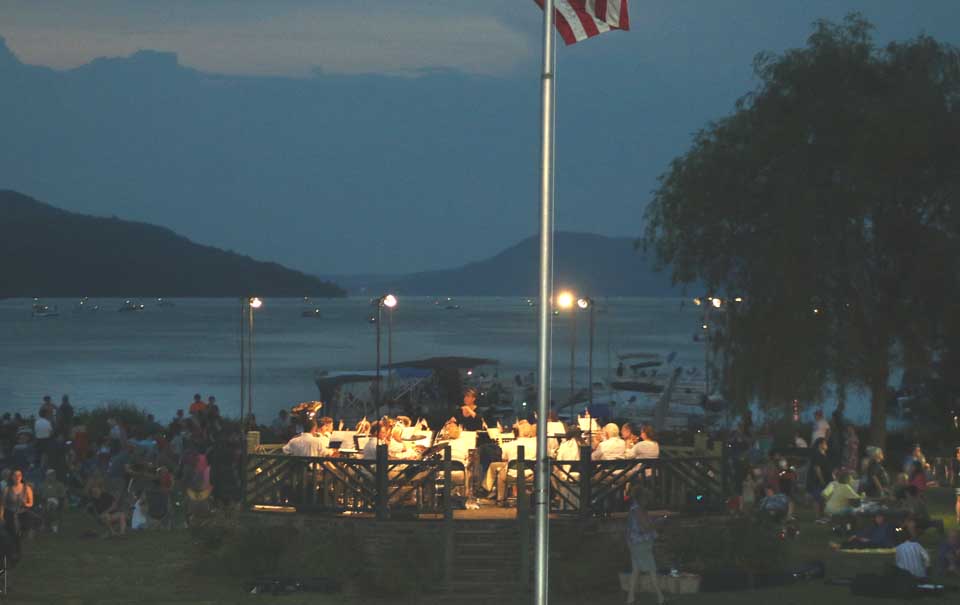 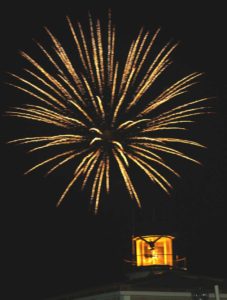 Hundreds of local folks and visitors listened to the Community Concert Band, directed by Julie Solomon, performed “Stars & Stripes Forever” this evening in Cooperstown’s Lakefront Park, with Otsego Lake as a backdrop.  Fireworks followed to rousing applause.  With fireworks last evening in Oneonta, and parades there and in Springfield Center, this evening’s activities signalled the end of this year’s Fourth of July celebration.  (Jim Kevlin/AllOTSEGO.com)

END_OF_DOCUMENT_TOKEN_TO_BE_REPLACED

NO FIREWORKS – An item that appeared here for a few minutes was incorrect:  Fireworks are planned Friday, July 5, at Brookwood Gardens, not tomorrow.

END_OF_DOCUMENT_TOKEN_TO_BE_REPLACED

A Wrinkle In Time

At The Sports Center

END_OF_DOCUMENT_TOKEN_TO_BE_REPLACED

Oneonta Fireworks Go Off With A Bang

Go Off With A Bang

Independence Day!
OPEN – 9 a.m. – Noon. This independence day learn about Adam Helmers run to warn the colonial army of an attack by the Indians and Tories. Find this and more about Edmeston’s early settlers. Edmeston Museum, 1 North St., Edmeston. Call 607-293-6635 or visit https://www.facebook.com/EdmestonMuseum/

PARADE – 10 a.m. Celebrate the independence of United States of America followed by a BBQ with musical entertainment at the Sharon Springs Central School. This years parade them is ‘Music of America.’ Start at Dairyland, 664 St. Hwy. 20, Sharon Springs. Proceeds west on Rt. 20 to the Athletic Field, Chestnut St., Sharon Springs. Call 518-860-5513 or visit http://sharonspringschamber.com/events/