A coronavirus outbreak swept through Fox Nursing Home mid-January, sickening 97 staff and residents, and ultimately killing 12 of the residents.

“After more than 10 months with no resident cases, the outbreak occurred suddenly with half of the total cases occurring within a week of onset,” Fox Hospital spokesperson Gabrielle Argo confirmed.

The first COVID cases among residents were confirmed on Jan. 14, and the first death occurred two days later.

Among the victims were Patricia O’Brien of Oneonta, who died Jan. 24 in the nursing home’s Unit One, after living there seven years.

Another was Bernice Marlette, Mount Vision, three days later on her 99th birthday.

Frances Sokol, a Quaker activist from Unadilla who once met Eleanor Roosevelt, turned 100 in December. Before she died with COVID on Feb. 4, she complained to her daughter how the oxygen made her throat feel so dry.

The most recent death was this Monday, Feb. 8.

END_OF_DOCUMENT_TOKEN_TO_BE_REPLACED 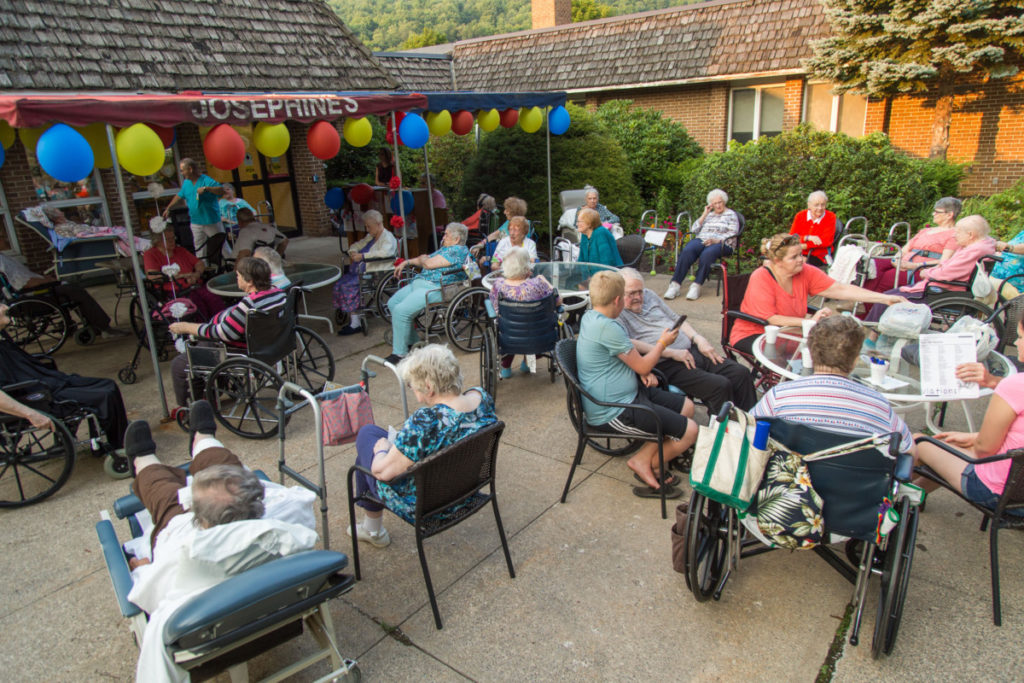 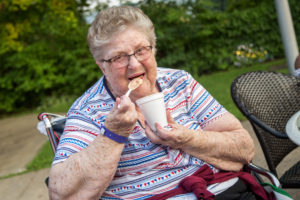 Out of 130 total residents at the Fox Nursing Home in Oneonta, 75 gathered to enjoy an evening of ice cream and music to celebrate the end of summer. Nursing supervisor Chris Brooks organized the event, with the help of residents like Vivian Nelson, pictured at right, who helped create signs to get the word out for the event. Many nursing home staff members came back to the home on their night off to enjoy the evening with the residents. (Parker Fish/AllOTSEGO.com)

ONEONTA – It is with sadness and joy that the death of Susan Lynch, 84, on March 25, 2018, is told: Sadness for the loss of her and joy for her that she is now with family members and friends she loved and missed who are no longer on this earth.

She lived and worked on the family farm and a neighbor’s farm while young until she went to work off the farms at age 14.

END_OF_DOCUMENT_TOKEN_TO_BE_REPLACED

ONEONTA – As of tomorrow, Fox Nursing Home is lifting visitor restrictions imposed Feb. 3 due to flu cases in the nursing home.

Even though the restrictions have been lifted, people who feel ill should refrain from visiting.

END_OF_DOCUMENT_TOKEN_TO_BE_REPLACED

Born in Long Island on Oct. 11, 1945, he was the son of the late Peter and Edna (Kaiser) Tuetjer.
John was a p0orter for the Long Island Jewish Medical Center for over 35 years, until an injury in the early 1990s forced his retirement.  At that time, he moved to Delhi where his family had relocated in 1967.  He moved from Hampshire House to Fox Nursing Home last year.