Hear Barrett talk about nominating a Justice during an election

Harry Reid: I do not regret changing the Senate rules

Germany's ex-royals want their riches back, but past ties to Hitler stand in the way

Tech security tip: How to delete private data for good

Maher rips NYT, CNN for dismissing his warnings about Trump not leaving office

END_OF_DOCUMENT_TOKEN_TO_BE_REPLACED 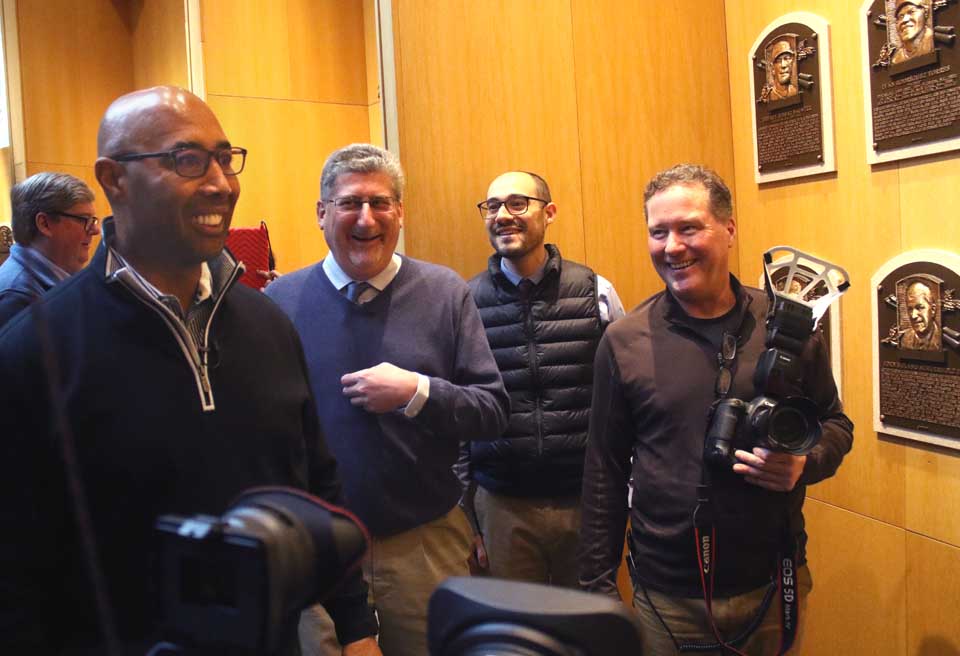 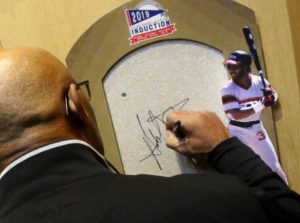 Hitter and right-fielder Harold Baines, who excelled with the Chicago White Sox and other Midwest teams during a 21-year career, breaks into a smile a few minutes ago as he’s shown the spot in the Hall of Plaques where his plaque will hang after his July 21 induction into the Baseball Hall of Fame. Sharing in his joy are, from left, Erik Strohl, vice president/Exhibitions & Collections; Jon Shestakofsky, vice president/ Communications & Education, and the Hall’s official photographer, Milo V. Stewart Jr.  Rear left is Bill Francis, a Hall researcher.  Inset, Baines signs the spot where his plaque will be hung.  Baines is one of six players in the Class of 2019, and the first to go through the traditional initiation.  (Jim Kevlin/AllOTSEGO.com)

Steinbrenner Out, Smith, Baines In At Baseball Hall of Fame

Baines In At Hall of Fame

COOPERSTOWN – Yankees owner and manager George Steinbrenner received fewer than five votes from the 16 member Today’s Game committee, denying him a chance to be enshrined at the Baseball Hall of Fame.

Meanwhile, relief pitcher Lee Smith and White Sox designated hitter Harold Baines will be inducted into the Baseball Hall of Fame as part of the Today’s Game ballot.