INDUCTION – Morning. Celebrate induction of 2020 and 2021 class into the Baseball Hall of Fame. Visit baseballhall.org/visit/hof-2021 for info.

END_OF_DOCUMENT_TOKEN_TO_BE_REPLACED

If you are planning to attend the National Baseball Hall of Fame and Museum Induction, here are some helpful hints:

• Bring water and an umbrella: Things can get hot on the field at The Clark Sports Center, where there is no natural shade and attendees might be under direct sun for more than two hours. This is just as likely on a Wednesday in September as a Sunday in July. So, bring something to drink, apply lots of sunscreen and think about a hat, umbrella or other form of shade. Of course, it could also be mid-60s and raining, so … bring an umbrella either way. If you don’t have VIP seating in one of the Hall designated areas up front, bring a chair or blanket, too. So many people leave their chairs after inductions, one local family organizes a collection of the chairs, followed by a yard sale to benefit the local school and its students. Speaking of the students, there will be lots of them selling concessions, too, either officially to raise money for their senior trips or along the roads to the Induction site, as budding entrepreneurs. So, bringing a couple of dollars for the kids is a good way to say hello to some locals and learn about Cooperstown. END_OF_DOCUMENT_TOKEN_TO_BE_REPLACED

Each year the Hall of Fame Induction ceremony begins with a roll call of members of the baseball community who have passed during the previous calendar year projected on a jumbotron video screen adjacent to the stage where the returning members of the Hall are seated.

This year’s “In Memoriam” recognition stings with a particular poignancy in a continued season of mourning both across the country and within the baseball community devastated by an unparalleled loss of 10 members of the Hall of Fame since the last Induction Ceremony in 2019. END_OF_DOCUMENT_TOKEN_TO_BE_REPLACED 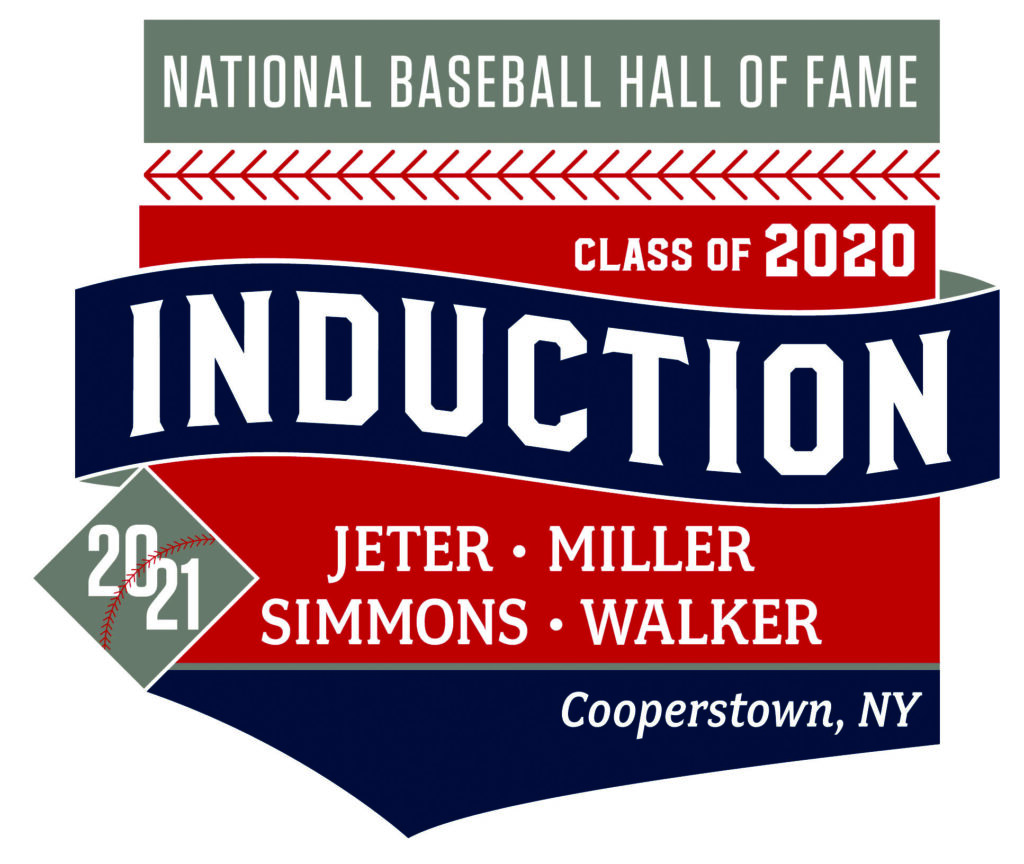 In the lull of the 2013 Hall of Fame Induction, when no living people were inducted and only about 2,000 die-hard fans attended on a rainy day, and some people speculated about the demise of the tradition, keen baseball observers knew the Yankees would be coming to Cooperstown eventually.
When large class after large class started popping big attendance figures for inductions the latter half of the last decade — topping out at 53,000 for Vladimir Guerrero, Trevor Hoffman, Chipper Jones, Alan Trammell, Jim Thome and Jack Morris in 2018 — keen baseball observers whispered, “just wait and see what the Yankee years bring.” END_OF_DOCUMENT_TOKEN_TO_BE_REPLACED

While the Hall of Fame’s induction ceremony has been pushed back to Sept. 8, in order to accommodate the inclusion of fans in attendance on the lawn at the Clark Sports Center, the Hall’s annual Awards Presentation honoring baseball writers and broadcasters is scheduled for Saturday, July 24, as a television only event.

‘Do you Believe in Miracles?’
Perhaps best known for his indelible call of the 1980 U.S. Olympic hockey team’s stunning defeat of Russia in the 1980 winter Olympics, Al Michaels was already a seasoned and accomplished sports broadcaster at the time breaking into baseball with the Pacific Coast (minor) League’s Hawaii Islanders in 1968. The 45th winner of the Frick Award, Michaels assumed the lead broadcaster responsibilities for the Cincinnati Reds in 1971 and the San Francisco Giants in 1974.

END_OF_DOCUMENT_TOKEN_TO_BE_REPLACED

Rivera Only Inductee To Win 100% Backing

COOPERSTOWN  – Jeff Katz thinks that this will be a record-breaking year in Cooperstown.

“With Mariano Rivera getting in, I think it’s very likely we’ll break the all-time attendance record,” he said.

Rivera, a career Yankees pitcher, was the first to be elected to the Baseball Hall of Fame unanimously by the 425 ballots cast by the Baseball Writers Association of America.

“A high-profile Yankee is always big, and he’s the first guy from that great team to get in. I think it will be a big tip-off from what we can expect for Derek Jeter in 2020,” Katz said.

END_OF_DOCUMENT_TOKEN_TO_BE_REPLACED

Art Assocaitions Luck Of The Draw

END_OF_DOCUMENT_TOKEN_TO_BE_REPLACED

• Doubleday Field Parking Lot, 3 a.m. Friday through 9 p.m. Saturday.  Any vehicles in the lot after 3 p.m. will be towed at owner’s expense.

COOPERSTOWN – Yesterday was today’s topic, and things have changed.

“I shouldn’t say this,” said Ted Spencer, the National Baseball Hall of Fame’s retired curator, “but my first year here” – 1982 – “I tried everything on.”

How things have become more formal and security-conscious over the years was one theme that emerged from a panel Spencer rounded out this afternoon in the Hall’s Bullpen Theater. He joined three attendees at the original 1939 Induction: Homer Osterhoudt, Howard Talbot and Catherine Walker.

Osterhoudt, then 21, and later a 30-year mail carrier in the village, had worked on the construction crew of the just-completed Hall. Talbot, 14, was home from Manlius Military Academy. Walker, then 8 and later the mother of five, was on her father’s hand most of June 12, 1939.