CA teacher caught berating students in leaked Zoom over push for in-person learning, 'Come at me'

After 20 Years, RR Crossing In Milford Being Repaired

In Milford Being Repaired

Landlords Must Live In

After almost two years of collecting data and receiving input from Village of Milford residents, the Village Planning/Zoning Board presented an updated version of the village’s Comprehensive Plan to the Village Board to be voted on.

The proposed plan was adopted on April 1, and the Village Board voted 3-0 in favor of the changes.  In addition to the comprehensive plan being updated, the village zoning laws were updated to reflect the changes in the comp plan. Once the vote was taken, the moratorium on accepting short-term rental applications was officially over.

The plan addresses many aspects of our community and gives community leaders a blueprint moving forward.  As data was being collected it was obvious that “short-term rentals” was the topic most village residents wanted to be addressed.

Some residents were in favor and some were not, and village officials worked diligently to find the middle ground.  The goal was to encourage economic growth while maintaining harmony in our village neighborhoods.

END_OF_DOCUMENT_TOKEN_TO_BE_REPLACED

“Until further notice,” he asked residents to:

END_OF_DOCUMENT_TOKEN_TO_BE_REPLACED

MILFORD – Reflecting the same concerns debated in Cooperstown in recent weeks, the Village of Milford is planning a hearing on a temporary moratorium on short-term rentals at 6:30 p.m. Monday the 22nd in the Village Office, 64 South Main St.

The village is not opposed to short-term rentals during the summer to Dreams Park families and other visitors, said Mayor Brian Pokorny.  However, he added, residents have asked that the matter be looked into to ensure the community remains in balance.

END_OF_DOCUMENT_TOKEN_TO_BE_REPLACED 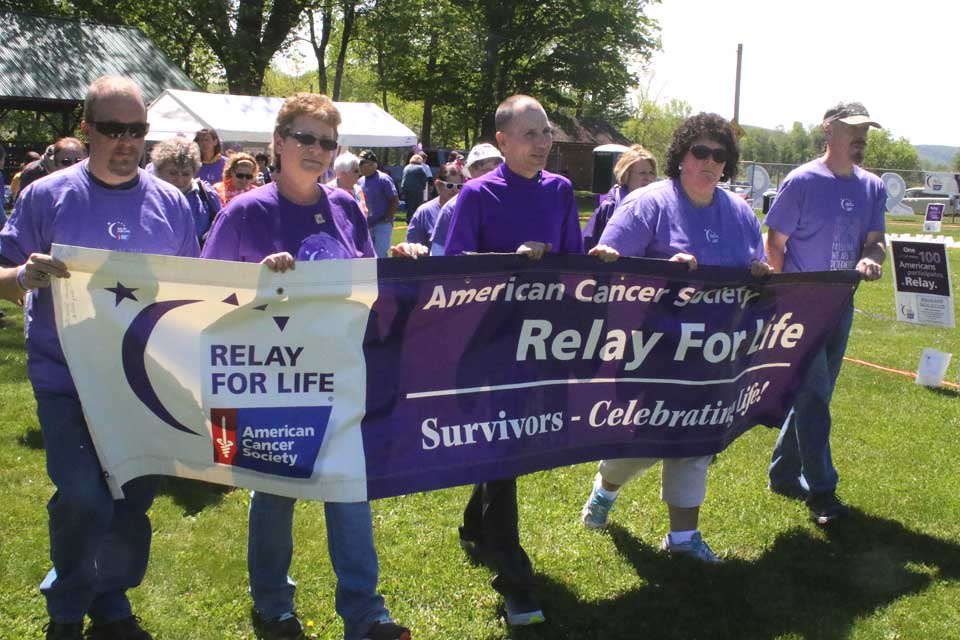 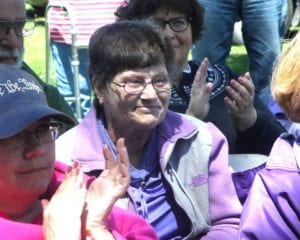 After sharing his story of survival and endurance when cancer struck at age 49, Art Boden, popular manager of New York Pizza in Coopertown, leads cancer survivors on the first lap of the Otsego County Relay for Life this morning at Milford’s Wilber Park.  To the left of Art is Allison Wilber, the Relay leader this year.  Boden’s family, dad Art Jr. (Art himself is III), stepdaughter Brianna Brass, daughter Emily and son Daniel were on hand, sometimes tearfully, at they reflected on their father’s ordeal.  At left, Cooperstown’s Joanne O’Brien smiles as Boden single her out during his keynote:  He ran into her at Taylor’s earlier this week and was inspired by her optimism.  Unable to stage the Relay this year at the traditional site, Dreams Park, or the Clark Sports Center, the fundraiser relocated to Milford at the invitation of the new village mayor, Brian Pokorny.  (Jim Kevlin/AllOTSEGO.com)