The President's dishonesty is getting worse as Election Day nears. For fact checkers, last weekend was one of the most challenging stretches of Trump's presidency.

Listen to leaked call of Trump bashing Fauci to his staff

Expert issues dire warning about next 6 to 12 weeks

Early voting numbers are breaking records. Here's what we don't know yet

Biden could benefit from the exodus to suburbs

Not a chair. A toilet seat.

END_OF_DOCUMENT_TOKEN_TO_BE_REPLACED

George H.W. Bush Life Is An Example Of Simple Courtesy To Us All 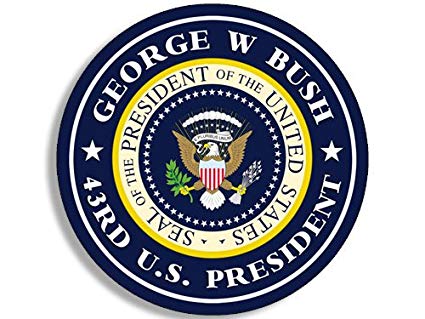 When he was first running for U.S. senator from Vermont in 1974, Patrick Leahy, now eminent ranking Democrat and erstwhile chairman of the Judiciary Committee, used to joke, “Washington D.C. you can’t get there from here.”
Whatever way you look at it, it’s a long way from here to the corridors of power and vice versa. But it’s boys from cities and towns much like Oneonta and Cooperstown all over the nation who get elected president of the United States more often than not.
On Presidents’ Day for a decade now, this newspaper has celebrated points of inspiration and guidance American presidents can provide to those of us back home.
END_OF_DOCUMENT_TOKEN_TO_BE_REPLACED

PRESIDENTIAL PORTRAITS – 11 a.m. Learn more about the artists who painted George Washington, Gilbert Stuart. Learn about the portrait in the museum, how it was painted, make your own version. Arkell Museum, 2 Erie Blvd., Canajoharie. Call 518-673-2314 or visit www.arkellmuseum.org/events-calendar

END_OF_DOCUMENT_TOKEN_TO_BE_REPLACED

Do you support repeal of New York's bail reform law?