Lululemon is slashing prices during its early Black Friday sale

Oprah's Favorite Things have arrived on Amazon. Here's the list.

Tennessee officers awarded for life-saving river rescue on day off

In a first for San Francisco, police officer who shot Keita O’Neil charged in killing

For Sheriff, Son’s Investigation Not Over

But to the sheriff, it isn’t over.

Tuesday, Sept. 29, the sheriff announced a DVD from the investigation is missing, and he’s asked District Attorney John Muehl to investigate the matter.

In an interview, the sheriff said, separately, he’s also asking the county to amend the final report into his son’s case to remove material implicating his son which the father said is inaccurate.

The sheriff also said he’s been told the DVD ended up in the hands of someone outside the county.

“That raises the question of where it is, and can the county assure that it is secure and accounted for,” Devlin said.

The case against Ros – that he made threats against fellow officers, and to cause a disturbance at Oneonta and Milford schools – surfaced in the spring of 2017 and was settled by his resignation the following year.

According to County Attorney Ellen Coccoma, who was involved in the investigation, the Public Safety Committee “determined that they had returned everything. We have no reason to keep it,”

“Everything we received has been returned,” said Rep. Ed Frazier, R-Unadilla, who chaired the PSLA in 2017. “We have no reason not to return the originals.”

County Board Chair David Bliss, R-Cooperstown/Town of Middlefield, said he suggested to Devlin that, if the evidence couldn’t be found, to bring the matter to Muehl.

Muehl did indicate that he has plans to investigate the situation.

The final report of his son’s case, Devlin said in the interview, “included an incident that did not occur,” he said. “I asked them to correct it and put an amendment in the full report, which they did not do.”

The report said Inv. William Henn was present at an interview where one of Ros’ coworkers reported being “frightened about statements made by Ros Devlin at the jail, but feared retaliation.”

Henn wasn’t present at the interview, the sheriff said, and disputed the report of Undersheriff’s Allison’s participation as well.

“I was hoping the board would resolve these issues,” said Devlin. “But they didn’t.”

Ros resigned in December 2018, shortly after his father was re-elected as Sheriff.

“In my office, we have to account for every piece of evidence,” said Devlin. “If they can’t account for it, why can’t they?”

First, voters should want a county sheriff who’s steady under fire.
Over the past 15 months, county Sheriff Richard J. Devlin Jr. has proved he is.
With his son Ros, a guard at the county jail, accused in a workplace disturbance and ordered off county property by the county Board of Representatives, Devlin hung tough, arguing he was the target of a
“political witch hunt.”
That didn’t seem completely out of the question when it surfaced that allies of county Board chair Kathy Clark’s husband were sounding out Democrats to see if they would endorse a sheriff’s run by her husband, retiring state trooper Bob Fernandez – first reported in these newspapers in March 2017.
Second, voters should want the county’s top law-enforcement
officer to have a strategic mind.
Now, Sheriff Devlin is showing he does.
With Fernandez challenging him in the Nov. 6 election, Devlin approached the more even-handed county board chairman, David Bliss, who succeeded Kathy Clark, and agreed to resign his son’s fate to an even-handed application of Civil Service law. Going into the fall election with the issue unresolved would have been folly.
This is no endorsement of the incumbent. Bob Fernandez has some baggage, but he does bring an impressive resume and an engaging personality to the race.
Still, Sheriff Devlin has shown resilience under fire and a strategic mind in opening the way to a fair resolution to what must be a personally anguishing situation, qualities anyone would certainly want in the county’s leading law-enforcement officer.

Sheriff Put Son On Paid Leave, Not County Board Committee

Not County Board Committee

One reference in articles under the headline, “Breakthrough On Sheriff’s Son,” in this week’s newspapers, said the county board’s Public Safety & Legal Affairs Committee put Sheriff Richard J. Devlin Jr.’s son on paid suspension from his job as corrections officer at the county jail.

After a January 2017 incident at the county jail, the county board committee barred Ros Devlin from county property.  But it was his father, the sheriff, not the committee, who continued him on paid leave.

COOPERSTOWN – After a 15-month standoff, Ros Devlin’s fate as a correctional officer is now in the hands of the chairman of the Otsego County Board of Representatives.

With one abstention and two absences, the county reps voted a few minutes ago to accept Sheriff Richard J. Devlin Jr.’s proposal to turn over authority for investigating and possibly removing his son from his job to county board Chair David Bliss, R-Cooperstown/Town of Otsego.

In a short discussion, county Rep. Ed Frazier, R-Unadilla, first thanked Bliss for moving matters forward, but he asked the county labor attorney, Matt Ryan, “Does this get us where we need to be?”

END_OF_DOCUMENT_TOKEN_TO_BE_REPLACED

By JIM KEVLIN  • Special to www.AllOTSEGO.com

COOPERSTOWN – A breakthrough has been agreed to in the case of county Sheriff Richard J. Devlin Jr.’s son Ros, a correctional officer at the county jail who has been under suspension since January 2017.

The sheriff has agreed to recuse himself under Section 72 of state Civil Service law, which will allow county board Chairman David Bliss, R-Cooperstown/Town of Middlefield, to order a medical examination of the son, Bliss confirmed a few minutes ago.

The examination could determine whether the younger Devlin can return to work, or could open the way for his eventual dismissal.

END_OF_DOCUMENT_TOKEN_TO_BE_REPLACED 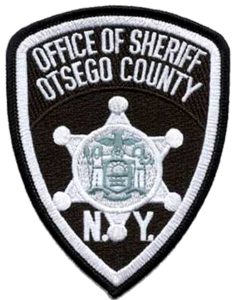 COOPERSTOWN – A committee of the Otsego County Board of Representatives today recommended that the district attorney appoint a “special prosecutor” to investigate county Sheriff Richard J. Devlin Jr., and his son Ros, suspended from his prison-guard job since January.

“An objective prosecutor is needed to properly evaluate whether criminal charges are warranted,” the Public Safety & Legal Affairs Committee recommended in a report released this morning.

END_OF_DOCUMENT_TOKEN_TO_BE_REPLACED

But County Board Says Only Devlin

Can Allow It, But Refused To Do So 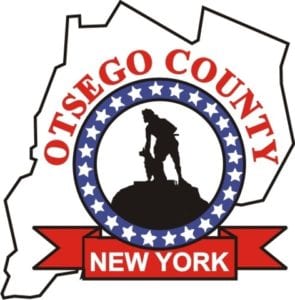 COOPERSTOWN – The County of Otsego’s labor lawyer has recommended Sheriff Richard J. Devlin’s son Ros undergo “a rigorous examination” to determine if he is fit to return to work at the county jail, the county Board of Representatives said in a statement released today.

But only the sheriff has the authority to order Ros Devlin to undergo the examination, and he has “refused to do so,” according to the statement.

END_OF_DOCUMENT_TOKEN_TO_BE_REPLACED

COOPERSTOWN – Failure over four months to alert Milford Central School about Sgt. Ros Devlin’s alleged threat to “shoot up” MCS and Oneonta schools is “totally unacceptable,” the school’s new superintendent, Mark A. Place, told the county Board of Representatives this morning.

“Each day we are held responsible for keeping safe over 400 students and 100 employees,” Place said, reading from a letter to the county board.  “We do not take this responsibility lightly.  To not be notified of a specific and potentially lethal threat against our school was an egregious error.”

It was four months between the alleged threat on Jan. 5 by Sheriff Richard J. Devlin’s son and the April 4 news report on www.allotsego.com that alerted the schools and the public at large, based on court documents made public by the county board’s Public Safety & Legal Affairs Committee.

END_OF_DOCUMENT_TOKEN_TO_BE_REPLACED

COOPERSTOWN – Sgt. Ros Devlin, angry at a supervisor, had threatened to “blow (his own) head off” in front of the supervisor’s desk, according to a court order denying him a pistol permit issued March 31 by County Judge Richard D. Northrup Jr. of Delhi.

The order was released a few minutes ago by county Rep. Ed Frazier, R-Unadilla, who said he was doing so on the advice of County Attorney Ellen Coccoma.  Frazier chairs the county board’s Public Safety & Legal Affairs Committee, which is investigating the case of Sergeant Devlin, the son of county Sheriff Richard J. Devlin Jr.

According to the order, the younger Devlin, between 9 and 10 a.m. Jan. 5, complained to Correctional Officer Catherine M. Hubbard about how her husband, First Sgt. Jared Hubbard, had reprimanded him for bringing a personal cell phone to work after telling him not to, and for parking a truck in an unauthorized space.

The younger Devlin “added that he would bring a duffle bag to work filled with guns and that he was going to walk in to the administration office and ‘blow my head off over First Sgt. Hubbard’s desk so that every time he blinked he can see my face explode’,” the order continues.

END_OF_DOCUMENT_TOKEN_TO_BE_REPLACED

Will County Board Chair Clark Sit In?

COOPERSTOWN – Two unopened boxes of personnel records from the county Sheriff’s Department have been turned over to the county board’s Public Safety & Legal Affairs Committee and will be opened and catalogued tomorrow afternoon, according to the committee’s chairman, Ed Frazier, R-Unadilla.

Frazier said today he has invited his committee members, plus county Rep. Andrew Stammel, D-Town of Oneonta – who, as an attorney, has “a unique skill set” – to review the latest material, along with County Attorney Ellen Coccoma and perhaps the county’s labor lawyer, Matt Ryan.

END_OF_DOCUMENT_TOKEN_TO_BE_REPLACED

Republished From This Week’s Editions

Devlin: She Should Recuse Self

In The Investigation Of My Son

►One, an inquisitor, participating in the March 9 meeting of the county board’s Public Safety & Legal Affairs Committee, which is investigating whether the sheriff’s son, Sgt. Ros Devlin, received special treatment following a “workplace violence incident” Jan. 9 at the county jail.

►Two, as spouse to the man who may be a challenger to Devlin in the 2018 sheriff’s election, Bob Fernandez, Clark’s husband and a recently retired state trooper.
Asked about the talk in political circles, Richard Abbate, chairman of the Democratic County Committee, said he was approached two times in recent months by Democrats sounding him out on whether the committee would cross-endorse Fernandez, a Republican, in next year’s race.

Abbate said he didn’t know of the Democrats who approached him were actually doing so at Clark or Fernandez’ request, but “if that’s the case, she should recuse herself” from the Devlin investigation.

ON NEWSSTANDS AROUND OTSEGO COUNTY