Analysis: It just got a lot harder to vote against witnesses

Analysis: What happens next if the Senate acquits Trump?

Watch: Strangest moments of the impeachment trial so far

Pilot had an OK to fly in foggy weather before crash that killed Bryant and daughter, audio shows

Open While He Gets Treatment

ONEONTA – State Sen. Jim Seward, R-Milford, announced that the cancer he underwent treatment for in 2016 has returned.

“My physicians have recommended a series of treatments over the next several weeks that will limit my availability and curtail my normal, active district schedule,” he said in a statement. “While I will be taking some time to concentrate on getting better, my offices will remain open and my capable staff will continue to assist constituents with their state-related needs.”

END_OF_DOCUMENT_TOKEN_TO_BE_REPLACED

His First Victim Tells Her Story 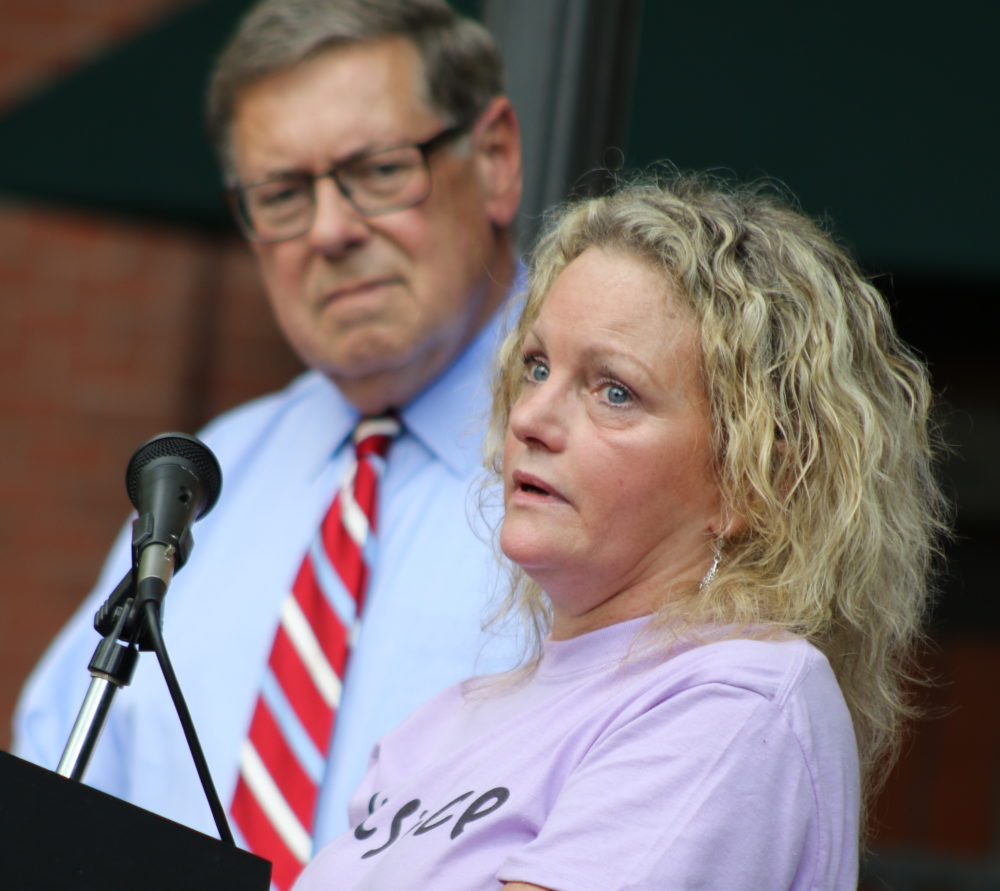 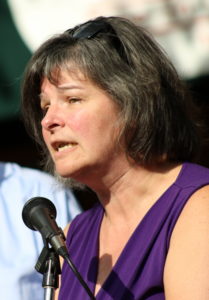 Jennifer Kirkpatrick, sister of Gillian Gibbons, asked  50 supporters gathered at the “Justice For Gillian” rally in Muller Plaza this afternoon to send letters asking the state Parole Board to deny convicted murderer David Dart parole in the stabbing death of Gibbons, 18, in Oneonta’s Municipal Parking Garage 30 years ago. “If he gets out, he will rape, he will kill again,” Kirkpatrick warned. With her is state Sen. Jim Seward, R-Milford, who helped put the rally together and has sponsored a bill to increase the time between parole hearings from two to five years for violent offenders like Dart. At right, Jennifer Miller Dutcher tells her story – that when they were teens, Dart, who lived with his grandparents across the street from her in Portlandville, held her at knifepoint and assaulted her. “We were able to get him sent away for a little while. But when Gillian’s life was taken, I was devastated. I didn’t think I did enough,” she said.  Then shifting to address Bart, she said: “I am a victim who has a voice, and I am using that voice to ask you to keep him behind bars.” (Ian Austin/AllOTSEGO.com)

TO SEND A LETTER TO PAROLE BOARD, CLICK HERE

Democrats Bottle Up Bill To Discourage Attacks On Officers

THE VIEW FROM ALBANY

Police, firefighters, and emergency first responders are vital to public safety.  The brave men and women who work in these fields put the lives of others first and often risk their own well-being.  I am appalled by recent incidents in New York City of individuals hurling buckets of water at on-duty police officers.  Video of these abuses has spread on the Internet, certain to trigger copy-cat offenses.

This type of disrespect toward our uniformed police officers cannot be permitted to escalate further.  To help thwart this behavior, I have joined with my Senate Republican colleagues in co-sponsoring legislation that would make this type of harassment a class E felony.

“The men and women who serve and protect our communities as police officers risk their lives every day. Therefore, it is extremely disheartening that there are members of communities harassing these officers with water and at times even assaulting them. Law enforcement in our state deserves better.  END_OF_DOCUMENT_TOKEN_TO_BE_REPLACED

In Honor Of Fallen Marine

“Every man and woman who dons a United States military uniform sacrifices for our nation and our way of life,” said Seward.  “Sergeant Winslow made the ultimate sacrifice and we owe it to him and his family to keep his memory alive.”

Sergeant John Kempe Winslow was a life-long resident of Hartwick and a decorated Marine who served two tours of duty in Vietnam, earning a Purple Heart during his first tour.  Tragically, Sergeant Winslow was killed in action on July 30, 1969.

END_OF_DOCUMENT_TOKEN_TO_BE_REPLACED

The history center, Seward said, “is a showcase for the city’s past and a key component of the downtown revitalization taking place in Oneonta.”

In thanking the senator, GOHS President Corinne Bresee Smith expressed her organization’s gratitude, calling him “a native son of Oneonta (who) knows the value of our past and is invested in the vitality of our future.”