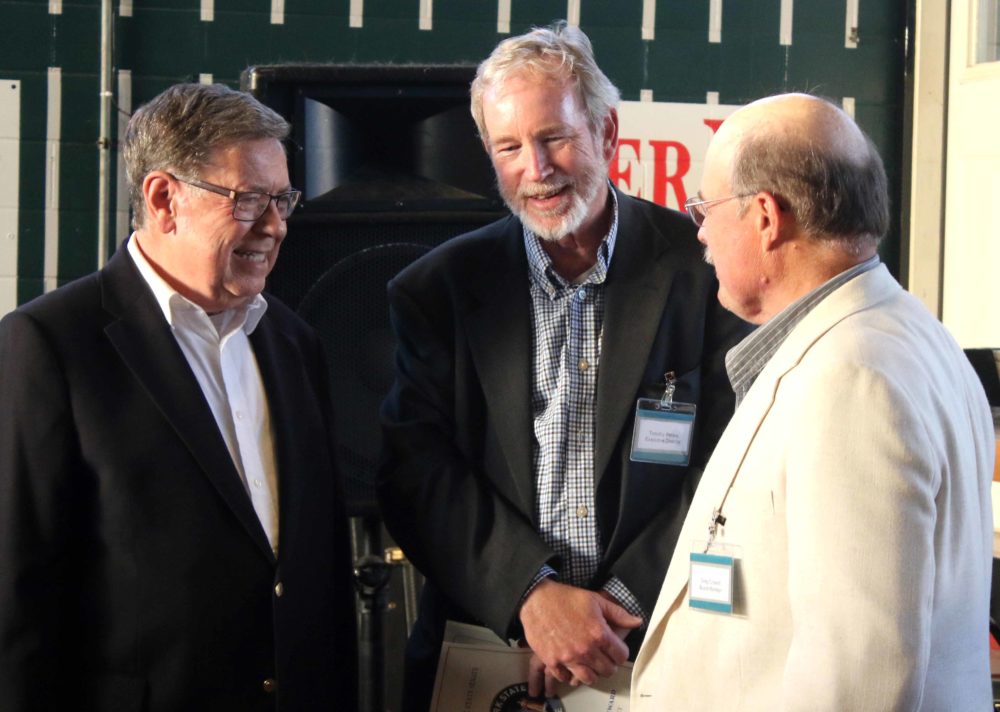 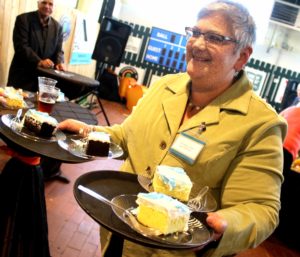 After presenting them with a state Senate Proclamation, state Sen. Jim Seward, R-Milford, left, discusses the future of ORHA (the Otsego Rural Housing Agency) with Executive Director Tim Peters, center, and board Chair Greg Crowell during a celebratory reception this evening at the Cooperstown Brewery, Milford.  What would a birthday celebration be without cake, and ORHA staff Kimberly Adee, inset, made sure participants partook.  Attendees ranged from Carl Waldman and Richard Saba to the north, who are involved in a housing project at the former Cherry Valley High School, to Sue Marshall from Stamford’s WCCRC (Western Catskills Community Revitalization Council), in the south.  (Jim Kevlin/www.AllOTSEGO.com)

COOPERSTOWN AND AROUND – Pickin’ at Fly Creek Phil

Incumbent Richard Sternberg was second (119) and newcomer MacGuire Benton third (114).
The election, for three seats on the Village Board, was uncontested.

SCHUYLER LAKE – Approximately 440 trees and shrubs were planted by 10 volunteers along the edge of Herkimer Creek as it runs past Kathy & Tim Peters’ Schuyler Lake farmstead this morning.

“We need to build up over 10,000 acres of riparian forest buffer across New York to help solve the problem of pollution in the Chesapeake Bay,” said Lydia Brinkley, Riparian Buffer Forest Coordinator for the Upper Susquehanna Coalition.  “Having trees and plants next to streams is one of the most effective practices for reducing runoff and creating habitats.”