SUMMER BOOK SALE – 9 a.m. – 5 p.m. Browse through used books of many genres, including nonfiction, arts and crafts, children’s books, cookbooks and much more to support your local library. Cost, $1-$2 for most books. Thru July 4. Cooperstown Village Library. 607-547-8344 or visit www.facebook.com/VillageLibraryOfCooperstown/

END_OF_DOCUMENT_TOKEN_TO_BE_REPLACED

SPRINGFIELD – Violetta “Vi” Elsey, 75, spouse of former Springfield Town Supervisor Bill Elsey, passed away peacefully at home Sunday, Sept. 27, 2020, with her loving husband by her side.

Born on June 9, 1945, in Germany, Vi’s parents were refugees from Lithuania at the end of World War II and were in a camp in Ingolstadt, Germany, operated by the U.S. Army when Vi was born.  She was 5 years old when her family moved to Connecticut. The following year they moved to Chicago, where Vi grew up.

END_OF_DOCUMENT_TOKEN_TO_BE_REPLACED

Assessor Says She’s Out Of Quarantine;

SPRINGFIELD – Town Assessor Shari Falcone was in quarantine for the coronavirus and it was feared other top town officials may have been exposed, according to the minutes of the July 13 Springfield Town Board meeting, distributed today.

However, this afternoon Mrs. Falcone said she is out of quarantine and is fine, and another town official said the others are fine as well.

According to the minutes, there were fears Town Supervisor Bill Freeland, Planning Board Chairman Rob Freeland, and Tax Collector Ann Magruder may have also been exposed to COVID-19, since they were in proximity to Falcone at the ZBA meeting the night before.

END_OF_DOCUMENT_TOKEN_TO_BE_REPLACED

‘A Total Loss’ After Fire

SPRINGFIELD – A Town of Springfield home will “probably be deemed a total loss” after multiple fire departments spent four hours last night battling a fire at the residence, according to Art Klinger of Otsego County Emergency Services.

END_OF_DOCUMENT_TOKEN_TO_BE_REPLACED

NO FIREWORKS – An item that appeared here for a few minutes was incorrect:  Fireworks are planned Friday, July 5, at Brookwood Gardens, not tomorrow.

END_OF_DOCUMENT_TOKEN_TO_BE_REPLACED

Too Nice A Day To Stay Inside

Too Nice A Day

Here Are 2 Things To Do, Spooky And Sedate 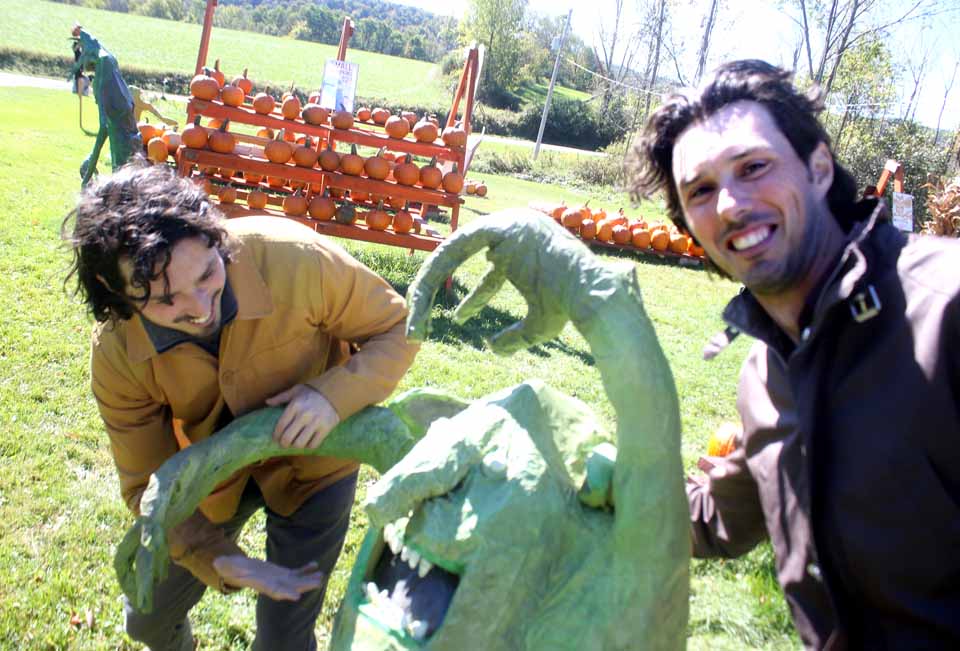 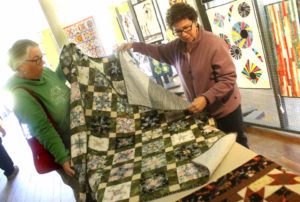 The Labruzzo twins, Gino, left, and Joe, are getting a jump on Halloween, activating their very creative Scruff & Pup’s Pumpkin Stand on Allen Lake Road between West Lake Road and Richfield Springs.  Fun (and ghouls) for all ages, including – new this year – a Puzzle Room:  Figure out the puzzle and you can get out.  The stand is open noon-5 weekdays and 10-6 weekends, but you can stop by anytime and buy a pumpkin using the honor jar.  (Joe has a contract to sell 7,000 pumpkins on Long Island, although this year’s weather reduced his crop to about 2,000).  If you’re in a more sedate mood, stop by The Farmers’ Museum – as did Diane Gallagher from Huntington, Vt., in right photo, visiting friend Carol Bennett of Cooperstown – where the Fibre Weekend, featuring a quilt display, is underway. (Jim Kevlin/AllOTSEGO.com)

SPRINGFIELD – Three Springfield residents were charged with possession of heroin and marijuana after a traffic stop on State Highway 80.

Just before 5 p.m yesterday, a county Sheriff’s investigator made a traffic stop on a vehicle being driven by Kimberly Clapper, 29, Springfield Center. During the investigation, four knotted baggies of heroin and drug paraphernalia were recovered. Clapper, as well as her two passengers, Michael Clapper, 38, and Austin Yaw, 21, both of Springfield Center, were all taken into custody.

END_OF_DOCUMENT_TOKEN_TO_BE_REPLACED

SPRINGFIELD CENTER – Farm Credit East’s plans for a low-profiled 50-job office building just north of the Glimmerglass Festival on Route 80 this evening appeared to have won support of all the major local environmental advocates.

The project was also moved forward by the Town of Springfield Planning Board, which unanimously agreed to be lead agency in the SEQRA process; it then reviewed and approved Part II of the state Environmental Quality Review Act requirements.  Next month, the Planning Board is expected to act on a motion for a “negative declaration,” meaning the project will have little impact on the environment.

Harry Levine, Otsego Land Trustee chair, who was speaking on behalf of Advocates for Springfield, said he expects Farm Credit East will be a good neighbor.  “In simple terms,” he said, “we do support this project.”