They’re Off!  BASE Race 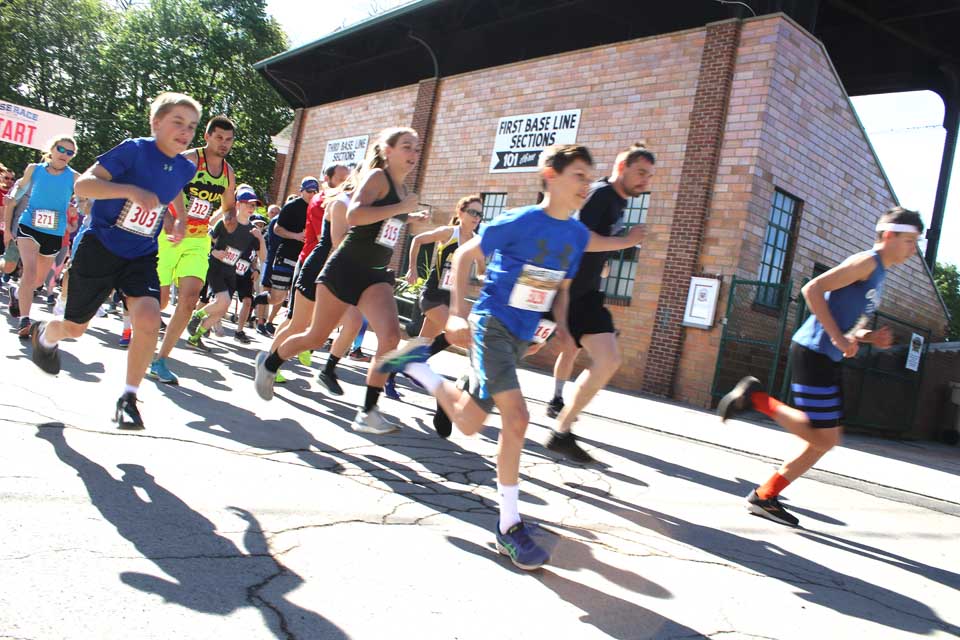 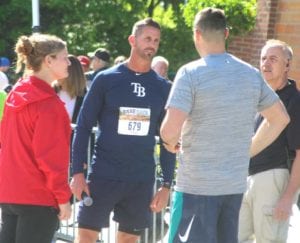 rom the starting line in front of Doubleday Field a few minutes ago, Cooperstown’s Frankie Panzarella, top photo, center, and his pal Justin Wolfe, left, led the 8th annual BASE Race 5K “Fun Run” now underway through the streets of the village, the first activity in a day of Hall of Fame offerings.  At 10 a.m., ribbon-cutting on the new exhibit on baseball cards, “Shoebox Treasures,” will happen at 25 Main.  The 11th annual Hall of Fame Classic, featuring six Hall of Famers and many MLB standouts, begins at 1:05 p.m. at Doubleday; tickets are still on sale at the Hall.  Between Frankie and Justin is Bradley Weldon of Cooperstown, who is running with Ashlyn Wolfe, an assistant Otsego County Dairy Princess.  Inset, the Hall’s Shirley Tyler, who is emceeing, chats with the two celebrity starters, Grant Balfour, who played with four teams, from the Twins to the A’s, and, with back to camera, Ryan Rowland-Smith, who played with the Mariners and Diamondbacks.  Both are rare Australian players who made it into the Majors.  (Jim Kevlin/AllOTSEGO.com)