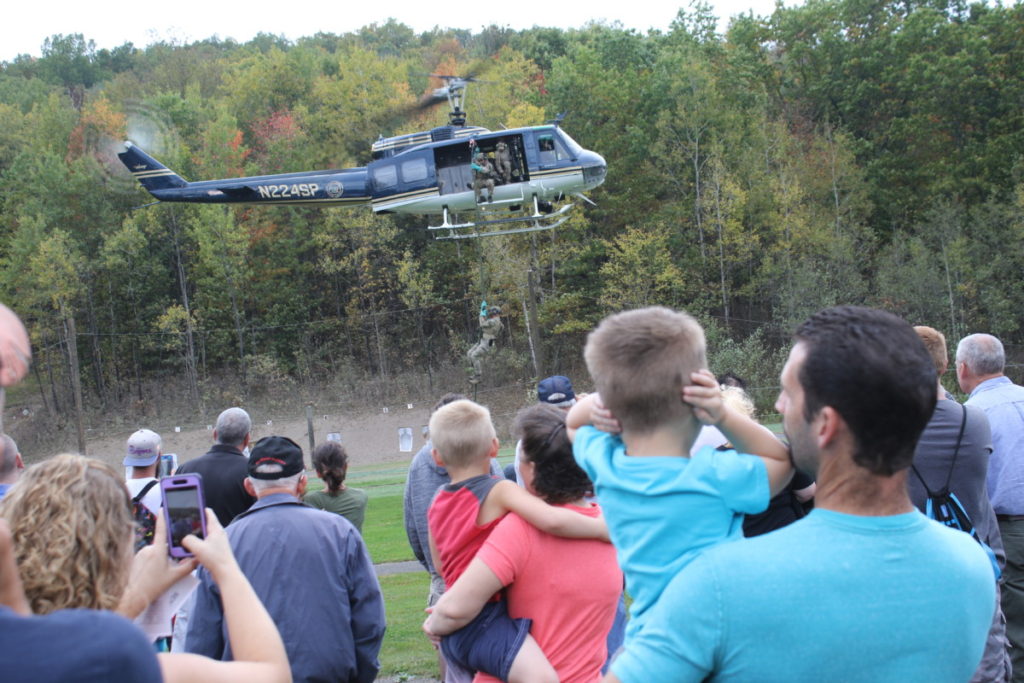 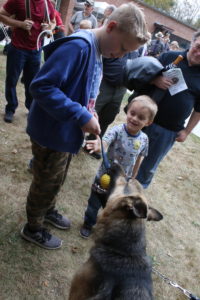 Above, Brian Davis, Unadilla, front, holds his grandson Mason Bronson, who covers his ears against the sound of the rotors as they watch Trooper Cliff Wood of the State Police SORT Central rappel out of the helicopter during an air rescue simulation by the State Police Aviation team out of Newburgh as Troop C celebrated the state police 100th anniversary at the Unadilla Barracks today.   The event also featured tours of the barracks and museum, meet-and-greets, and demonstrations by the K-9 unit and the Underwater Dive Team.  At right, Frank Johnson, Walton, and Peyton Nelson, Norwich, play tug-of-war with police dog Ice, named after the late Jill Mattice, the first female State Trooper to die on duty,  in a crash on Route 23, Morris, in 2010. (Ian Austin/AllOTSEGO.com)