‘Shoebox’ Show Has ’em All 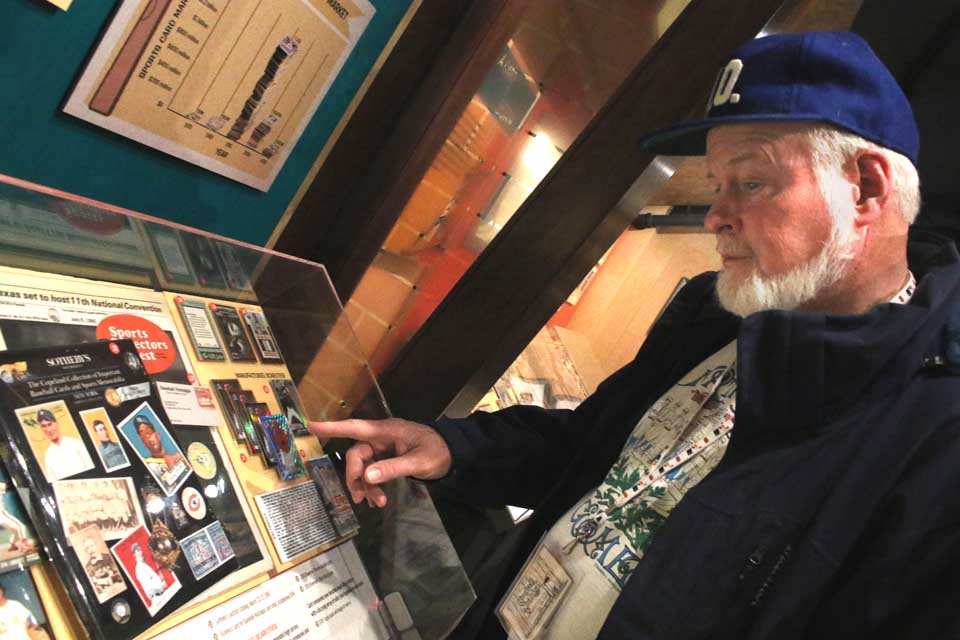 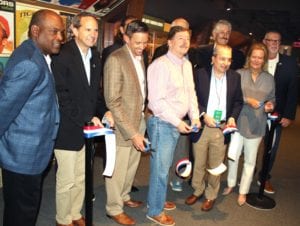 Cooperstown’s Pete Henrici, the retired CCS teacher and proprietor since the 1970s of the Baseball Nostalgia shop in the Doubleday parking, points out one of his business cards from the early days, which is part of Shoebox Treasures, a new exhibit – two years in the making – that opened this morning at the Hall of Fame.   Inset is this morning’s ribbon cutting, with Hall President Jeff Idelson and Chairman Jane Forbes Clark flanking Bill Janetsheck and two other main donors to the exhibit.  Hall of Famers visible in the background are, from left, Barry Larkin, Rollie Fingers and Bert Blyleven.  Other locals attending included the father-son partnership Will and Willis, who run Willis Monie Books, and helped curator John Odell assemble the exhibit, which Jane Clark noted included as least two one-of-a-kind cards – a 1923 Casey Stengel and the rarest of all, the Honus Wagner card from 1909.  The 11th annual Hall of Fame Classic, featuring Hall of Famers and MLB stars, stars at 1:05 p.m.  Tickets available at Hall. (Jim Kevlin/AllOTSEGO.com)