In Ukraine Talks, Who Is Playing for Time? 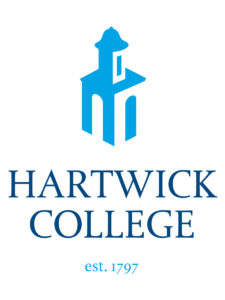 “Competing in two NCAA divisions is rare, and the decision to continue to play in two NCAA divisions has been reviewed a number of times over the last several decades. Even though it is a challenging decision, the Board has decided that this 2017-18 season will be the final one for DI competition at Hartwick. Effective next fall, DI men’s soccer will transition to DIII (non-scholarship) play. The current (2017-18) season will be the final season for the College’s women’s water polo program.”

Hartwick’s Men’s Soccer program was established as a Division I program in 1973, and won an NCAA DI National Title in 1977. The letter explained that since their national title, the program has struggled to remain competitive against other DI programs.

“Our program’s success has declined in the modern era of DI competition. Over the last 20 years, men’s soccer has made just three trips to the NCAA tournament with no Final Four appearances.”

In an effort to offer DI athletics for women, Hartwick created its DI Water Polo Program in 2001. With very few colleges participating in DIII Women’s Water Polo, the Board of Trustees made the decision to cut the program altogether. The letter to the students cited inadequate facilities as one of the main factors in this decision.

“We are unable to host NCAA tournament play in water polo because of the structure of our pool (having both a shallow and a deep end). Practice, training and playing facilities, though appropriate for competitive DIII play, are not of the caliber seen at universities that support highly competitive DI teams.”

Hartwick’s Men’s Soccer program will compete at a DIII level beginning in the fall of 2018, and Women’s Water Polo will be discontinued at the conclusion of the current season.