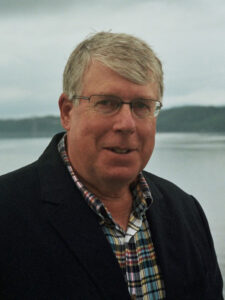 Last week, the community lost an exceptional friend in Bob Schlather. Those who attended the Mass at St. Mary’s Roman Catholic Church in Cooperstown on Saturday were graciously asked upon entry if they were with a particular organization, to be shown where others from their group were seated. This spoke volumes about Bob, who was involved in a dizzying array of groups and causes encompassing healthcare, human services, education, arts, historical associations, Rotary — basically, anything established for the betterment of the community. And it was with compassion, dedication, gentleness and a legendary and comforting sense of humor that Bob jumped into his volunteer roles as advisor, advocate, contributor and leader. In her homily during the Mass, the Rev. Betsy Jay referred to Bob as “invincible;” he was always there to get things done, and he did so with understated deliberation.

The Glimmerglass Festival was incredibly fortunate to be a keystone cause of Bob’s. He and his wife, Karen, first became involved as volunteers and supporters in 1979, when the Opera was still in its infancy. By 1984 he was elected to the Board and during his nearly 40 years as a Trustee, Bob served as: Treasurer for seven, Vice President of Personnel for four, Vice President of Legal Affairs, Chairman of the Audit Committee, an At-Large member
of the Executive Committee, and importantly, the Chairman of the Board of Trustees for an impressive six years — in tandem with Peter Duchin as his President, with whom he then swapped the Presidency and Chairmanship positions for a year.

Overall, Bob gave thousands of hours to the company as it grew to achieve national and international renown. He helped Glimmerglass move from its original home in the Cooperstown High School to the Alice Busch Opera Theater. He found, secured, negotiated and helped fund the Festival’s much-needed warehouse and rehearsal hall in the Town of Warren, and made possible a gift of property in Richfield Springs to help with its daunting summer housing needs. Every spring, Bob would ask which of the upcoming summer’s Festival dates were undersold and would then would help fill those seats through a win-win invention of his own by hosting Bassett Healthcare nights, through which hospital employees would enjoy the perks of an evening at the Opera, replete with a pre-curtain party, underwritten by Schlather & Birch.

Fellow Trustee Judy Freedman reflected on her admiration of Bob and how he and her husband, Allen, teamed-up to keep the company seamlessly running during a gap in staff leadership in the early 2000s. “Without Bob, Glimmerglass would not be what it is. He represented Glimmerglass in all its real estate activities, always looking to the future. When there was a staff leadership hiatus and Allen offered to run the company pro bono, it was Bob, also pro bono, who joined Allen as liaison to the Board, no small feat. It will be hard to imagine the Glimmerglass Board of Trustees without Robert Schlather.”

In February, in recognition of his extraordinary service and exceptional contributions, the Board named Bob an Honorary Life Trustee, the highest honor a trustee can ever receive.

It is fitting that, as part of Bob’s Glimmerglass Festival legacy, his and Karen’s son, R.B. Schlather, took a delightful “star turn” as a young Mozart in La Finta Giardiniera (The Pretend Gardener) in 1996, when R.B. was still in elementary school. Delighted by this experience, and wholeheartedly encouraged and supported by his parents, R.B. created his own youth production company while still in middle and high school and then went on to become internationally respected as an opera director in his own right.

Glimmerglass Festival Artistic & General Director, Francesca Zambello, expressed the feelings of the entire company: “We are extremely grateful that Glimmerglass was a beneficiary of Bob’s and his family’s passion for our work and mission, which they expressed with vigor, intelligence, talent, creativity, kindness, generosity and, most importantly, joy.”
The Glimmerglass Festival

My law partner of 36 years, Bob Schlather was like a sage older brother.
He was the type of mentor all young attorneys seek, but few find. I was 27 when Bob invited me to join his growing practice in Cooperstown; my wife, Marcy, our two sons, and I will be forever in his debt. Not only did he share with me his incredible knowledge of trusts, estates, and business law, but through his example, he taught me the importance of giving back to the community we serve. Bob was a testament to the impact one good man can have on his community. The many philanthropic and cultural organizations he nurtured in life will continue to enrich our community for years to come. For that, I say “job well done!” Godspeed, my friend.
Bob Birch
Schlather & Birch

Bob Schlather was the consummate gentleman and a truly committed philanthropist. I had the distinct honor of working closely with Bob during his long tenure on the Board of the Friends of Bassett, and with several non-profit organizations where he was actively engaged. Despite his significant professional commitments as both an attorney and accountant, Bob always found time to answer the call as a volunteer leader and role model for fellow Board members. He was an extremely generous donor to countless local organizations, always careful to put the mission ahead of any personal recognition. He will be sorely missed.
Mike Stein
Cooperstown

Could we find anyone who better personified a devoted citizen and pillar of a community? He helped to advance every cause and group he served, and they were countless. Bob never only had his name on a board. He worked, gave his time, set standards.
He served his clients with integrity and skill. He was a true friend to a small army of us. The fortunes of Cooperstown and the region brightened the day he and his Karen arrived. He was a gift to us, a blessing.
Tom Morgan and Erna Morgan McReynolds
Franklin

It was a blessing to know Robert B. Schlather — attorney, accountant, non-profit leader, and community champion. His generous spirit and mentorship helped many area organizations thrive, and his lifetime’s work benefited our quality of life.
Knowledgeable and invested, Bob’s commitment to Otsego County carried through to Pathfinder Village, where he supported fundraisers, provided legal services, and hosted workshops on estate planning. He listened to the heartfelt stories of Pathfinder families; he counseled them about guardianship and financial arrangements, essential steps that have helped people with intellectual disabilities achieve rewarding, independent lives.
Our sincere condolences go to Bob’s friends and family; we will remember his legacy of altruism and his lifelong dedication to community service.
Paul C. Landers
Pathfinder Village

A member of the College’s Board of Trustees from 2000-2009, Bob served as Board vice chair, treasurer, and Audit & Compliance Committee chair. He also lent his keen insights and professional expertise to nine other Board committees, ranging from Education to Finance, Student Life to Governance, and Enrollment to Facilities.
Bob and his wife, Karen, generously supported Hartwick, most often making unrestricted gifts that enable the College to adapt and innovate.
The Hartwick College Community

Bob was a founding member of the Catskill Area Hospice and Palliative Care Foundation Board. He served as its Chair until 2021. Bob was deeply committed to making sure hospice care was available to our community. His contributions to CAHPC, now Helios Care, helped advance the mission of our organization and we are grateful for his commitment. Our thoughts are with his family and friends.
Dan Ayres
President and CEO of Helios Care