To Be Announced Tuesday March 5 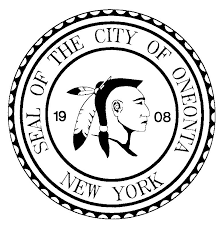 ONEONTA – Mayor Gary Herzig will announce the recipients of the $2.3 million in Downtown Improvement Funding as part of his State of the City address at 7 p.m. on Tuesday, March 5.

“The grant applications from our business owners far exceeded all expectations,” said Herzig. “That so many demonstrated a willingness to invest their time, energy, and resources into building a better downtown is very exciting. The award announcements, along with the State of the City address will now mark the transition from Downtown Revitalization planning to implementation.”

As part of Oneonta’s Downtown Revitalization Initiative, $2.3 million was set aside to be provided to downtown business and property owners for grants to update exterior signage and building facades
along with the development of quality upper floor housing. The Mayor and Common Council had
appointed a Project Selection Committee chaired by former Mayor Kim Muller to review the more
than 100 applications which were received.

The meeting will be held in the Foothills Performing Arts Center’s Production Center on the first floor to better accommodate those wishing to attend.