Roots of suffrage topic of talk 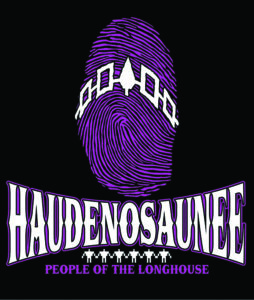 Take a fascinating trip to the roots of America’s democracy and Women’s Suffrage on Friday, April 29, with “Haudenosaunee Culture, History and Influences in Upstate New York” at The Lake House in Richfield Springs.

The hour-long discussion features Dr. Sally Roesch Wagner, an expert on the Haudenosaunee Confederacy and its centuries-long influence on the United States, as well as Oneida Faithkeeper Diane Shenandoah and her son, musician Adah Shenandoah. Open to the public, the event runs from 5:30 – 6:30 p.m. Admission is free, although donations are encouraged.

“We’re on the eastern edge of the Confederacy,” said Town of Richfield Supervisor Dan Sullivan. “The significance isn’t so much where we are in terms of the border, but in terms of how the Confederacy had such a lasting impact on New York and influenced the Seneca Falls convention. It’s an important story.”

The French called it the ‘Iroquois Confederacy,’ the English ‘The League of Five Nations,’ but the Haudenosaunee Confederacy is best known as one of the first and longest-lasting participatory democracies in the world.

Comprising the Mohawks, Oneidas, Onondagas, Cayugas, and Senecas, the Confederacy’s constitution is believed to be among the models for the United States Constitution.

Mr. Sullivan said Dr. Roesch Wagner will connect the Confederacy’s culture from Europe through the Women’s Suffrage movement in the United States, focusing on the central role and political voice reserved for women among the Haudenosaunee tribes. She has written extensively on the role of Matilda Joslyn Gage — who, along with Elizabeth Cady Stanton and Lucretia Mott spearheaded the push to give women the right to vote and who was embraced and adopted by the Confederacy.