On its editorial page over the past few weeks, The Freeman’s Journal has commented on, among other important issues, the fog-like haze that was smoke from the western wildfires that fell on the lake and village, leaving the air heavily dangerous for long periods of time, and the latest COVID surge that is gnawing, for the most part, on our unvaccinated and younger residents — children — as well as causing new concern among our older population. None of this was any good and all of it is sad and, no doubt to some, depressing.

However, for us here in Otsego County, this distant, remote upstate almost-forgotten (or, perhaps, not yet discovered) place, there is a special glimmer; something that can bring a smile; something to lighten our load and keep us on a happier track. Otsego Lake.

Nine miles of clear, deep water that laps endlessly on steep tree-lined shores and often reflects the changing sky and clouds and forest, the lake is a home to myriad fish and feathered wildlife, a reservoir for the village of Cooperstown and a summer and winter playground for boaters, tubers, swimmers, sailors, rowers, paddlers, divers, fishermen and water, and snow-skiers. Glacier-created during the last great Ice Age, and spring-fed as well as stream-fed, this superb natural resource is the headwaters of the Susquehanna River. In the past it has played a variety of roles in the Leatherstocking novels of James Fenimore Cooper, who called his – and our – beautiful lake The Glimmerglass. END_OF_DOCUMENT_TOKEN_TO_BE_REPLACED

Community involvement in this project has continued to grow with more than 35 people volunteering this year. The Cooperstown Lions Club, Cooperstown Rotary Club, Rotary E-club of Global Trekkers, OCCA and Otsego 2000 as well as some individuals all made financial contributions to assist with building three new improved rafts.

The Susquehanna River Cleanup project came about because John Rowley and Maureen Rowley would walk the riverside trail between Mill and Main streets in Cooperstown on a regular basis.

They were dismayed by the amount of debris and garbage in that section of the river, including a large cattle-feeding trough.

Growing tired of seeing this, John proposed a clean-up project to the Cooperstown Lions Club, where he is a member and past president. Lions Club International Foundation had made environmental projects one of the club’s new initiatives.

The Cooperstown Lions Club embraced the project and set out to team with other organizations that would assist and guide the Lions with the project.

END_OF_DOCUMENT_TOKEN_TO_BE_REPLACED

Otsego 2000 will receive a $12,500 grant from the Preservation League of New York for their Preserve New York grant in order to fund a Culture Resource Survey in the City of Oneonta.

This survey will be used to help maintain and determine which historic buildings in Oneonta can be renovated.

“Oneonta’s neighborhoods encompass a wonderful range of historic and architectural styles from the late 19th to the mid 20th century, the heyday of railroads,” Ellen Pope, executive director of Otsego 2000, said in a media release. “We are so grateful to the Preservation League of New York State for their support which will fund this important step toward documenting and preserving these neighborhoods and enabling homeowners to take advantage of the NYS Homeowner Historic Tax Credit program.”

Oneonta, which was settled in the 18th century, has many historical buildings within its boundaries. 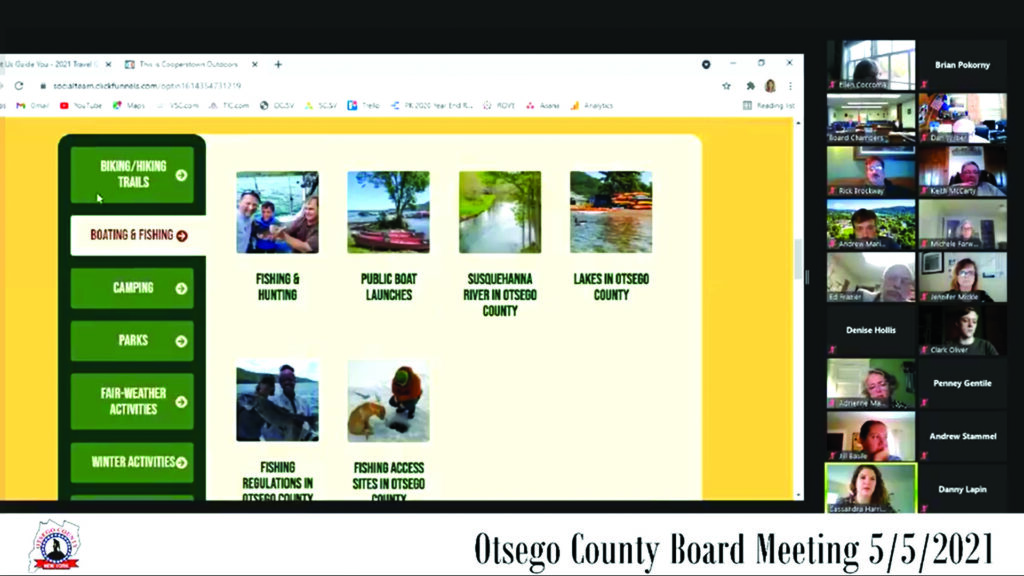 END_OF_DOCUMENT_TOKEN_TO_BE_REPLACED

HISTORIC HOUSES – 1 – 2 p.m. Join virtual workshop on how to research your historic house. Suggested donation $10. Counts as professional credit to architects & planners. Hosted by Cindy Falk and presented by The Preservation League of New York State. 607-547-8881 or visit www.preservenys.org/calendar/technical-talks-researching-your-historic-house-sparking-recovery-through-preservation-virtual-series

END_OF_DOCUMENT_TOKEN_TO_BE_REPLACED

ONEONTA – Anti-gas activists from around Otsego County returned to Oneonta Tuesday, June 18, with the same message:  The environmental review to allow redevelopment of the D&H Railyards is not detailed enough.

And Mayor Gary Herzig repeated the same response he has since a stormy hearing Tuesday, March 5 at Foothills: If someone shows up with a plan to actually do something, a more detailed environmental review will be done.

In an unusual change in procedure, no public comment was permitted at this Common Council meeting before a 7-1 vote was taken accepting the final GEIS (general environmental impact statement) the state requires of any prospective development.

Then, as expected in advance reports, the Concerned Citizens of Oneonta and allies as far away as Cherry Valley accused Common Council of ignoring the concerns they’ve been raising.

END_OF_DOCUMENT_TOKEN_TO_BE_REPLACED

Zakrevsky: I Was Told, Don’t Pipe Any Gas To Cooperstown

HE FEARED FOR BASSETT’S FUTURE

Zakrevsky: I Was Told, Don’t

Pipe Any Gas To Cooperstown

COOPERSTOWN – When Otsego Now CEO Jody Zakrevsky arrived a year ago, he was told not to bring natural gas to Cooperstown, he said to a Cooperstown audience Monday, April 9, in one of several “Town Hall” meetings he’s convening around the county.

Asked afterward who told him, he said the leadership of Otsego 2000, board President Nicole Dillingham and Executive Director Ellen Pope.  “They advised me there would be strong opposition,” said Zakrevsky.  “At the time, I took their advice.”

Dillingham disagreed, “We had a cordial meeting to discuss our work, and his work.  We never told him what he could do.  That’s absurd.”

There are two options to serving Cooperstown with natural gas, Zakrevsky said in an interview the morning after the “Town Hall” – running a line from Oneonta’s NYSEG system; or the preferred option, running a line down Route 28 from Richfield Springs’ Tennessee line, which has a greater gas supply.

END_OF_DOCUMENT_TOKEN_TO_BE_REPLACED

In my column of Aug. 9-10, 2018, I suggested that Otsego County might follow the example of Tompkins County and set up an Energy Task Force. I had little expectation that anything would come of it, but, thanks to a bipartisan effort led by county Representatives Michelle Farwell and Meg Kennedy, that Task Force is now a reality. 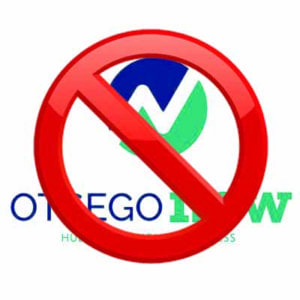 The Task Force will have to face the fact that, even as we continue to be dependent in the near term on fossil fuels, we have little choice but to abandon them as soon as we can. Most of us are alarmed at the gravity of global warming and climate change caused by greenhouse gas emissions driven largely, if not wholly, by human activity.

No need to rehearse all that here.

This problem is now the object of public policy in New York State. The Public Service Commission is pushing utilities to convert to renewables. The Cuomo Administration is demanding a 50-percent reduction in greenhouse gas emissions by 2030, and a 100-percent reduction by 2050, with billions of dollars pledged towards this effort.

END_OF_DOCUMENT_TOKEN_TO_BE_REPLACED

Grilled Cheese For A Cause

END_OF_DOCUMENT_TOKEN_TO_BE_REPLACED

Town Board: Unanimous No On Compressor Station Grant

ONEONTA – At the urging of Otsego 2000 and 40 people who showed up at its monthly meeting, the Oneonta Town Board last night unanimously voted to oppose a $3.5 million state grant application for a gas decompression station at Pony Farm.

“No member of the Town Board is in favor of the decompressor gas station,” declared Supervisor Bob Wood at the start of the meeting.

END_OF_DOCUMENT_TOKEN_TO_BE_REPLACED

Suit Against FERC In D.C. Circuit

COOPERSTOWN – A few minutes ago, word was received the national Sierra Club organization has filed an amicus brief in Otsego 2000’s suit against FERC, the Federal Energy Regulatory Commission.

Otsego 2000 is challenging a FERC board decision to no longer allow “upstream” and “downstream” considerations of greenhouse gas emissions when it reviews pipelines, coal plants or other energy developments.