Winter Olympics Are Two Weeks Away, but Sponsors Are Keeping Low Profile 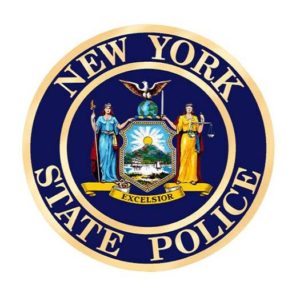 Ahead of the big game on Super Bowl Sunday, the New York State Police will join local law enforcement agencies across the state in an effort to crack down on impaired driving during Super Bowl weekend.

“Unlike the Super Bowl, there are no winners when someone makes the choice to get behind the wheel of a vehicle impaired,” said Acting State Police Superintendent Keith M. Corlett.

“If you are going to be drinking, have a game plan to get home safely,” said Corlett. “Safety is our top priority and we will be increasing patrols and expanding sobriety checkpoints to identify dangerous and impaired drivers and prevent them from causing senseless tragedies. If you’re celebrating, do your part and celebrate responsibly. Don’t drive impaired. Together, we can save lives and prevent serious injuries.”

The STOP-DWI campaign will include underage drinking enforcement, increased patrols and sobriety checkpoints to deter, identify and arrest impaired drivers. The campaign runs from Saturday, Feb. 2 until 4 a.m. on Monday, Feb. 4.

During the 2018 Super Bowl campaign, State Police arrested 120 people for impaired driving and issued 7,733 tickets. Those who drank before getting in the car found themselves as part of this crackdown on impaired and distracted driving. The enforcement crackdown is funded by the Governor’s Traffic Safety Committee.

During this enforcement period, drivers can expect a number of sobriety checkpoints and DWI patrols. Driving with a certain level of care is paramount throughout the year, but it is even more important during big sport events like the Super Bowl. If you get caught driving under the influence, then not only will you face the possibility of getting charged, but you may also begin to wonder how much can a DUI increase your insurance and it may be hard for you to find a decent insurance package because of it. Checkpoints similar to the ones that law enforcement has set up could reduce the risk of impaired drivers being on the road. Law enforcement will also be looking for motorists who are using their phones and other electronic devices while behind the wheel. Drivers should also remember to “move over” for stopped emergency and hazard vehicles stopped on the side of the road when they travel New York roadways.

Troopers will be using both marked State Police vehicles and Concealed Identity Traffic Enforcement (CITE) vehicles as part of the operation. The CITE vehicles allow Troopers to more easily identify motorists who are using handheld devices while driving. These vehicles blend in with every day traffic but are unmistakable as emergency vehicles once the emergency lighting is activated.

An impaired driving conviction carries a maximum fine of $10,000, up to 7 years in prison and license revocation.