Pelosi, Democrats celebrate Cheney after her ouster, say GOP must 'take back' their party

END_OF_DOCUMENT_TOKEN_TO_BE_REPLACED

OLDEST PARADE – 11 a.m. The second oldest parade in the country kicks off again, with a full day of festivities to follow, including a concert and fireworks at dusk. Springfield Center Community Center, 129 Co Rd 29A, Springfield Center.

END_OF_DOCUMENT_TOKEN_TO_BE_REPLACED

MORGAN: On Fourth Of July, Love Letter To America

On Fourth Of July,

We find dollops of hatred on the menu this 4th of July.
Facebook bristles with diatribes. As do various social media portals. Politicians screech insults. Hollywood stars spit gutter language at the President. Mobs drive White House staff and their families from restaurants. Academics rev up poisonous demonstrations. They fill young minds with anti-American bile. News networks blister the administration. Endlessly. Protests morph into hatefests.
Scratch the surface of all this. You will soon come upon a layer of people who dislike the foundations of this country. They discredit the U.S. with a list of complaints: Europeans nearly annihilated Native Americans. They enslaved Africans and made millions from their labor. Tycoons steamrolled the working class. The U.S. invaded countries whose governments we did not like. We toppled leaders elsewhere. We interned Japanese in WWII. We humiliated and denied blacks their civil rights. We suppressed women. We punished gays. Big oil buys our politicians. The list is a mile long.
Therefore, this country is illegitimate. Or should not be admired and celebrated. Or so these folks argue. They tell us the pages of our history are blotted with the blood of innocents. Our history stinks of injustices. And reeks of racism. And misogyny. Our Constitution was written by slave-holders and bigots.
You have heard these and more attacks on the legitimacy of the U.S. Let me proclaim that a lot of this is true. Actually, all of it.
So, what is there to celebrate about this country? Well, first, let us put our history in perspective. Name a significant country whose closet is not crammed with similar skeletons. Racism and slavery were not invented here. Invasions? There have been thousands. Injustices? From racial to religious to sexual, they choke the pages of history.
If we get real, we have to admit a sorry truth: Human activities are chock-a-block with evil. Everywhere you travel on this earth you find evidence of people beating up on people. Now and in the past. From the holocausts of Auschwitz to those of the Khmer Rouge and Rwanda. From the Irish famine to Stalin and Mao’s slaughter of millions. From Soviet gulags to Cuba’s imprisonment of its people.
My point? In the midst of this horrible behavior some countries have managed to create something good for their people. Some have guaranteed power to the people, through the ballot box. Some have created honest courts. Some have shed reservoirs of blood to defend human rights. Some have created and protected basic rights and liberties for their people.
Some have protected free speech. Some have gradually dismantled wretchedly unfair racist laws and customs. Some have created vast systems to care for the poor and disadvantaged. And produced wealth enough to fund such systems. Some have sent their troops abroad to fight for the liberty of others. Some have shared their wealth with poor nations and their people. Some have made education possible for all their children.
The world has always been a haven of evil. It simply is and has been and always will be. However, the world also contains goodness and decency, love and respect.
Confronted by those who hate this country, I can make a case that America is also blessed. With an abundance of goodness and decency, love and respect. I can make a case that we have more of such than most countries. And that many countries would have little of such, had we not come to their rescue.
I can make a case that despite humanity’s evil activities, this country is a decent place to live for most. Perhaps you disagree. If so, why do so many millions risk their lives to come here? And why do so few flee when things don’t go their way?
Some folks focus on the half-empty glasses of America. I look out on the world and see countless half-empty glasses. And many that are utterly empty and crushed. I look to America and see much to appreciate, admire and be grateful for.
From Tom…as in Morgan.

END_OF_DOCUMENT_TOKEN_TO_BE_REPLACED 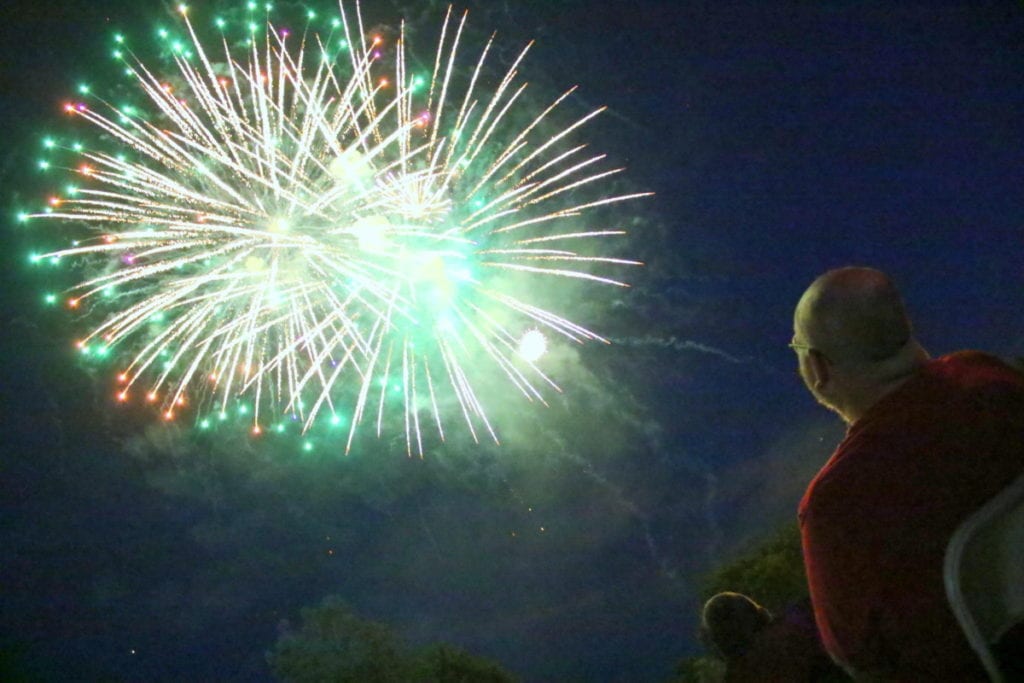 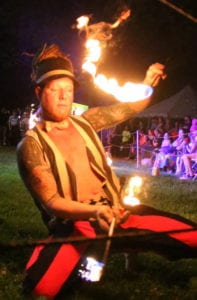 The skies lit up with the fabulous fireworks display as the Hometown Fourth of July Festival came to a close this evening in Neahwa Park. Enjoying the finale were Doug Armstrong, above, as well as Bruce Von Holtz, Amanda Calkins, daughter Emma Collins, and Keshia Genzardi seen at left. Afterwards, the Mopar Cams kept the after-party hopping as Greg Lee, right, and the rest of the Cosmic Karma Fire Spinners entertained the crowds with their fiery antics. (Ian Austin/AllOTSEGO.com)

FREEDOM – Noon. Listen to Frederick Douglas’ famous “History is a Weapon” speech about what freedom means to a slave as performed by one of the Templeton Players. Followed by a reading of the Declaration of Independence on the Tavern Green at 1 p.m. The Farmers Museum, Cooperstown. www.farmersmuseum.org/Independence-Day-July-4th-Celebration

END_OF_DOCUMENT_TOKEN_TO_BE_REPLACED

But Rain Washes Out Parade