COOPERSTOWN – Bruce E. Bachanas of Christian Hill, a life-long area resident who worked for many years as a baker, passed away Thursday afternoon, November 18, 2021, at Bassett Medical Center in Cooperstown. He was 63.

Born December 20, 1957, in Cooperstown, Bruce Edward Bachanas was one of three children of the late Norman Edmund Bachanas and Bernice G. (Roseboom) Bachanas. In his youth, he and his family enjoyed many camping trips, as well as the annual family vacation that took place just about every August which provided many great memories.  His nickname became “Wish”, bestowed on him by his grandfather because he was always wishing for this and wishing for that. After graduating with the Class of 1976 from Cooperstown Central School, he joined the military, and proudly served his country in the United States Air Force.

END_OF_DOCUMENT_TOKEN_TO_BE_REPLACED

A crewman had gotten his boots stuck in a culvert in the area of Christian Hill after a beaver dam collapse caused rushing water to drag him into the collapsed and damaged pipe.

“It was actually just a mile from my house, so I was first on the scene,” Lanza said.

There he found two people holding the man from the water.

“We needed to essentially sling him and prevent him from going any further,” Lanza said.

The firefighters used a rescue sling which was able to hoist him up. Less than a minute afterwards, an ambulance arrived, which took him to the hospital. The crewman was “visibly exhausted,” but they say he only suffered minor injuries.

“It was a big relief when we got him about,” Hight said.

END_OF_DOCUMENT_TOKEN_TO_BE_REPLACED 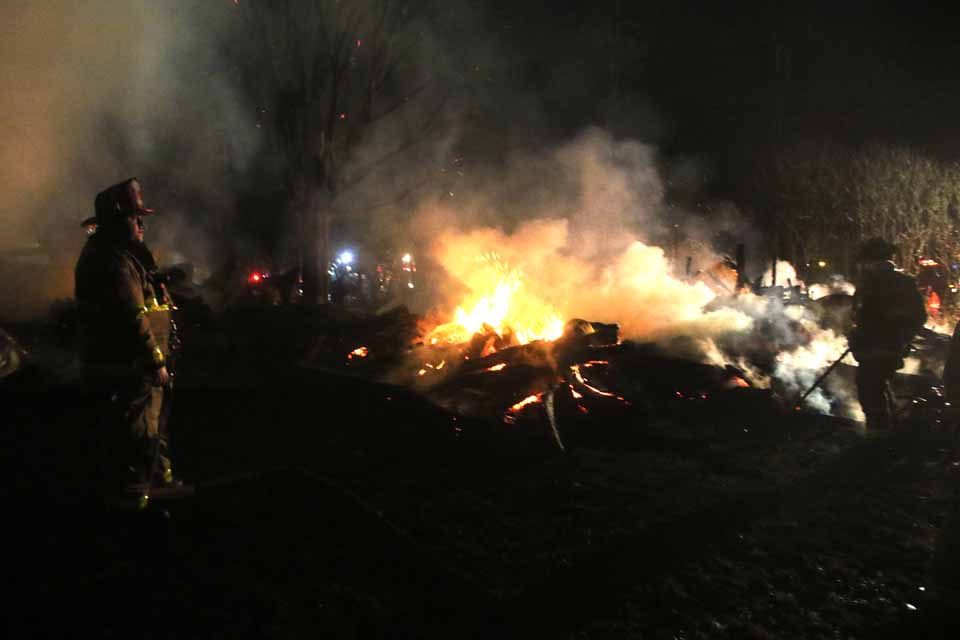 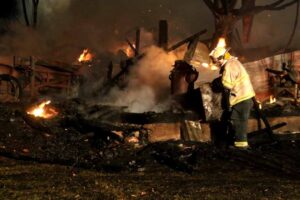 Cooperstown firefighter Henry Stewart, top left, and Fire Captain Chris Satriano watch for flare-ups after a fast-moving fire leveled Kip Coburn’s barn this evening at 324 Williams Road on Christian Hill, Town of Otsego.   Coburn operates Wood Bull Antiques on Route 28, Milford, and said today the barn was used to store overflow antiques from that operation; all were lost.  Coburn’s son said the only animals in the barn were chickens, and they escaped to safety.  Inset, Cooperstown’s second assistant chief, Kevin Preston, moves debris to allow the flames to burn out.  Firefighters responded from Fly Creek, Hartwick, Hartwick Seminary, Schuyler Lake and Richfield Springs, as well as Cooperstown.  “They toned us all,” said Cooperstown firefighter Frank Capozza.  (Jim Kevlin/AllOTSEGO.com)

She, Husband Farmed On Christian Hill

COOPERSTOWN – Albina C. Konchar, 92, who with her husband operated a dairy farm on Christian Hill for many years, died peacefully this morning, Wednesday, Jan. 20, 2016.

She had resided in Hyde Park and, lately, at Chestnut Park Rehabilitation & Nursing Center in Oneonta.

Born March 1, 1923, in Croatia, she and her family emigrated to France one year later.  In 1930, the family came to the United States and settled in Fork Shop, between Toddsville and Fly Creek.