Republicans are taking concrete steps that threaten to undermine the integrity of the election, particularly in key battleground states

Opinion: How to prevent Trump from killing democracy

A sign reminding people of the 200,000 US Covid deaths vandalized five times in 6 days 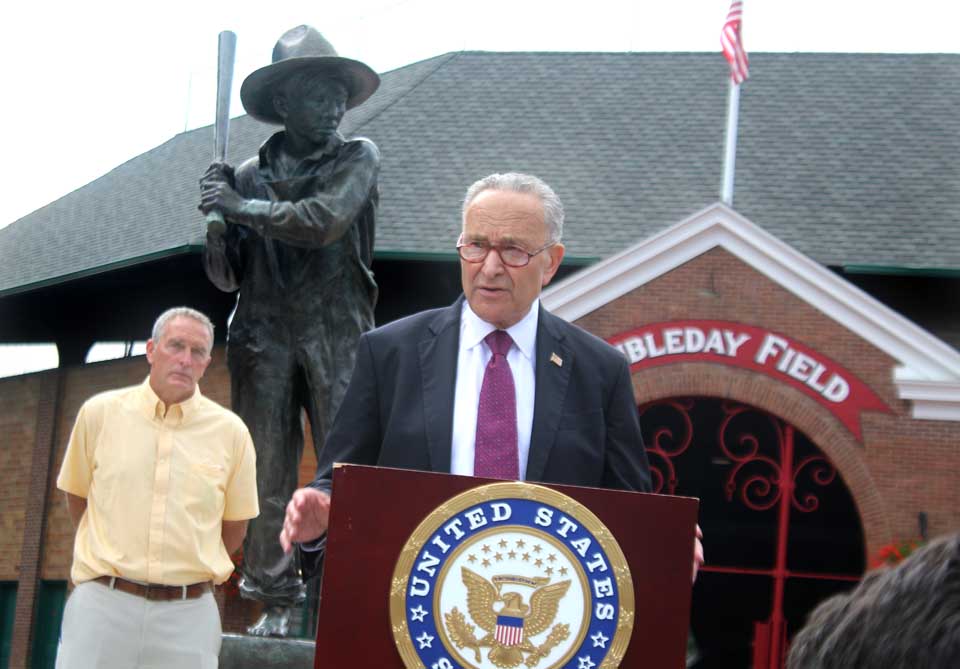 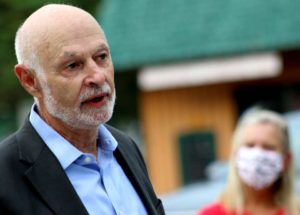 Against a backdrop of pure Americana – the Stars & Stripes, Doubleday Field and the Sandlot Kid – U.S. Senate Minority Leader Chuck Schumer, D-NY, the state’s senior senator, this afternoon pledged federal support that would go directly to local governments in the support package now being negotiated in Congress.  He appeared with county board Chairman David Bliss, left, and Treasurer Allen Ruffles, who have been pleading for that kind of direct aid to municipalities (if the money goes through Albany, it can never make it here), as well as, inset left,  Mayors Gary Herzig of Oneonta and Ellen Tillapaugh Kuch of Cooperstown, who detailed how their municipalities’ financials have been stricken by the coronavirus threat. He called Cooperstown “one of the hardest hit” communities due to its dependence on tourism. The senator, who makes a swing to Otsego County at least once a year, had begun the day in Buffalo and, his airplane grounded at Oneonta Airport by the weather, drove on to New York City. (Jim Kevlin/AllOTSEGO.com)

In Cooperstown, Schumer Vows To Save Ash For Bats

Vows To Save Ash For Bats