The President went from talking about jobs to praising police. Then he claimed it's a 'great day' for the man whose death spurred nationwide protests.

Retired general: I'm glad I don't have to advise Trump

Analysis: The 39 most outrageous lines from Trump's speech

Ex-White House chief of staff: 'I agree' with Jim Mattis on Trump

Coronavirus cases double every three weeks in North Carolina. Where your state stands.

Trump hits PBS' Yamiche Alcindor for asking how '.1 percent' increase in black unemployment is a 'victory'

Sen. Ron Johnson on new Russia probe subpoenas: What are Democrats afraid to find out?

'Duck Dynasty' is back, watch all 11 seasons on Fox Nation

In Spite Of Wet Weather,

Art Abounds At City of the Hills Festival

City of the Hills Festival 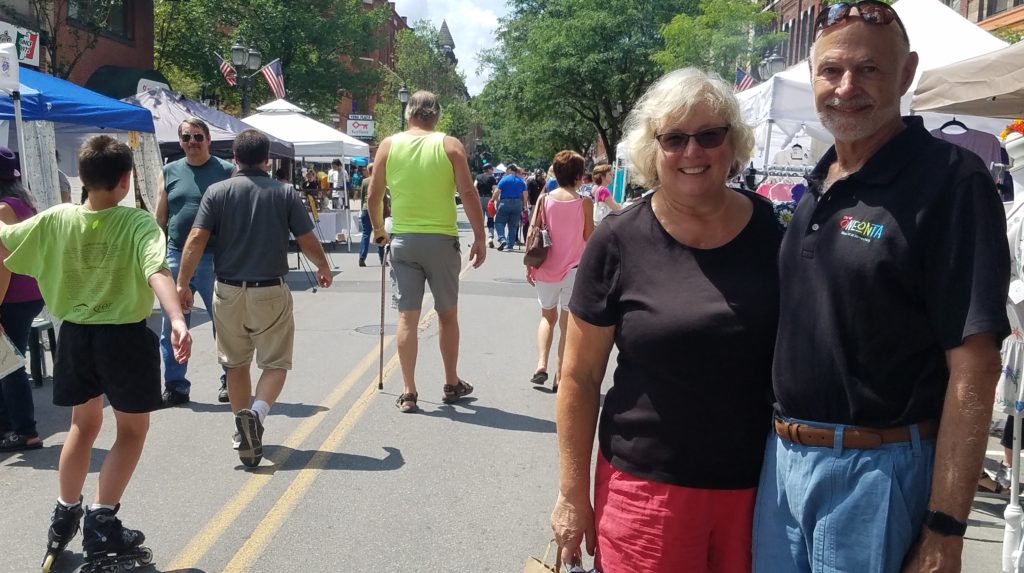 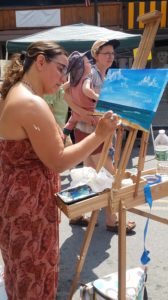 Sporting his “We’re Onta Something” shirt, Mayor Gary Herzig and First Lady Connie did some shopping at the City of the Hills Arts Festival, held this afternoon on Main Street in Oneonta. Warm weather and bright sunshine brought plenty of people downtown to visit the more than two dozen artisans and vendors who lined the streets for the annual festival, which also included music, readings and demonstrations, including Brenda Brooks of Studio BB in Goodyear Lake, right, who was busy painting a landscape next to her booth. “I had a lot on my walls, so I thought I’d sell some to buy more canvases!” she said.

ONEONTA – With an AP exam on Friday, May 10 and another one scheduled for Monday, May 13, Bradley Morell still had time to break a school discus record at the Yellowjacket Invitational on the Lloyd Baker Field.

Morell helped his team by also winning the shot put with a put of 47’ 4”, a season best by almost a foot and a half.

In all, the girls took second out of 16 teams competing in the invitational, scoring 68.5 points, and the boys placed third with 43.5. Powerhouse Norwich won both.

END_OF_DOCUMENT_TOKEN_TO_BE_REPLACED

Editor’s Note:  With this report, Connie Herzig becomes the weekly sports columnist for AllOTSEGO.com, Hometown Oneonta and The Freeman’s Journal.   An Oneonta resident and retired 25-year elementary phys-ed teacher at Cooperstown Elementary, she is active in the life of both communities, and expert in both sports scenes.  Send Connie news, story tips and any other inputs at herzig@stny.rr.com

The 29th Annual Don Howard Track & Field Invitational last Saturday, May 4, at Cooperstown High School had an unlikely star – the sun popped through for a while on a cloudy, windless and not-rainy day.  The spring season has been cold, wet and windy for much of the young season, but perfect conditions led to many season-best performances.  The great one himself, Don Howard, was there with his wife, Doris, to cheer on the teams.

The Oneonta girls’ team won the 13-team meet with 140.5 points, while Cooperstown’s girls were nipping at their heels in second with 119.5.

The two teams battled head to head in several key events, which were highlighted by the sprints, hurdle races and the jumping events.  In the 400m relay, the Oneonta team of Erin Stalder, Morgan Jipson, Yuliah Johnson and Reece Thorsland posted a time of 53.19, almost a second better than they had previously run this season.

Cooperstown’s Jensen had a great day in the hurdle races, winning the 100m hurdles and coming in second to Oneonta’s Basdekis in the 400m hurdle race.  Basdekis also won the 200m with teammate Johnson getting third.  Between them was Cooperstown’s freshman sprinter Gable.  Johnson also won the 100m for Oneonta.  In the 400m, Oneonta’s Stalder won the race, taking 3 seconds off her season best.  Teammate Olivia O’Donnell was third and Cooperstown’s Abby Ford was fourth.

END_OF_DOCUMENT_TOKEN_TO_BE_REPLACED

Van Burek Off In Style