The DOH encourages those who haven’t been vaccinated yet to get vaccinated as it is the most effective way to combat the COVID virus.

A seven-year old Decatur resident died Saturday, Aug. 28, as a result of an ATV accident on Fisher Road in Decatur.

Hunter Hornbeck was riding an ATV when it crashed. He was airlifted to Albany Medical Center on Friday, Aug. 27, but later died from his injuries.

Hornbeck, who lived in Decatur, enjoyed the outdoors, fishing and hunting. END_OF_DOCUMENT_TOKEN_TO_BE_REPLACED

This brings the total fatalities since the virus arrive in Otsego County to 18.

The latest victim was a male over 55 years, Bond said.

END_OF_DOCUMENT_TOKEN_TO_BE_REPLACED 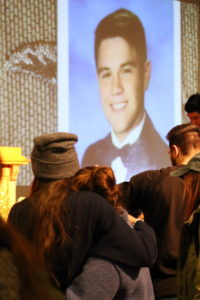 Ryan Sutcliffe, Cumberland, R.I., was  pronounced dead after a tree limb approximately 4 feet in diameter broke off during the storm, landing on his tent while he was sleeping.