Learn about candidates through Vote411

With early voting in New York’s primary underway through Sunday, June 26, voters will head to the polls on Tuesday, June 28, to decide their party’s choice for the offices of governor and lieutenant governor.

The League of Women Voters of Cooperstown and the League of Women Voters of Oneonta have updated their electronic voter guide – Vote 411 – with biographical details and responses to questions posed by the League to each candidate. To review the guide, visit www.vote411.org, where New Yorkers simply enter their addresses to read who is running and compare the candidates’ information. Voters also can print a customized sample ballot and find their polling place.

Candidates who have not submitted information to the League are listed with “Candidate Has Not Responded;” their responses will be posted as soon as candidates provide the information.

““New York state has a closed primary, which means only those registered in a recognized party may vote. In Otsego County, voters will be choosing the Republican and Democratic party candidates for Governor and Lieutenant Governor,” said Patty MacLeish, Co-President of the LWV of the Cooperstown Area.  “Using VOTE411, voters can learn from the candidates in their own words about their positions.”

For more information about the primary elections in Otsego County, visit the Otsego County Board of Elections (https://www.otsegocounty.com/departments/board_of_elections).

Because of COVID restrictions, the poll locations for primary day, Tuesday, June 22, was changed in district two to Oneonta Town Hall.

Early voting will be available at the Foothills Performing Arts Center and the Board of Elections.

All other voting locations will stay the same.

Go to www.otsegocounty.com/departments/board_of_elections/index.php for a full list of voting information.

Early Voting Over; On To Main Event

On To Main Event

COOPERSTOWN – A total of 5,223 ballots were cast during the nine-day early-voting period that ended at 2 p.m. today, according to Mike Henrici, the Democratic elections commissioner.

That compares to 367 early votes in 2018, according to Democratic Elections Commissioner Mike Henrici.  That was a non-presidential year and the first time early voting was allowed.

END_OF_DOCUMENT_TOKEN_TO_BE_REPLACED

Many People Are Casting Votes Early

COOPERSTOWN – In 2018, the first year early voting was permitted, 340 people took advantage of it.
This year, by noon Tuesday, Oct. 27, three days into early voting, 2,053 early-voting ballots had already been cast.

Throughout the day, the line has stretched from the Board of Elections classroom at the county’s Meadows Office Building, Town of Middlefield, to the parking lot.

It moves quickly, with most people voting in 12 minutes or so. First thing in the morning, while people are waiting for the doors to open, the line gets a little longer.

Early voting was instituted that some people, out of fear during the COVID-19 threat, would not vote to avoid a crush of voters on Election Day, Tuesday, Nov. 3.

Polls will be open 6 a.m.-9 p.m. that day as races for president, congressman, state senator and assemblyman are decided.

The other option to avoid crowds was absentee voting.

The deadline to obtain an absentee ballot was midnight Tuesday, Oct. 27, and Lehenbauer and Henrici saw numbers rise there, too.

By noon Tuesday, 5,885 absentee ballots had been requested. “Normally,” said Lehenbauer, “we have about 2,500 in a presidential/general election.”

Because of interest in Republican President Donald Trump vs. Democratic challenger Joe Biden, staffing was beefed up to accommodate absentee-ballot and early-voting demand, the commissioners said.

Last year, two tables were staffed for early voting. “This year, we decided we needed more,” said Lehenbauer, and they added a third.

This year, each voter is checked electronically against voting rolls, and a ballot is then printed out for that voter, who marks the ballot and inserts it in the scanner.

This also allows voters to approach any of the three tables, and keeps the queue going.

The electronic-register system will also be used on Election Day.

Because both early ballots and Election Day ballots are being run through the scanning machines, those results will be available Election Night.

However, the absentee-ballot count locally won’t start until Tuesday, Nov. 10, and should take two days.

The state Board of Elections is required to certify absentee-ballot results by Dec. 7.

So, depending how close races may be, it could be a while before results are clear.

Horror Stories From The Museum

END_OF_DOCUMENT_TOKEN_TO_BE_REPLACED

‘On Racism In Healthcare’

END_OF_DOCUMENT_TOKEN_TO_BE_REPLACED

STREAMING – Theater returns with ‘An Evening of Lanford Wilson’ featuring 3 plays performed by local actors. ‘Days Ahead,’ with Gary Stevens, ‘A Poster of the Cosmos’ with Steve Dillon, & ‘The Moonshot Tape’ with Brooke Tallman-Birkett. Cost, $10 for 2-day steaming access. Presented by Stuff of Dreams Productions. 607-432-5407 or visit www.foothillspac.org

END_OF_DOCUMENT_TOKEN_TO_BE_REPLACED

Early Voting Begins In County, And With It, New Opportunities

In County, And With

“Anything that allows more people to exercise the right to vote is important,” said Mike Henrici, the county’s Democratic elections commissioner after the first weekend of early voting in Otsego County. 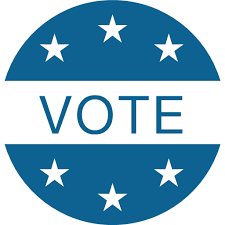 Early voting has been around for 30 years – Texas was first – and today 38 states open the polls in advance of Election Day, which this year is Nov. 5.  New York was the 38th state and, as elsewhere in the state, polls opened at 1 p.m. Saturday, Oct. 26, at the county’s Meadows Office Complex in the Town of Middlefield.

Chase, who plans to be in Colorado visiting her son on Nov. 5, and thus wouldn’t have been able to vote, said, “If it increases voter turnout, then it’s a good thing.”

Yes, but that seems not to have happened nationwide, although early voting has risen from 7 percent of voters in the early 1990s to 17.3 percent, a U.S. Election Assistance Commission statistic reported in a recent column by Hans A. von Spakovsky, a former Federal Election Commission member in the Washington Times.  That doesn’t include absentee ballots.

However, studies out of American University and the University of Wisconsin concluded states with early voting found turnout dropped 3-4 percent, he recounted.

One theory is that, with one Election Day, campaigns mount an intensive effort to get out the vote; having to do so over two weeks – or as much as 45 days in some states – saps the undertaking.

But what about in Otsego County, when you’re talking about very small numbers, particularly this year, when only county and town offices, and three state Supreme Court slots, are on the ballot.

Take the Town of Richfield, where the motivated Protect Richfield neighbors went to court, lost, then took control of the Comprehensive Plan revision to achieve their goal: banning wind turbines from the jurisdiction.

If Protect Richfield organized to drive a dozen house-bound supporters to the polls every day of 10-day early voting, the 120 votes might very likely swing the election in their favor.

Same in the county board’s District 3 (Laurens-Otego), where Democratic organizers put on a push in the June 25 primary to garner 30 write-in votes to win the Independent line for their candidate, Caitlin Ogden. Despite Republican Rick Brockway having his name printed on the Independent ballot line, he garnered only four votes.

When we’re talking that few numbers, it doesn’t take much to tilt the game board.

Don’t kid yourself that couldn’t be happening.  The other day, the county Democratic Committee sent out a tightly packed schedule of envelope stuffing and phone banking.  The OCDC is energized.

Whether Republicans are caught flat-footed remains to be seen.

With that kind of money at his disposal, you can see what kind of hay Delgado’s 2019 campaign can in the 10-day early-voting period, when Delgado will be running for reelection.

Ironically, given Democratic support of taking big money out of politics, early voting “increases the already skyrocketing cost of political campaigns,” wrote Spakovsky, who now is at the conservative Heritage Foundation.

“When so many citizens vote early, any candidate who limits spending on voter mobilization to the last few days before Election Day (instead of engaging in expensive turnout efforts during the entire early voting period) will be at a serious disadvantage,” the column said.

There are other issues.

Spakovsky pointed out that in the 2016 Presidential campaign, early voting began in three states even before Hillary Clinton and Donald Trump had completed their debates.

After early votes are cast, candidates can die.  Scandals can erupt.

In 2016, Sen. Marco Rubio, the Florida Republican and presidential candidate, dropped out a week before the Arizona primary and still received 70,000 votes, many of them early ones.

A CNN analyst pointed out John Kasich came in fourth, behind Rubio by only 6,000 votes. The Ohio governor had been beaten by “Rubio’s ghost.”

If Kasich had continued as a viable alternative to Donald Trump, who knows what our nation’s political landscape would have been today.

In conclusion, Spakovsky mourns the “damage to civic cohesiveness” gained by everyone voting on a single day.

In Cooperstown, for instance, gathering at the Rotary Club’s pancake breakfast at the vets’ club after casting your ballot is as much a part of Election Day as standing in line at St. Mary’s Parish Hall.

Candidates are there.  Republicans and Democrats shake hands.  There’s a feeling of civic cohesion, if not unity on all the issues.

“Given the costs, particularly its tendency to lower turnout, early voting is a ‘reform’ that states should consider undoing,” said the former FEC commissioner.

An unalloyed good?  It seems not.