For Now, That Means Gas

Mr. Kuzminski questions NYSEG’s petition to the Public Service Commission (PSC) for a rate increase. In particular, he objects to the allocation of $203 million (not $500 million as headlined) toward upgrading and expanding capacity of the DeRuyter gas pipeline servicing Oneonta. He states, “To cover costs of the pipeline, NYSEG is asking for a combined gas and electric hikes of 27 percent.”

Better to fund renewables, he says. Their energy source, the sun, is FREE (his emphasis). He notes, “wind farms have gotten so cheap you can build and operate them for less than the expected costs of buying fuel for an equivalent natural gas plant.” Supporting gas infrastructure denies funds for renewables which, in turn, “all but guarantees our region will remain an economic backwater.”

First, some background. The state grants utilities area-specific monopolies but regulates rates. That’s the deal. To the Editor

Utility companies aren’t exciting businesses like Amazon or Apple. They attract investors by paying decent dividends. The state allows for this attraction but little else. Rates must serve the public while guaranteeing a reasonable profit to the utility. Profits increase as the monopoly area prospers, drawing new ratepayers who want to work and live there. NYSEG isn’t that fortunate. It services Upstate New York. Now New York saddles NYSEG with extra burdens which brings them before the PSC.

Mr. Kuzminski neatly combines NYSEG’s gas and electric components in the rate hike of 27 percent. He neglects to tell you that natural-gas expenses account for only 2 percent of that hike. The remainder, the burdensome part of the rate hike, is the electricity costs.

This isn’t due to an uptick in tree trimming or emergency calls. The cause is Andrew Cuomo’s “Reforming the Energy Vision” (REV), an energy plan filled with a web of renewable subsidies, rebates, priorities, mandates, favored businesses and programs that that bleed traditional energy servers such as NYSEG in favor of renewable energy entities.

The beauty part for the Governor is that his thumb on the scales is never seen; his policies cause the rate hikes (in reality, a tax) but the utility does the collection and takes the abuse. Sweet!

When the REV was published two years ago, Otsego Electric warned its subscribers that rates would rise. Good call! However, this shouldn’t have been a surprise.

In Europe, where REV-like policies were already in place, rates had skyrocketed. Germans pay three times the amount paid by Upstate New Yorkers for electricity. If our current rates and policies are unable to attract industry, what happens when the rates triple?

The consulting firm McKinsey recently found that Germany is endangering its economy and energy supply through the transition to renewables. (Forbes, 9/5/19). After favoring renewables for almost 20 years, Germany gets only 27 percent of its electricity from wind, solar and hydro. To offset an energy disaster, it burns biomass, garbage, and lignite (dirty coal), is building a second gas pipeline to Russia, and is constructing an LNG hub near Hamburg.

Mr. Kuzminski praises a wind farm breakthrough where the cost per kilowatt hours is less than that of gas. The praise is well deserved. We need cheap energy, be it from sun, wind, water or gas, all competing in the marketplace for the best price.

Not mentioned in Kuzminski’s column is that these breakthrough wind farms are few in number, well over a thousand miles away, situated in that great geographic wind tunnel extending north from Texas to the Canadian border. This area, called the Interior, has the greatest wind resources, and therefore the greatest growth, which is why you can find some of the best electricity rates in Texas as of right now.

The Northeast has less wind, has the highest construction costs, and produces a more expensive product. However, we do have gas, under our feet and in Pennsylvania. Regionally, it’s our best road to economically attractive power.

Finally, Mr. Kuzminski predicts Upstate New York is doomed to be an eternal “economic backwater” if we don’t go all in for renewables. Really? One million people left New York in the last decade. They left for better opportunity elsewhere — lower taxes, less regulation, lower cost of living, and a lower cost of doing business. No one’s leaving town over a lack of renewable energy infrastructure.

Affordable power and heating is part of the solution to our economic woes. Here and now, natural gas fills the bill.

OTEGO – With deep sorrow we share the passing of Gary Thomas Fisher, 60, of Otego.

Gary passed with his loving family by his side Sept. 4, 2019. Gary is now reunited with his son, Kyle Faulkner; parents, Thomas and Eleanor Fisher; and beloved dog, Spyke.

Gary was well-known for the love of his boys, grandchildren and friends.

Gary could be seen around town in his Chevy Blazer with lawn mower in tow, off to his next client to do landscaping for them. He was very meticulous about his work. Gary was known for his handyman skills and the saying, “There isn’t anything Gary can’t do or fix.”

END_OF_DOCUMENT_TOKEN_TO_BE_REPLACED

IN MEMORIAM: Carol A. Kelly, Otego;

OTEGO – Carol A. Kelly, 62, of Otego, an administrative specialist at Corning Glass’ Life Sciences Division in Oneonta for 35 years, died on Sept. 4, 2019, at Strong Memorial Hospital in Rochester, following a short illness.

Born in Ossining, she resided in the Oneonta area for more than 50 years.

END_OF_DOCUMENT_TOKEN_TO_BE_REPLACED 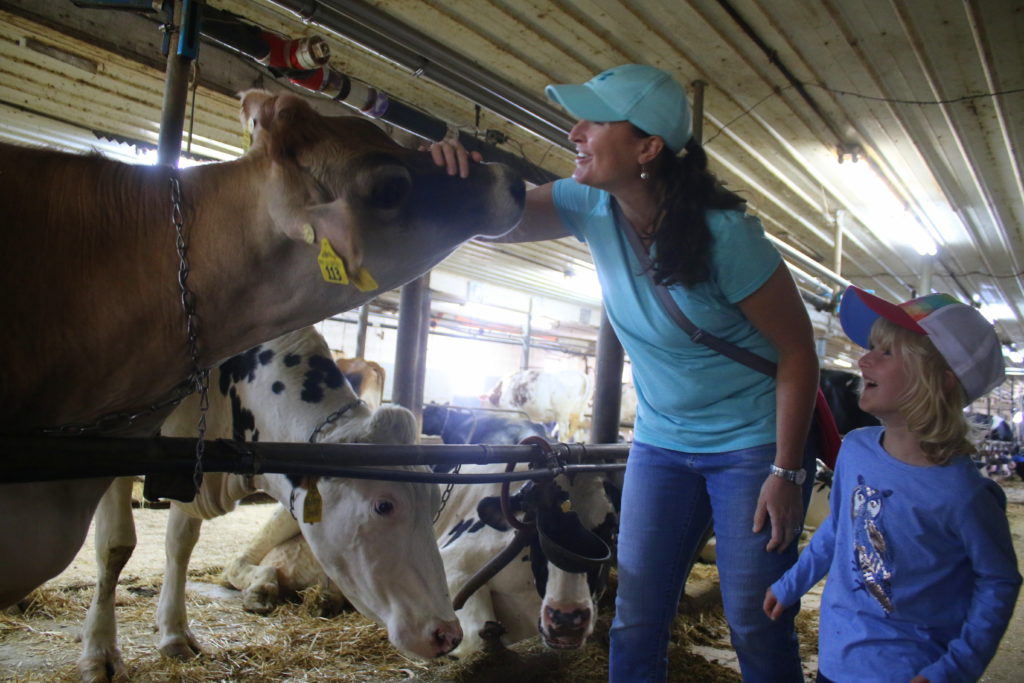 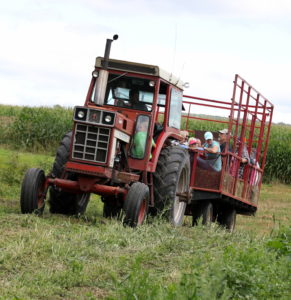 OTEGO – Louis “Louie” E. Johnson, 79, whose draft horses, Jack and Jim, were well known at plow days, wedding and log skids, passed away on Tuesday, Aug. 13, 2019, at Bassett Hospital, with his family by his side.

He was born on May 1, 1940, in Franklin, the son of Elmer and Helen (Palmer) Johnson. Louie attended Franklin and Delhi Schools. At a young age, he worked on local farms and in 1963 purchased his own farm in East Meredith on the West Kortright Church Road.

END_OF_DOCUMENT_TOKEN_TO_BE_REPLACED

OTEGO – Douglas Ray Hulick, 66, proprietor of Hulick Wildlife Control, Otego, died Aug. 10, 2019, surrounded in love with his family by his side, peacefully at home, following an extended illness. As he said, “He fought the good fight.”

END_OF_DOCUMENT_TOKEN_TO_BE_REPLACED

OTEGO – Christina “Tina” Nichols, 68, a lifetime resident of Otego and retiree of the Unatego Central School District, passed away on Monday, Aug. 5, 2019, at Bassett Hospital with her loving family by her side.

Tina enjoyed living on her family farm, gardening, feeding birds, ordering from QVC and spending summers at East Sidney Lake, where she was known as Granny by many.

END_OF_DOCUMENT_TOKEN_TO_BE_REPLACED

Tom was born Oct. 10, 1952, in Ridgewood, NJ, the son of Tibor and Virginia (Filer) Korenyik.  His automotive expertise (especially with Chevys), work ethic, sense of humor, and “gift of gab” will be missed by those whose lives he touched.

END_OF_DOCUMENT_TOKEN_TO_BE_REPLACED

– And Democrats Failed It

First, it should be said that there’s a troubling lack of interest this year in running for the Otsego County Board of Representatives, whose reach, from road building to social services, touches all 60,094 of us.

In the 14 districts, there are only three contests coming out of the June 25 primary:

Contrast that with 2017, when 12 of the 14 seats were contested, and there were some humdingers.

END_OF_DOCUMENT_TOKEN_TO_BE_REPLACED

OTEGO – Kevin Michael Mroczkowski, a Vietnam veteran and 911 responder, was called home by his Savior on 3 July, 2019, after a three-month fight against cancer.

Kevin was in the company of family at the time of death, and he was frequently visited by cousins, nieces and nephews and friends during his illness.

Kevin was born in Brooklyn on 2 March, 1950, the son of Stanislaus S. and Margaret E. Mroczkowski.  He grew up in Queens  and, shortly after graduating from Far Rockway High School, he served his country in the Army.  He was trained as a medical corpsman and during the Vietnam War he served at the 6th Convalescent Center in Cam Ranh Bay, Vietnam.

END_OF_DOCUMENT_TOKEN_TO_BE_REPLACED

OTEGO – Local funeral services will be Wednesday, May 22, for Doris H. Reeves, 94, widow of Attorney Frank Reeves an honored Hartwick College administator, who passed away Feb. 18, 2019, in Redding, Calif., where she had been living near her daughter for the past 10 years.

Married in 1950, the Reeveses spent most of their married life on the family farm in Otego, where they raised their daughter, Barbara.

Doris was a wonderful lady, beloved wife and mother, teacher, adviser, administrator and dear friend to many.

END_OF_DOCUMENT_TOKEN_TO_BE_REPLACED

Debra A. Klein, 66, Otego; Known To Generation Of Unatego Students

Known To Generation Of Unatego Students 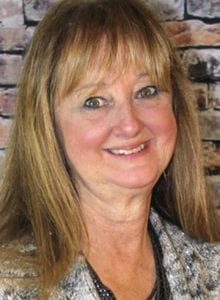 OTEGO – Debra A. Klein, 66, a Unatego Central teaching assistant and bus driver for 30 years, passed away peacefully Friday, May 3, 2019, at her home in Otego, surrounded by her loving family.

She was born Dec. 11, 1952, in Delhi to the late Morris and Genevieve (Dorosky) Chichester.

A life-long area resident, she married Richard Klein on July 16, 1995.

END_OF_DOCUMENT_TOKEN_TO_BE_REPLACED

OTEGO – After a public hearing this week, the Unatego Central School District has delayed a decision from July 1 to December on a plan to convert the middle-high school into a single K-12 campus.

The plan would close the Unadilla Elementary School; the district’s other elementary school, in Otego, was closed in 2017.

“We would rather do the plan right than fast,” Unatego Central School District Superintendent Dr. David Richards said in an interview Thursday.

At a public hearing Wednesday evening, Richards and the school board gave community members a “snapshot of where we are now” in developing a plan to renovate and reorganize the Unatego middle and high school building between Otego and Wells Bridge to accommodate 750 students. It was built originally to serve 450 students.