There Is Still Time to Enjoy the Lake

There Is Still Time
to Enjoy the Lake

As summer winds down and autumn approaches, there is perhaps no better time to get out and enjoy the beauty of Otsego County’s pristine lakes and waterways.

For people who own their own boats, this time of year is generally when they begin to taper down their activity after a long summer of many days on the water, but for those who don’t have a boat of their own it is an excellent time to rent one from one of the local boat rental operations. From fast-moving power boats, to spacious pontoon boats, to kayaks and canoes, numerous local rental opportunities exist.

Otsego Lake, the “jewel in the crown” of county lakes, offers several possibilities.

END_OF_DOCUMENT_TOKEN_TO_BE_REPLACED

PORTLANDVILLE – Brent Baysinger looks over the calm waters of Goodyear Lake and the growing business empire he has built on its banks and said it feels humbling.

“I am blessed,” he said. “I think the biggest thing is I am just so thankful for the support, not only from family and friends but also the local community.”

Baysinger, a 2000 Cooperstown Central School graduate, was doing hospitality work in Vail, Colorado, in his 20s, when he said his mother, Lonetta, proposed a business idea.

“I very much grew up a water kid,” Baysinger said. “It was actually my mom who had the idea first. She was the one who was living here and had her finger on the pulse and saw there was a need for this. I was ready for a change and I always liked to be my own boss and do my own thing.

“I basically had the opportunity to start this, and being outdoors and on the water, I didn’t have to think long about it,” he continued.

Canoe & Kayak Rentals and Sales launched in 2009 in the town of Milford, along state Route 28. Although the economy was still reeling from the 2008 recession, the weather gave Baysinger’s business a break.

END_OF_DOCUMENT_TOKEN_TO_BE_REPLACED

“His philosophy was the share a loaf of bread with many rather than just give it to one,” said the father. “So I try to do the best I can.”

Following his 25-year-old son’s sudden death in September 2016, Singh struggled to find an outlet for his grief. “I was sick to my stomach,” he said. “No one should ever have to go through that.”

But Ravi’s philosophy stuck in his mind, and he figured out how to honor his son’s short life and keep his memory alive in the community he was raised in. “I decided to do a charity,” he said. “He was very outgoing. I was shocked at how many people liked him.”

His first thought was that he would donate Ravi’s house on East Main Street to one of the local non-profits.

“I offered it to Catholic Charities and (Catskill Area) Hospice – they could have it as long as they kept his name on it,” he said. “But they both said it wasn’t suitable for their needs.”

He decided that he would start a charity to give money to local organizations. “This is what his feeling would have been for the community,” he said.

END_OF_DOCUMENT_TOKEN_TO_BE_REPLACED

Lumberfest Cuts With The Best 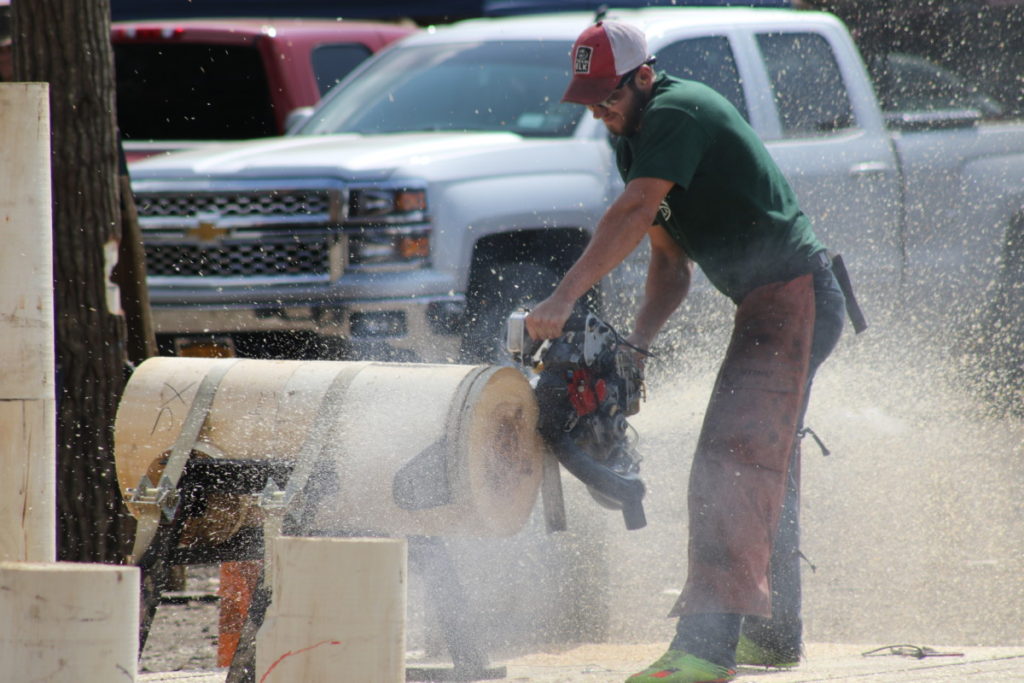 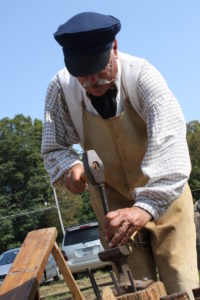 Above, Billy Adams, Owego, cuts through a log like butter with his custom-made chainsaw during the Hot Saw Competition at Wightman Lumber in Portlandville this afternoon as part of the 1st annual Lumberfest Lumberjack Festival. At right, professional cooper Bob Allers, Deansboro, demonstrates hoop making for barrels and drinking mugs.  The lumber yard partnered with the New York State Lumberyard Association to put on the event.  (Ian Austin/AllOTSEGO.com)