Tucker Carlson: Democrats pushing unity through domination of their opponents 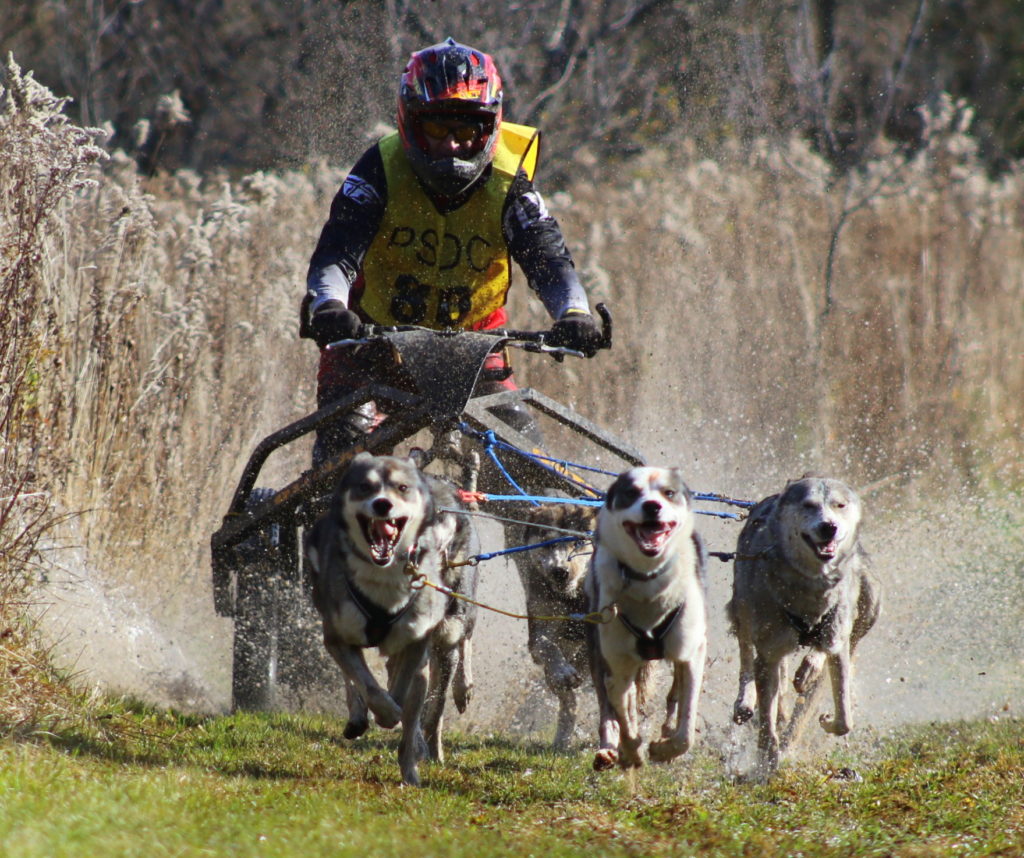 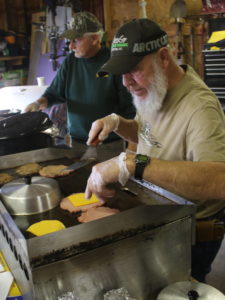 Water-logged trails and a lot of mud didn’t seem to slow down 82 teams of dog racers in Richfield Springs this morning during the Dryland Sled Dog Challenge, part of the International Sled Dog Racing Association. Landowner Steven Davis, seen above driving a team during the six-dog event, is an 11-year veteran of dog racing and hosted the event on his land on Millstone Road. Teams came from Michigan, New Hampshire and Pennsylvania, as well at the provinces of Quebec and Ontario. While racers waited for their turn, they could stop by the concession stand and grab a burger made by Danny Garbera, Richfield Springs, and Dennis Dorn, Springfield Center, (inset photo), who were representing the Canadarago Snow Toppers. Also helping out with dog handling were members of the Richfield Springs Youth Sports group. The races continue tomorrow starting at 8am. (Ian Austin/AllOTSEGO.com)

END_OF_DOCUMENT_TOKEN_TO_BE_REPLACED

COOPERSTOWN – Doug Thompson doesn’t have anything against toppings, but he believes, at least for the first bite, the meat should speak for itself.

“It will really surprise you when you realize that meat has flavor,” he said.

Monday, June 24, he and wife Carrie opened a butcher shop, The Green Cow, at 21 Railroad Ave., and for the first time local grass-fed beef – a growing ag sector for a decade – is available to local shoppers.

END_OF_DOCUMENT_TOKEN_TO_BE_REPLACED

‘Mom’ To Many, She Sang Every Day

Born May 14, 1927, in Bridgewater, she was raised and lived most of her life in the Bridgewater, Sauquoit, Clayville and Van Hornsville area. She married Leland Smith in December 1944.

Nicky was a homemaker, cook, mother, wife, friend and “mom” to many. The Smiths were dairy farmers and their home and farm were the perfect place to raise their eight children.

END_OF_DOCUMENT_TOKEN_TO_BE_REPLACED

Retired OR Nurse At Bassett

She lived at Havenwood Heritage Heights in Concord for the past nine years.

Raised in the Baptist church, Barb’s unshakable faith guided and strengthened her throughout her life, in happy times and sad times. She lost her son at age 10 and survived domestic abuse. “Let your life speak,” say the Quakers, and Barb did so, with her gentle and forgiving nature, optimism, generosity, and most of all, loving kindness. She walked “cheerfully over the world, answering that of God in everyone.”

END_OF_DOCUMENT_TOKEN_TO_BE_REPLACED

RICHFIELD SPRINGS – Andela Products President Cynthia Andela outlined her plans for a gas-fueled commerce park on 55 acres owned by Otsego Now south of this village to the Richfield Springs Chamber of Commerce Tuesday, Feb. 19.
When complete, she anticipates Andela and subsidiaries Ruby Lake Glass will be adding nine more jobs to their 20-job workforce.

END_OF_DOCUMENT_TOKEN_TO_BE_REPLACED

Shown in the same arena as The famous Budweiser Clydesdales, Wilson’s Clydesdales brought home a total of six ribbons from the World Show, including 1st & 4th place single cart in the Make-A-Wish category, which collectively, brought in $20,000 to help realize a Dream for a much deserved Cancer patient. Captain Max took 5th in Halter class & Patrick took 9th, as well as two other team wins which included Royal Rex.With over 700 Clydesdales competing to be the best of the best at the 2018 World Clydesdale Show, Captain Max, Royal Rex and Patrick, of Rolling Meadows Clydesdales in Richfield Springs placed in all classes, culminating in nominations for the All-American Clydesdale Awards, their owner, Donna Wilson, reported.

They had a full summer of shows, with wins at the Midwest Regionals at the Wisconsin State Fair, Boone County Fair and the Nationals at the Iowa State Fair.

Worked For General Electric For 30 Years

RICHFIELD SPRINGS – Arlene J. Burnside, 84, who for more than three decades  worked on the line for General Electric, passed away Saturday afternoon Dec. 22, 2018, in her home, with her family by her side.

She was born on June 14, 1934 in Cooperstown, a daughter to the late Ward C. and Dorothy M. Sheridan Fish. Raised and educated in Richfield, she graduated from Richfield Springs High School.