Teens encourage peers to get vaccine

Florida DUI fugitive, linked to 2 deaths, busted in Mexico after 14 years on the run: authorities

Rose McGowan speaks out in support of Britney Spears: While we were being entertained, she was being tortured

Will Cain: The left 'fundamentally unserious' about addressing a culture of crime 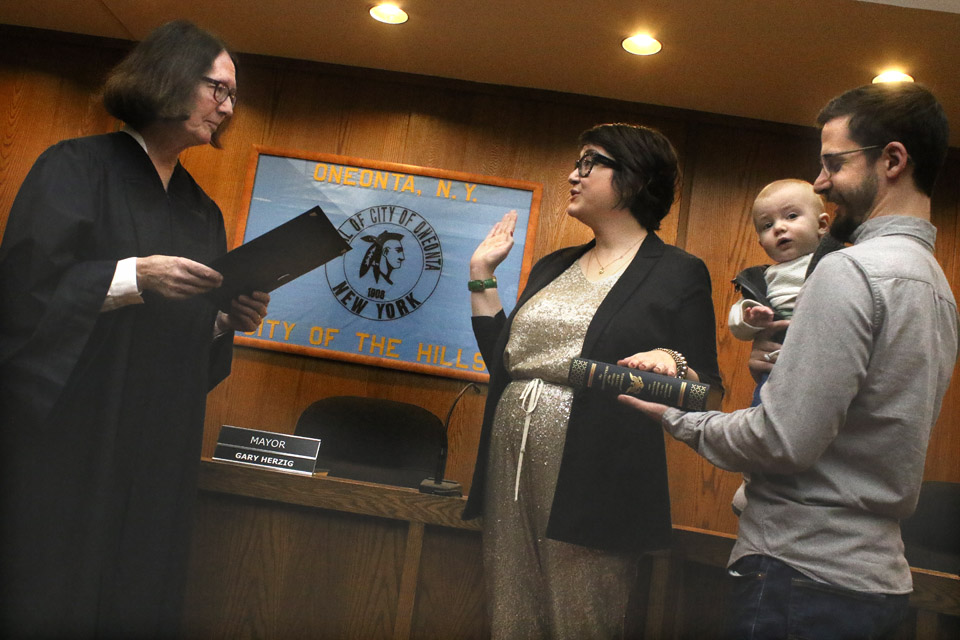 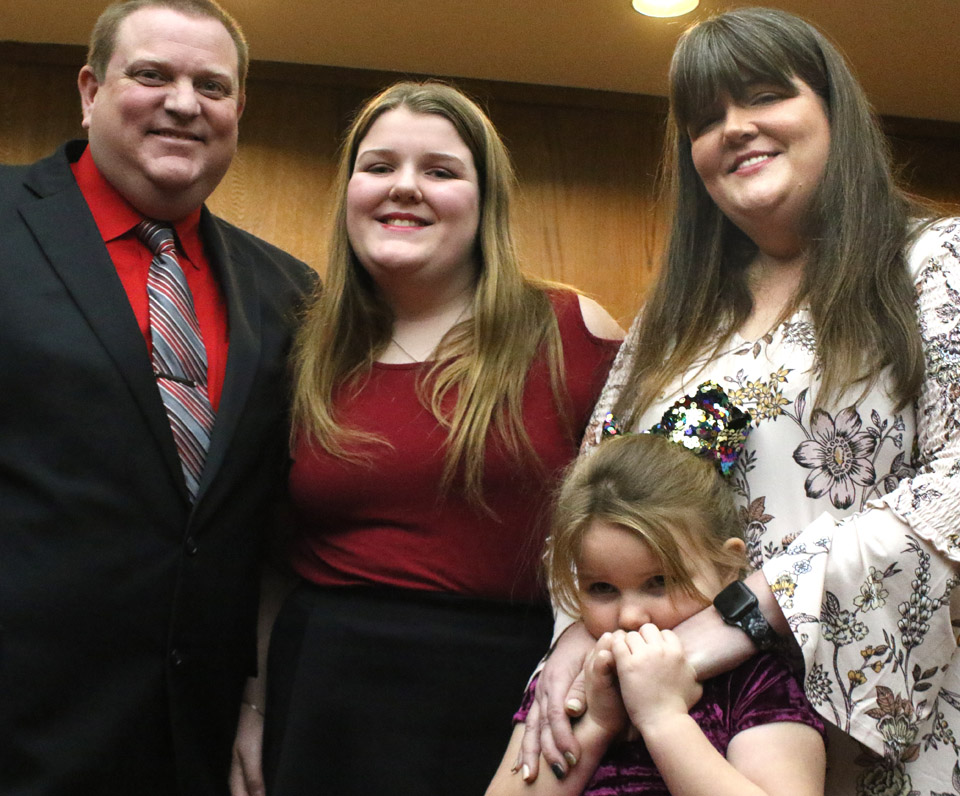 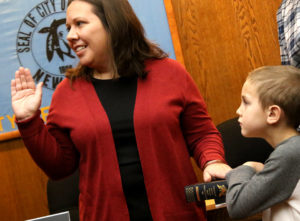 Youth will have its way, and that was certainly the case in Oneonta Common Council Chambers at 1 p.m. today, where the a youthful crop of candidates – with their children at their sides – took the oath of office, most on the Constitution instead of the Bible, from City Judge Lucy Bernier.  Above, young Henry Shue, 9 months, in dad Jared’s arms, surveyed the packed room as mom Kaytee Lipari Shue was sworn in as Ward 4 Council member.  Inset middle, a shy Addison Harrington, 5, stood for a portrait with mom Kerri, sister Meghan, 13, and dad Scott, newly elected Council member from the Sixth Ward.  When newly elected County Rep. Jill Basile, D-District 14, was sworn in, inset lower, son Matteo, 7, put his hand on the Constitution beside his mom’s. Five new Council members were sworn in: Shue, Harrington, Luke Murphy (Ward 1), Mark Davies (Ward 2) and Mark Drnek (Ward 8).  Len Carson (Ward 5) was absent.  In addition to Basile, Clark Oliver, District 11, was sworn in as a county representative.  Incumbent Council members David Rissberger (Ward 3) and John Rafter (Ward 7) were sworn in for new terms.   In his introduction, Mayor Gary Herzig praised the youthfulness of the new officials – Oliver is the youngest county board member in history, and Murphy is still in his 20s.  Due to younger citizens, Herzig said, “small cities are being reborn” as “vibrant, progressive and creative.”  (Jim Kevlin/AllOTSEGO.com)