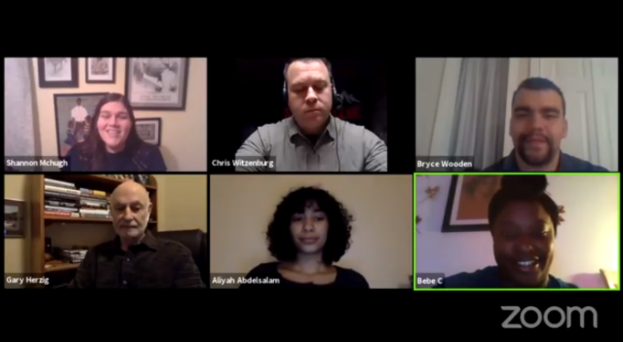 ONEONTA – Following the murder of George Floyd in May of last year, Gov. Andrew Cuomo instructed the implementation of Community Advisory Boards to help reform police departments across the state.

With the input of community members, these committees are in the process of compiling recommendations for OPD reform – among them: redirecting funds, redirecting various calls, the continuation of the board after April and its assistance with potential hires and other items, better-utilizing community resources and, perhaps most widely discusses, a clear path for community members to issue complaints and/or compliments.

Recommendations are due to the CAB on March 22 for finalization and ultimate submission to the governor’s office in April. Collectively among the committees, dozens of pages have been written.

According to Hartwick College Director of Diversity and CAB Member Biama Charles during tonight’s board meeting, it will be important to include statistics, data and surveys if the recommendations are to be well received and ultimately applied.

Oneonta City Mayor Gary Herzig assured that the board has the ultimate say in the decision, however, nonetheless, Herzig finds it beneficial to include Acting Chief Chris Witzenberg in the discussion to include the perspective of those in the department.

When questioned by a community member during the open forum as to why progress was not yet being made, Witzenberg stated that, with a nine-member deficit, the day to day was not being compromised, however, on other items the department was “kicking the can down the road.”

Herzig added that recommendations were not yet finalized and that expecting the implementation of such would be “premature” at this time. Herzig went on to add the importance of an open dialogue and establishing points of agreeance.

CAB Member Shannon McHugh added on to a point of “tightening the belt” suggesting that there were items that could be “cleaned up” in the meantime.

Witzenberg agreed, noting the various changes that need to be made, including updates to the department’s website including a complaint and compliment forum.

Herzing noted that, while he hears the concern, he finds it important to “not fill a hole just because,” and to rather take the time to establish the most effective and best practice for the city, its department and community members.

Charles restated that, taking the time to establish recommendations with clear and specific statistics would ultimately speed up implementation after that final report was submitted.

Witzenberg thanked the board for their efforts adding that “reform in law enforcement is ongoing,” adding that this department and others “are in a better place than it was 10 years ago.

Vowing to do better with the implementation of various solutions, Witzenberg looks forward to making “meaningful change.”

Herzig concluded the meeting in saying that he is “blown away” by the number of hours, work, energy, passion and “innovative approach” of the board and other community members.

“There is no end goal; it is about continuous improvement. Change is ongoing. When we stop improving we die. The key is constantly working towards how we can be better,” Herzig said adding that he is “optimistic these changes will lead to an even better police department,” before the meeting was adjourned.