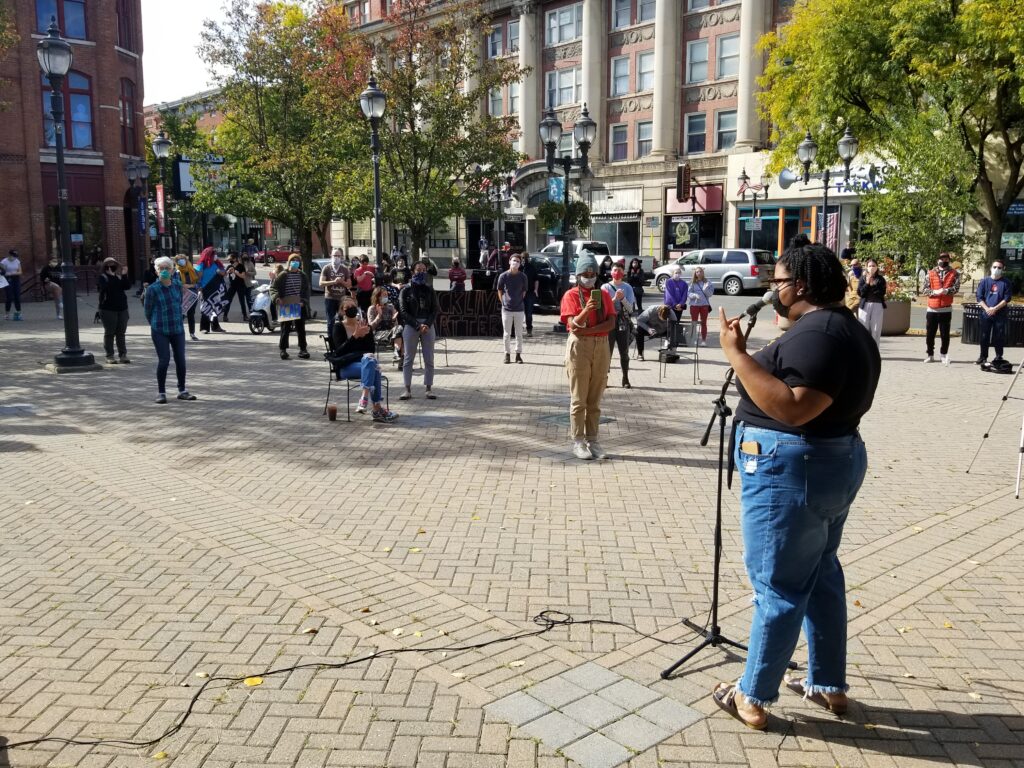 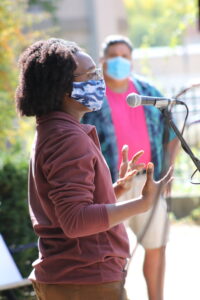 At what its organizers called “The Patriots Rally” this afternoon in Oneonta’s Muller Plaza to combat “white supremacists and racism,” co-organizer Diandra Sangetti-Daniels, above, calls for the continued defense against racism in all forms. Sixty-five people stopped to listen to several speakers, including co-organizer Johnny Brown, inset photo, as well as Anthony Baron, Zach King and Anthony Eardley, who recited Martin Luther King Jr.’s speech,  “America’s Chief Moral Dilemma.”  Sangetti-Daniels is also organizing a Community Speak-Out, where people can come and tell their experiences to community leaders. While the date has yet to be set, she is excited for the meeting; “Many people come to these rallies and tell their stories, but feel the people who need to hear them are elsewhere. At this meeting, the people who implement chance will be there.” (Ian Austin/AllOTSEGO.com)