END_OF_DOCUMENT_TOKEN_TO_BE_REPLACED

ONEONTA – Ryan Brooks, third-generation owner of Brooks BBQ is a man of his word.

“I made a promise to my grandma” – Frances Brooks, co-found with husband Griffin – “that I was always going to keep this place going,” he said.

When the COVID threat shuttered the restaurant in March, he began innovating almost immediately to ensure the regional culinary landmark would make it through.

He marshalled a three-vehicle fleet – his own included – and began to delivery to homes and offices.

He offered take-out and curbside pickup with online ordering.

He moved waiters and waitresses onto the bottling line so that none of his employees had to go without a paycheck.

As the weather got warmer, he expanded outdoor dining by 50 seats, and added an outdoor with a restroom trailer that’s cleaned every 20 minutes.

And now, with the outdoor dining season winding to a close and many his army of loyal patrons still wary of dining indoors, he’s turning to “pick-it-up, take-it-in,” a model that’s become popular nationwide.

Ryan is active in national restaurant organizations, and at conventions he and other barbecue vendors seek out the most popular such establishments in the host cities.

“I’ve travelled to some of the best barbeque restaurants in the country,” he said a few days ago at an interview in Brooks’ spacious dining hall at 5560 Route 7, “and every single one of them has a ‘pick-it-up, take-it-in’ concept.”

It’s simple: order your food – either online or in person – pick it up at one of the windows and take it inside to dine with your party – for now, at socially distanced tables, of course.

“It’s about being able to sit and eat with your friends,” he said. “It’s very relaxed, very back-to-basics.”

Gone are the self-serve salad bar, the beef bun and the sampler platter, where supply issues made getting the top round cuts difficult.

“We were even having trouble getting our take-out boxes,” he said. “If you came in once a week for a month, each time, you’d probably have a different manufacturer making the containers.”

The beef bun was replaced by brisket, which Brooks said has been a popular addition. “It’s flying,” he said.

But that’s not the only change. “People were always disappointed that we didn’t serve beer,” he said. “The pairing of beer and barbeque is a natural.”

Partnering with Cooperstown Brewing Co., diners can order a can of their new “Third Man Ale” with their meal. The restaurant will also have beer on tap, as well as Sidney-based Awestruck hard cider and seltzer.

Three take-out windows have been added at the front of of the building – as takeout multiplied at with the New York Pause, line multiplied too.

“We had one telephone line when this started,” he said. “Now we have seven, and they are constantly ringing.”

The gift shop has also been expanded and moved from behind the main building to the front of the restaurant.

And if you’re looking for a familiar face, Phyllis O’Sullivan, Ryan’s aunt and waitress of 60-year tenure, will still be up front to help serve her customers. “She’ll be right there when we open our doors,” he said.

Brooks worked alongside his kitchen crew on the busiest days. “It’s like being in a submarine,” he said. “We had to change the whole flow to two prep lines, and we incorporated a lot of their ideas to make it easier to work in there. We learned so much about each other.”

At the bottling plant, he had to add a second shift to keep up with the demand for take-home sauces. “Our bottling business is up 110 percent,” he said. “We’ve got 50 people on the line.”

Brooks stopped the vaunted catering business in the spring, but he’s again Brooks reached out to non-profits – which he recognized are also struggling – to partner for “drive-thru” dinners.

“Our catering is back up to six days a week,” he said. “We just did over 6,000 dinners for the health care workers at Albany Med, at cost.”

He paused, then went on: “70 years of history had to change in seven months,” he said. “But it’s time to rethink our process and update.”

BOAT PARADE – 3 p.m. Get out for the annual ‘We Love Our Lake’ decorated boat parade. This years theme ‘Lets Celebrate – It’s The 4th Of July.’ All boats welcome from human powered to motor powered and all in between. Participants are reminded to practice social distancing. Parade assembles at 3 Mile Point and proceeds on West Side of the Lake to Lakefront Park, Cooperstown. 518-542-6630 or visit otsegolakeassociation.org for info.

END_OF_DOCUMENT_TOKEN_TO_BE_REPLACED

You’ll Have It TO GO! From Emergency, Novelty: Folks Around County Pick Up Dinners

You’ll Have It TO GO!

Around County Pick Up Dinners

With Governor Cuomo’s order that all “non-essential” businesses be shuttered, restaurants can no longer accommodate dine-in customers.

“When the quarantines started happening last week, I walked into work and there were no customers coming in,” said Brian Wrubleski, who owns Mel’s at 22, Cooperstown. “It was like someone took something out of my heart.”

Some, like Morey’s and The Depot in Oneonta, the Doubleday Café in Cooperstown and Jackie’s in Milford, simply closed.

Many others, including Mel’s, Brooks, Council Rock Brewery and The Otesaga’s Hawkeye Grill have quickly adapted to take-out and delivery.

“I don’t think a lot of people know which restaurants are open,” said Council Rock’s Becky Davidson. “But it’s always nice to see some friendly faces.”

Take-out isn’t new to Brooks, but the spread of COVID-19 prompted Ryan to move up his plan to add delivery. “We want to help get people the food they want,” he said. “We deliver within a 10-mile radius with no fee, but it’s a $20 minimum order.”

In addition to the company vans – a frequent sight around the county in the summer – Ryan put his own SUV up for delivery. “The crew is having fun in my car,” he said.

Some, like John Shideler, The Otesaga’s new general manager, are finding ways to add new offerings to their “to-go” menu. “We’ve added a grilled salmon so we have a fish offering,” he said. “And we’re absolutely still offering our desserts: We have a new apple cinnamon bread pudding.”

The response, he said, has been strong. “We’re a favorite in the community,” he said. “The community has been so welcoming to me, and we want our customers to feel comfort knowing that we’re still here.”

“We’ve been doing take-out all along with our fish fry, so we had a busy Friday,” said Davidson. “And I posted on Facebook to let people know that our shrimp and garlic pesto fries are still available, so people know they can still get their favorites.”

“It’s a different methodology,” said Wrubleski. “With dine-in, it’s a full-service interaction with the customer. You make the meal look beautiful on the plate. But we’re trying to make it look beautiful in the take-out box too.”

Although face-to-face interaction has been minimized, he’s still finding new ways to interact with his customers. “I do most of the deliveries myself,” he said. “We include two free cookies with every order, and my daughter Alex writes a little message on every one of the boxes.”

Similarly, The Otesaga is including a card from the staff with each order. “When we re-open, they can bring it to The Hawkeye or The 1909 and get a free glass of wine,” said Shideler. “It’s our way of saying thank you to all the people who are supporting us through these difficult times.”

And Wrubleski is concerned about the employees he had to temporarily lay off. “It’s depressing,” he said. “A lot of people in this industry live paycheck-to-paycheck, and I’m trying to support them as best I can.”

In addition to delivery and manning phones, Ryan has shifted some employees to the bottling plant to keep them on payroll. “These are tough times, but we’ll get through them together,” he said.

“Food is comfort,” said Wrubleski. “We like to try and do things to make people happy.”

By JIM KEVLIN – Special to www.AllOTSEGO.com

Brooks BBQ proprietor Ryan Brooks characterized current conversations as “hopes and dreams.”  The company had been looking for a site for a 150,000-square-foot bottling plant expansion as recently as 2017, but has since settled into its plant on the site of its Route 7 restaurant complex, and Brooks doesn’t expect anything to happen “for a while.”

The latest round of conversations was initiated last fall, Wood said, when Olon Archer, who owns the Oneonta Plaza property, sought and received a zoning change on the plaza to Planned Development District/Industrial-commercial; that would open the way for Brooks’ initiative.

That prospect also revived the idea of extending sewer lines from the City of Oneonta into the town, Wood said.

Previously, the town supervisor said, he canvassed homeowners along that stretch of Route 7, but found little interest in participating in a sewer district, which would require them to pay a fee.  However, he said, the Big Four could create a “transportation corporation” that would allow them to share the cost.

When former Oneonta Mayor Dick Miller first looked at running the sewer line out to Brooks in 2013, the cost estimate he obtained was $1.2 million, Wood said.  While the Big Four were at first enthusiastic about collaboration, an investment in the $300,000 range cooled their enthusiasm, he said.

However, the town has contracted with Delaware Engineering, the engineering consultants, to revisit the cost estimate.

And, the supervisor said, there may be state programs to help meet the cost, or perhaps a “member item” from state Sen. Jim Seward, R-Milford, or other members of the county’s delegation.

Jody Zakrevsky, Otsego Now CEO, was invited to last week’s conversation but unable to attend.  However, he said state economic-development funding would be available if Brooks – and/or the other three entities – were to create new job.

Last time the prospective Brooks expansion was in the news – in 2017, it was in conversations with Otsego Now over “shovel-ready sites” in the former Pony Farm commerce park – it was estimated that 45 new jobs would be created.

Find Fun Items For The Holidays

END_OF_DOCUMENT_TOKEN_TO_BE_REPLACED 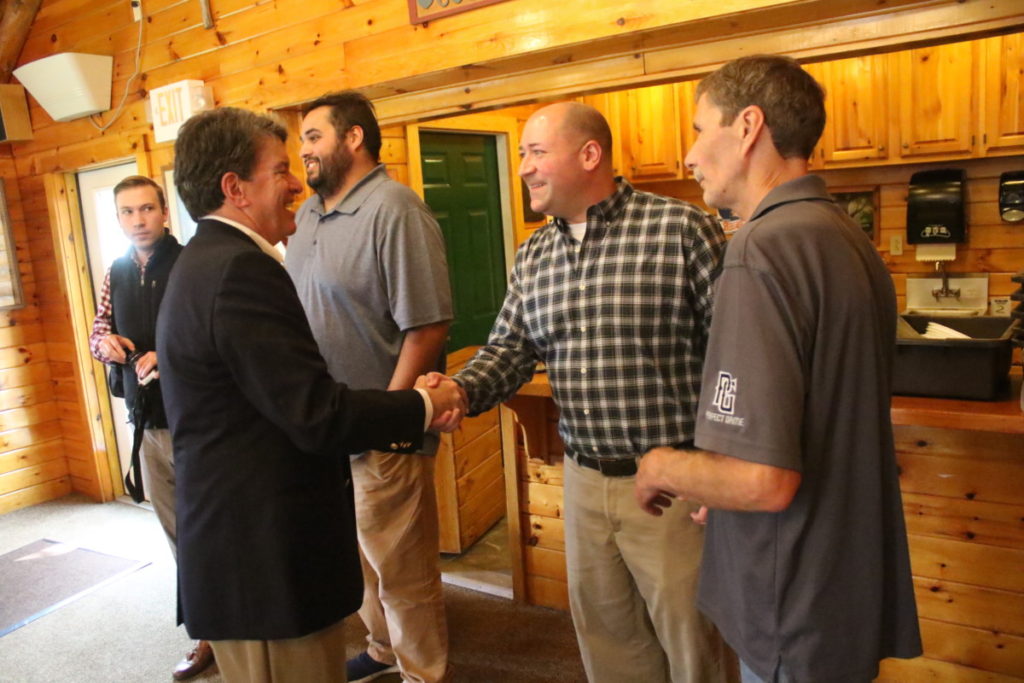 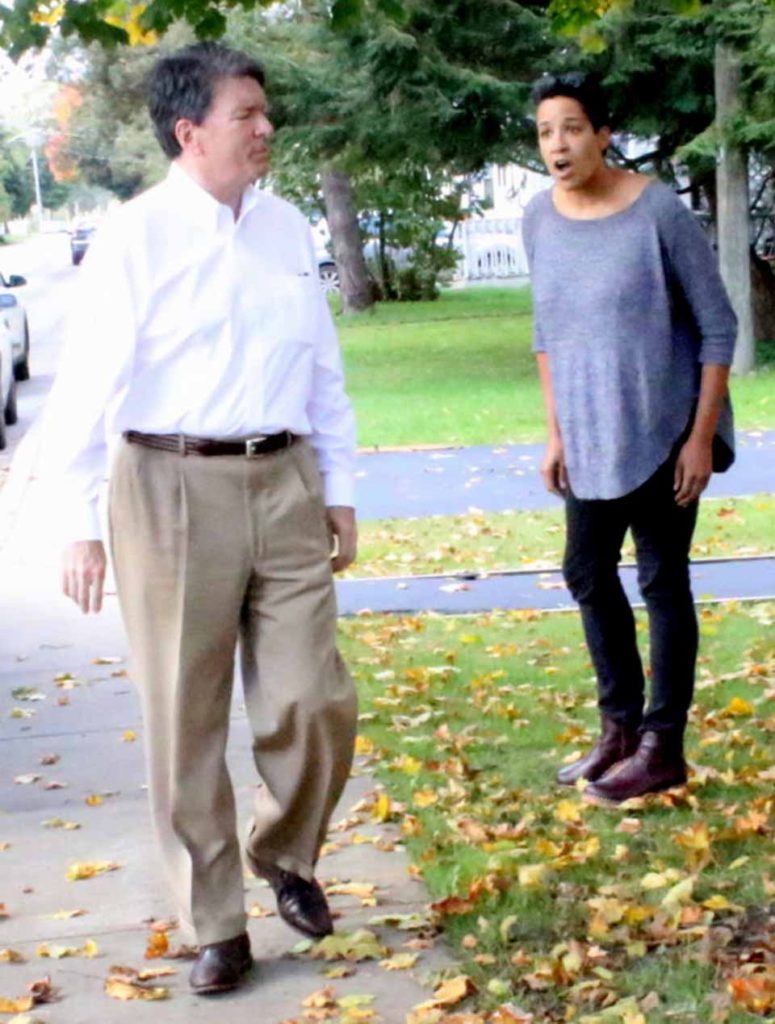 END_OF_DOCUMENT_TOKEN_TO_BE_REPLACED

GALLERY RECEPTION – 5-7 p.m. Opening reception for “Cotton: The soft dangerous beauty of the past.” Exhibit explores both the beauty of cotton and how it prolonged slavery in the US. Reception features gallery talk and dance performance “Cotton in Motion.” Exhibit on display thru 3/16. Martin-Mullen Art Gallery, SUNY Oneonta. Call 607-436-3456 or visit suny.oneonta.edu/art-department/art-galleries