In anticipation of the long duration winter storm, the City will be lifting parking restrictions and opening the municipal lots (Dietz St, Wall St, Westcott Lot, Damaschke Field) and the parking garage for off-street parking as of 6:00pm tonight (2/2/2022).  Vehicles left on city-streets after 2 1/2″ of snow are subject to ticketing and/or towing at the vehicle owner’s expense.

SUMMER BOOK SALE – 9 a.m. – 5 p.m. Browse through used books of many genres, including nonfiction, arts and crafts, children’s books, cookbooks and much more to support your local library. Cost, $1-$2 for most books. Thru July 4. Cooperstown Village Library. 607-547-8344 or visit www.facebook.com/VillageLibraryOfCooperstown/

END_OF_DOCUMENT_TOKEN_TO_BE_REPLACED

Run to support the Susquehanna SPCA. This year the shelter is partnering with three local breweries to raise funds for animals in need. The 0.5K Fun Run is a kid-friendly event beginning at 8:30 a.m., the 5K at 9:15, and the 10K at 9. There will also be a pet parade with prizes. Cost is $10 for ages 13+ in the 0.5K, $30 for adults in the 5K and 10K. Age-appropriate drinks will be provided to the runners. Winners will have an adoption sponsored in their names. Starts at Brewery Ommegang, 656 Co. Hwy. 33, near Cooperstown, on Saturday, June 19. Call 607-547-8111 or visit sqspca.org/fetching-brews-run-walk/.

Hang out at Fire Pit Friday with friends and enjoy The Beadle Brothers live performance of modern country music, from 7 to 10 p.m., at Brewery Ommegang, 656 county Route 33, near Cooperstown. Friday, June 18. Call 607-544-1800 or visit www.ommegang.com/concerts-events/.

Get the teens out of the house for fun game of Fizzball with the Teen Center and Otsego Pride Alliance. Bring a garbage-bag smock, goggles and get ready to have some fun. New players are welcome. At 7 p.m., Friday, June 18. Meet at The Skatehouse, Neahwa Park in Oneonta. Call 607-441-3999 or visit www.facebook.com/oneonta.teencenter.

The Oneonta Outlaws will host the Amsterdam Mohawks. Children 18 and under get free admission, sponsored by SFCU. 7 p.m., Thursday, June 17. Damaschke Field in Oneonta.

WRITERS SALON – 7:30 p.m. Open mic followed by presentation by Marly Youmans, author of eight novels, 2 Southern fantasies, an adventure in blank verse, and 4 collections of poetry. Free, open to public. Presented through Zoom by the Community Arts Network of Oneonta. 607-432-2070 or visit www.canoneonta.org/event/writers-salon-marly-youmans/?instance_id=1203

END_OF_DOCUMENT_TOKEN_TO_BE_REPLACED

What Happened to the
Songs of the Erie Canal?

NEW YORK HISTORY – 6:30 p.m. Learn about the culture and music from when the Erie canal connected Buffalo to New York City in video ‘Where Did the Songs Go? The Musical Legacy of the Historic Erie Canal Part 1.’ Part 2 will debut June 17. Presented by the Arkell Museum, Canajoharie. 518-673-2314 ext. 113 or visit www.arkellmuseum.org/events-calendar

END_OF_DOCUMENT_TOKEN_TO_BE_REPLACED

After a one-year hiatus because of the coronavirus pandemic, the Oneonta Outlaws will return for a 2021 summer baseball season.

The team will again be part of the Perfect Game Collegiate Baseball League, competing in the Eastern Division.

The Outlaws will open the season Thursday, June 3, with a 7 p.m. game at Saugerties. The home opener will be at 7 p.m., Friday June 4, when Oneonta hosts Mohawk Valley at Damaschke Field in Oneonta’s Neahwa Park.

The Outlaws are scheduled to play 46 games in June and July, with half at home. The PGCBL has said some games may not be played if COVID protocols are required.

However, the team officials said they are optimistic about the season and the team’s ability to host fans for games.

“Any return to normalcy is good for the community and good for people in general,” Hughes said. “It’s like everything is moving in the right direction, so we look forward to having some baseball.”

Beang, a 2018 OHS graduate, played at Binghamton University in 2021, after a year at College of Saint Rose. He was the Bearcats closer, pitching 10 times during the season, with a 4-0 record, one save and a 3.78 ERA.

Mark, a 2017 OHS graduate, finished his senior season this month at Heidelberg University in Tiffen, Ohio. He was named first team all-Ohio Athletic Conference in right field, where he started all 41 games this season for the Student Princes. Mark hit .396 with 15 doubles, 12 stolen bases, 40 RBI and a slugging percentage of .610.

Fancher, a 2018 Gilboa Central School graduate, has appeared in 19 games as a pitcher for Dominican College in Orangeburg. He was 1-1 in 2021, and is 7-1 with three saves in three seasons.

The Outlaws roster is filled with players who play at New York colleges, including Binghamton, Iona, Marist, Herkimer Community College and SUNY schools in Cobleskill and Oswego.

However, not all the players are local. Yuzuki Okamura, who started at catcher for Herkimer CC this season, is from Shiga, Japan.

“We’re excited to have him, especially because he is a catcher,” Hughes said.

The early season will be hectic from Hughes, as OHS is still playing. The Section IV Class B baseball tournament is scheduled to take place June 8, 10 and 12, Hughes said, with seedings to be determined Saturday, June 5. Oneonta is 6-2 against Class B schools, Hughes said and should be guaranteed a playoff spot.

“For those 10 days or so, I’ll be trying to pull a rabbit out of my hat, trying to coach the Outlaws and the high school team at the same time,” Hughes said. “I’ll find a way to make it work.”

Go to www.oneontaoutlaws.com for more information.

HAPPENIN’ OTSEGO for SATURDAY, MAY 22

END_OF_DOCUMENT_TOKEN_TO_BE_REPLACED

Albert S. “Sam” Nader passed away on Tuesday, Feb. 9, 2021, at his home as he wished, surrounded by members of his family.

He was born on July 8, 1919, in Oneonta, the son of Elias Andrew Nader and Rose Rajah Nader (Nassar). He was one of six Nader children. Sam Nader spent nearly his entire life in Oneonta. He was a proud lifelong resident of the 6th Ward and became an integral member of the community.

He graduated from Oneonta High School in 1938, where he excelled as a lefthanded pitcher. Mr. Nader attended Bates College and later Hartwick College and played baseball at both institutions.

As World War II approached, Mr. Nader began working for the Scintilla Magneto division of the Bendix Corp. in Sidney.

END_OF_DOCUMENT_TOKEN_TO_BE_REPLACED

JOB FAIR – 9 a.m. – Noon. Job seekers meet up to 25 local employers without leaving the car. Just follow the signs, keep your mask on, and get flyers/applications for employers in many different sectors that are currently hiring. Parking Lot, Oneonta Outlaws, Damaschke Field, Neahwa Park, Oneonta. 607-432-4500 or visit members.otsegocc.com/events/details/drive-thru-job-fair-in-damaschke-field-parking-lot-neahwa-park-oneonta-388

END_OF_DOCUMENT_TOKEN_TO_BE_REPLACED

“We recognize this is a great disappointment to our collegiate players, to our fans, our host communities, and the dedicated staff and owners who have spent so much of their lives making the league a vibrant part of collegiate baseball and the American baseball fabric,” said Julian.  “The dynamic of this crisis requires cancellation.”

END_OF_DOCUMENT_TOKEN_TO_BE_REPLACED 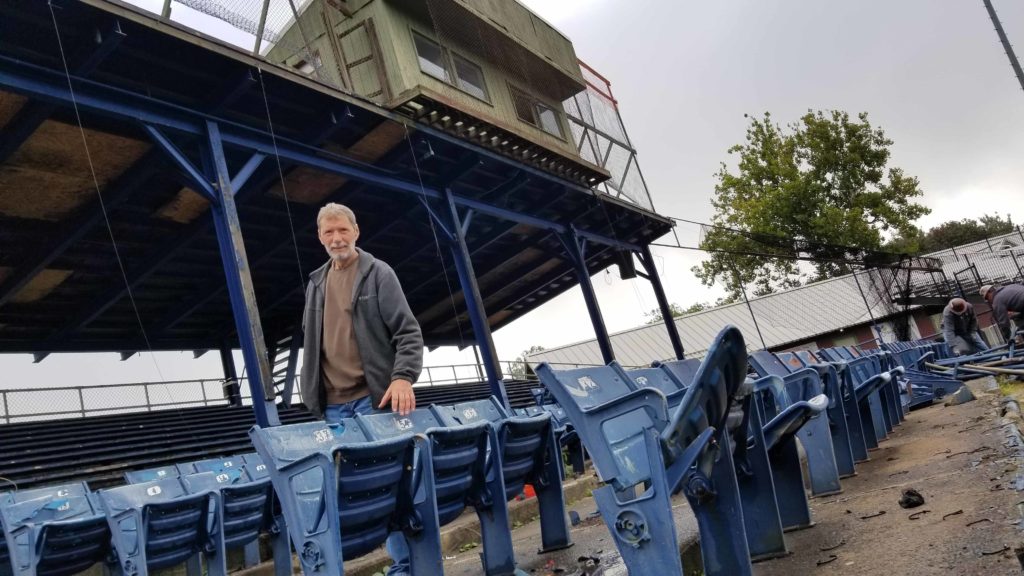 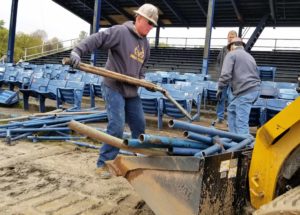