Oh yes, I remember: August 1983, leaning against a column in front the library on Main Street for a photo, thanking the people of Cooperstown for reading my Freeman’s Journal work that summer, and heading back to Rochester to begin my junior year of college. My boss published the picture with the caption, “I’d like to thank Richard Johnson for giving me my own column.”

A few things happened since then. I met her in London, England, in 1984 and in 1986 married the wonderful Angela Buesing of Davenport, Iowa; we raised two daughters, each grown and married. I was a newspaper editor in suburban Rochester and then worked for the New York State Senate. I spent three decades in Albany as the lobbyist for New York’s retailers large and small, retiring in November 2020.
But like classic rock bands that retire — only to come back a year later — here I come, out of retirement and back to my beloved hometown. Back to writing for the newspaper that my dad brought home every week when I was growing up, that I’ve never stopped reading, and that indeed gave me my own column all those years ago. I’m honored by the opportunity to work here again and am grateful to Tara Barnwell, Lin Vincent, and Michael Moffat for their dedication to local journalism and their trust in me. END_OF_DOCUMENT_TOKEN_TO_BE_REPLACED

I can honestly say this is a column I never thought I would write, my first as editor of The Freeman’s Journal and Hometown Oneonta.

I say that for two reasons: one, I spent the past decade in competition with the Iron String Press media team, while working as an editor and reporter for another news organization; two, that stint, with an Alabama-based organization I shall forever more refer to as the pension fund, did not go well.

My first play, “The Sun,” first staged in 2004, is about a small-town newspaper that is being destroyed as larger news organizations try to buy it. I spent the past decade at the pension fund thinking either irony is a cruel trick of life, or I was being blessed with an abundance of stories for the television adaptation.

The twin low points were mass layoffs on Good Friday/Passover eve and the closing of the Town Crier office and relegating the Cooperstown paper to a reprint.

As the Crier editor at the time, I took the laying off of my reporter (while I was on vacation, no less) hard and the office closing harder. I transferred to a couple of different roles at the pension fund’s daily, but it wasn’t a secret I hated commuting to Oneonta. It turned out to be a blessing in disguise in some ways as I got to know the city, its politicians and businesses, and the southern half of the county.

Still, I missed Cooperstown and the coronavirus pandemic and family issues made it harder and harder for me to commute.

I had been planning to quit the newspaper business for good this year, perhaps to go back to my dreams of making movies. Or, at least, to help other people make their movies. Last year, after years of discussions, I teamed up with a group of local film makers, businesspeople and political leaders to start a nonprofit 501c6 film commission office, Film COOP (rhymes with hoop, we are not a co-op), or more officially, The Cooperstown, Oneonta, Otsego County Film Partnership, Inc.

END_OF_DOCUMENT_TOKEN_TO_BE_REPLACED

Gorman Will Return To Cooperstown As Interim Principal

A Week To Remember For Hall, Former Hawkeye, Outlaw

COOPERSTOWN – As of Friday, April 16, Iron String Press, Inc, publisher of The Freeman’s Journal, Hometown Oneonta and www.allotsego.com is under new ownership.

Kevlin after 15 years as editor, publisher and president of Iron String Press and its media family, has retired.

With the new ownership, Iron String Press remains the only locally owned and locally focused news and entertainment operation in Otsego County.

A full story will appear in this week’s print editions of The Freeman’s Journal and Hometown Oneonta.

Citizen Of The Year

Let’s Call It: ‘Profiles In Fairness’

NORTHRUP: If Sanctuary Passes, County May Be Sued For Failing To Enforce NY Law

BUNN: Holiday Lives Even On Video

Adams Lost AFter One Term, But Eventually Got Over It 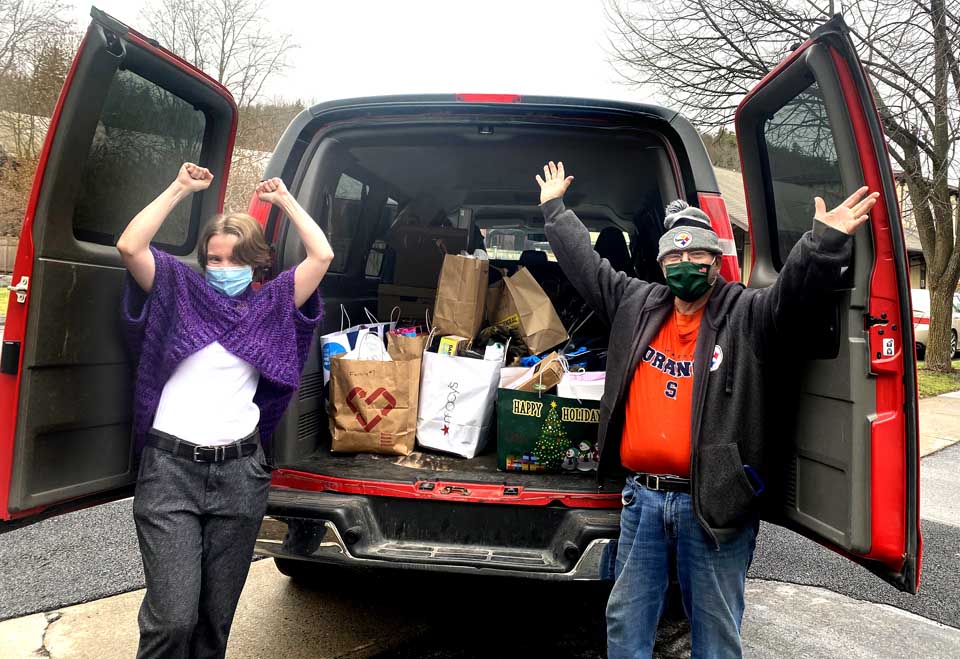 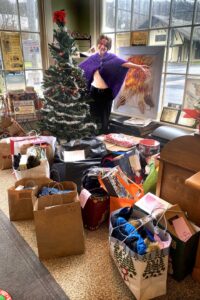 Major (ret.) Jim Smith and newspaper Office Manager Larissa Ryan cheer after packing the van with gifts for a record 26 families served this year by readers of The Freeman’s Journal and Hometown Oneonta through the Salvation Army’s Angel Tree program.  In a normal year, 12 families are served; but this year, the 12 were snapped up in just two days.  Ryan, who organizes the drive for the newspapers, signed up for four more families, then another 10. Since one family had six children, and another five, a record number of children will find gifts under their Christmas Trees this year through the undertaking.  The newspapers’ Christmas drive goes back to the 1921, when Freeman’s Journal Editor & Publisher Rowan B. Spraker Sr. sign us up. (Tara Barnwell/AllOTSEGO.com)

SUNY Over Hurdle On Reopening Plan

Democrats Back Away From Coup

End of Coronavirus Is Near, Multiple Vaccines Tell Us

If You Want Public Office, You Ought To Say Why Publically

MCREYNOLDS: The Joys, Challenges of Retirement

STERNBERG: Doctor In The House (Isolated)

WHELAN: These Facts Correct: Guns Are Killing Us

GROFF: And Of An Era: The Groff Era

Oh Say, Could We See…

Vacant-Seat Controversy May Go On

NAYOR: Give Thanks For Cooperstown

NYS SHERIFFS: 10 Per Table? A Step Too Far

Plan: Catch Virus Before It Can Spread

BERKSON: With A Slice Of The Shovel

In Oneonta, Santa, Other Staples Virtual

FLEISCHER: Much Can Be Expected From Biden

STERNBERG: A New Hope On COVID-19

Let’s Understand History, Not Censor It

A House Full Of Heroes Survived

Movie Directors: Oneonta Has It All

What Happens After Presidential Election

ROWLEY: If ‘Safe Act’ Is Flawed, Change It

OSTERHOUDT: Living With The ‘N-Word’

BUTTERMAN: Vision Of Future Excites Him

STERNBERG: Deal With Both Sides Of COVID

ERNA: Fear Retirement, But Do It Anyway