HELICOPTER – 5:30 p.m. Army Reserve & NY Army National Guard collaborate with Cooperstown Graduate Program for military exercise featuring UH-60 Blackhawk helicopters landing at Bassett. Public is welcome to observe, tour once the aircraft are shut down. Please follow direction of military personnel to ensure a safe distance from the aircraft while it is in operation. Landing will be near Bassett Helipad, across from Clark Sports Center, Cooperstown.

END_OF_DOCUMENT_TOKEN_TO_BE_REPLACED 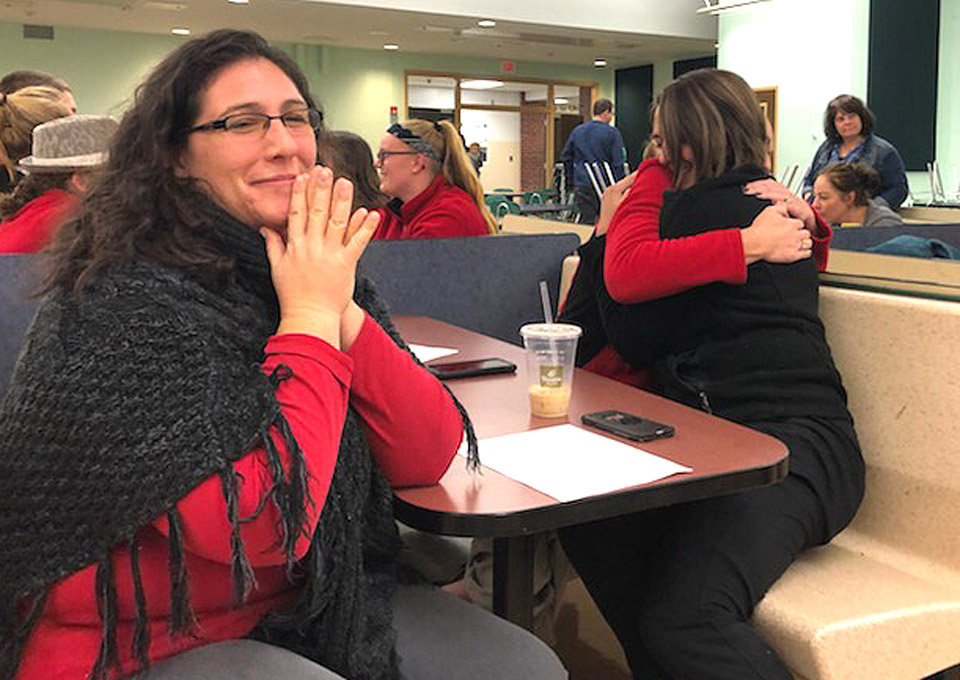 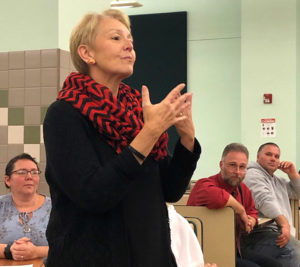 OCA Parent Kim Hastings is a picture of delight, above, as the Unatego Central school board announced a few minutes ago that the Oneonta Christian Academy’s $100,000 bid for the vacant Otego Elementary School has been accepted. Seated behind Hastings, OCA board member Rita Oellerich and Elizabeth Cook, 12th grade teacher and director of programming, embrace.  The vote was unanimous, with board member Dick Downey saying the sale “maintains the heart of the community.”  Inset left, OCA school board Vice President Julie Dostal expresses appreciation.  The OCA will begin holding events at the Mission-style 1931 building that dominates the village’s downtown immediately, Cook said, and plans are to conduct summer school there next year, and to start classes there in September.  “All we’ll need is the keys,” Cook said.  (James Cummings/AllOTSEGO.com)

Lacks Space For Its Needs

Otego Elementary Has It All, Unatego Board Told

FULL REPORT IN THIS WEEK’S NEWSPAPERS

END_OF_DOCUMENT_TOKEN_TO_BE_REPLACED

HAPPENIN’ OTSEGO for SATURDAY, MAY 4