‘Ponies, Pumpkins and Puppies: Oh, My!’

‘Ponies, Pumpkins
and Puppies: Oh, My!’

The crisp smell of autumn, combined with sizzling Liam’s Hot Dogs and delicious grub from S&S Café of Bainbridge, filled the air at Athelas Therapeutic Riding Inc.’s Fall Festival on Saturday, October 1. More than 200 people gathered to support the cause while enjoying the weather and seasonal festivities at Athelas, located at 1179 County Highway 5, Otego.

Inside the large indoor facility at Northfield Farm LLC, therapy ponies Powder and Chance were a huge attraction as they gave rides to giggling children. The bouncy house had a steady line of participants who jumped and bounced the afternoon away. More than 125 pumpkins, donated by Frog Pond Farms of Bainbridge and Hager Farms of Bloomville, were painted and carried home by kids and adults alike.

END_OF_DOCUMENT_TOKEN_TO_BE_REPLACED

The New York State Police at Oneonta were asking for help from the public in identifying the remains of a female found in the town of Morris. On August 11, they released photos of a ring, a necklace and a pair of Carolina boots. The photos were posted on Facebook and elsewhere, asking for help from anyone with information.

The original press release stated: “The New York State Police at Oneonta are investigating the discovery of unidentified human remains, located in a remote area in the town of Morris, Otsego County.

The remains are those of an adult female, approximately 4’9″ – 4’11” in height. The woman was wearing Adidas brand jogging pants, a pink tank top, a lightweight black jacket with a pink zipper, and Carolina brand boots.

END_OF_DOCUMENT_TOKEN_TO_BE_REPLACED

She was born December 9, 1949 in Livingston, Montana, the daughter of Joseph and Dorothy (Kinnick) Adams.  Janet grew up on a cattle ranch south of Livingston in Paradise Valley on the Yellowstone River.  The family raised black angus cattle.  Janet was proud to show the steers in 4-H competitions.   She enjoyed riding horses and sleeping outside under the apple tree with her sisters.  She attended a one-room schoolhouse until the 8th grade.  A photo of the schoolhouse along with Janet and her young classmates, was published on the April 2, 1960 Saturday Evening Post.  Janet belonged to a small country Methodist Church, where she was involved with Methodist Youth Fellowship.

Janet graduated from Park County High School, Livingston, Class of 1968.  She attended Montana State University.  Janet moved to New York State and attended SUNY of Oneonta as a non-traditional student, maintaining a 4.0 GPA; attaining a Bachelor of Science Degree, Class of 1989.   Upon graduation she was immediately hired by SUNY Oneonta, working different positions before becoming the Assistant Director of Facilities Planning.  Janet was very dedicated to her position as a professional at SUNY Oneonta making a positive impact and contribution for a rewarding 27-year career.  Janet was held in high esteem by her colleagues, and that was mutual.  Janet was always very proud of how clean and well maintained the SUNY campus was, and still is.  Janet was very active with her union (United University Professionals) as a delegate and executive board member.  Janet would always adhere to her values of professionalism and fairness.

END_OF_DOCUMENT_TOKEN_TO_BE_REPLACED 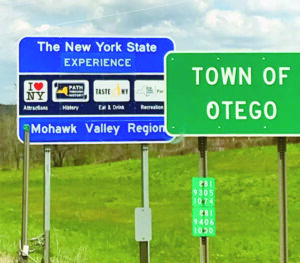 OTEGO – Barbara Calabrese, age 77, of Otego, N.Y., passed away on Tuesday, February 22, 2022 peacefully in her home while being cared for by Clyde, Michael and Jessica Bliss. Barbara was born on September 30, 1944 to Frank and Evelyn Insetta in Brooklyn, N.Y.

Barbara was predeceased by both of her parents and her brother, John Insetta.

She is survived by her longtime companion and best friend of almost 50 years, Clyde Bliss.

END_OF_DOCUMENT_TOKEN_TO_BE_REPLACED

COOPERSTOWN – Marshall Lewis Thorne, 80, a life-long resident of Cooperstown, passed away peacefully Friday afternoon, January 28, 2022, at his son and daughter-in-law’s home in Otego. He is now reunited with his beloved wife of 57 years, Sandy, who passed away November 8, 2021.

Born October 23, 1941, at the Mary Imogene Bassett Hospital in Cooperstown, Marshall was one of three sons of Loren E. and C. Emergene (Thayer) Thorne.

After attending Cooperstown schools, Marshall proudly served his country in the United States Marine Corps from 1960 until 1964. Stationed in Quantico, Virginia he specialized in field artillery and received a Good Conduct Medal and Rifle Sharpshooter Badge 7.62 mm. He was proud to have marched in President John F. Kennedy’s inauguration parade, as well as in his funeral procession to the Cathedral of St. Matthew the Apostle in Washington, D.C. In later years Marshall enjoyed attending reunions with his former artillery company in Las Vegas, Mississippi and South Carolina.

END_OF_DOCUMENT_TOKEN_TO_BE_REPLACED

County Board contest could be close

County Board contest could be close

The race for Otsego County Board of Representatives District 3, which covers Laurens and Otego, could stand among the more competitive contests on November 2.

Republican incumbent Richard Brockway once again faces off against Democrat Caitlin Ogden in a repeat of their 2019 campaign for the seat. END_OF_DOCUMENT_TOKEN_TO_BE_REPLACED

Inge Otten Roemer, 100, a resident of Sand Hill, Otego, Fly Creek and Oneonta in Otsego County for 75 years, passed away Saturday night, October 16, 2021, at her home in Otego.

A native of Germany, Inge was born February 1, 1921, in Hamburg, a daughter of Ernest and Elizabeth (Bartels) Bondiek. When she was 2 ½ she and her parents moved from Germany to Fairview, New Jersey, to live with an uncle who paid their way to the States. One of her earliest memories was witnessing the opening of the George Washington Bridge in 1931. As a teenager she worked in the summer as kitchen help for a wealthy family, and also on a farm that had summer boarders. After graduation from Cliffside High School in 1938, she traveled to Germany to live with relatives still in the old country, as well as to begin her training as a school teacher, studying the methods of kindergarten founder Friedrich Wilhelm August Froebel at the Froebel School in Hamburg.

Her training was interrupted in August 1939, when the American Consulate sent a message to “leave immediately” because the German borders were closing at midnight. With the help of friends and strangers, Inge was able to take a ferry to Sweden, then drive through the night to Oslo, Norway. As her German Reichsmarks were suddenly worthless, it was only through the kindness of an American – who happened to live near where her parents were living in New Jersey – that she was able to book passage on the Norwegian  SS Bergensfjord.

END_OF_DOCUMENT_TOKEN_TO_BE_REPLACED

Born June 26, 1946, at the A.O. Fox Memorial Hospital in Oneonta, John was a son of John J. and Margaret (Sorocco) Pohli. After graduating from high school, he attended Mohawk Valley Community College where he earned an associate’s degree in electrical technology. For 30 years he was employed with NYSEG, and retired as an electrical supervisor in 1990.

On September 2, 1966, John married Lillian J. Pearce in Oneonta. They enjoyed living in their log cabin in the countryside of Otego.

END_OF_DOCUMENT_TOKEN_TO_BE_REPLACED

SENIOR SOCIAL – 1 p.m. Otsego County Seniors (and a guest) are invited to test out their trivia on the 50’s, 60’s, and 70’s. Bring a team or we will make one for you. Prizes awarded for each round. Donuts and cider will be provided. Presented by the Otsego County Office for the Aging. American Legion Pavilion, Willow St., Otego. 607-432-3279 or visit www.facebook.com/otsegocountyOFA/

END_OF_DOCUMENT_TOKEN_TO_BE_REPLACED

Community Bank has closed its branch in Otego, the only bank in the town, much to the dismay of residents and local leaders.

She was born in New Haven, Conn., on May 24, 1920, on the heels of the Spanish Flu pandemic.  Her family moved to Oneonta when she was young. Her parents supported and encouraged her love of dance and music and at the age of 14 she became a very well-known dance instructor throughout the area.

Margaret owned two different dance studios in Oneonta, teaching ballet, tap and jazz for many years.  After her retirement, she found herself assisting with the theatrical productions at Unatego Central School and a few local theater groups.

END_OF_DOCUMENT_TOKEN_TO_BE_REPLACED

FOOD DRIVE, 9 a.m.-5 p.m. – Help the Cooperstown Food Pantry by contributing food and personal care items at the annual Cooperstown Emergency Squad food drive in the Price Chopper parking lot, 113 Chestnut St.  Canned tuna, peanut butter and jelly, and items like shampoo or body wash, etc., especially needed.  The goal is “to fill the back of the ambulance, maybe twice!”

END_OF_DOCUMENT_TOKEN_TO_BE_REPLACED

Life As He Wished, Succumbed To Cancer

Wild Bill did many crazy and downright dangerous things during his time. He is loved by many, liked by lots, respected by some, and despised by a few. His favorite times were spent hunting or playing cards, riding his four-wheeler, pushing dirt with a Bobcat, or just generally getting into trouble.