Ginny traveled many miles since she was the only student in her grade at the one-room school in Colchester, part of the Walton School District. Later, she attended Franklin Central School and graduated at age 16 from Sidney, where the business courses and bookkeeping prepared her well for the future.

Her first job was at Public & Loan in Sidney, and then a bookkeeper at Hotaling Ford Sales, where she fell in love with cars.  She was very proud of her 34-year career at New York State Electric & Gas, attaining the highest Customer Service Representative A position.

END_OF_DOCUMENT_TOKEN_TO_BE_REPLACED

From Parris Island This Week 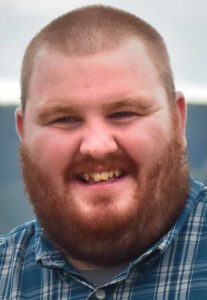 He was a proud stay at home dad to Cooper.

END_OF_DOCUMENT_TOKEN_TO_BE_REPLACED

ACCO Furloughs Most Of Workforce

SIDNEY –  ACCO’s Sidney plant announced plans yesterday to lay off the majority of their workforce within the coming days, according to reports, as manufacturing is suspended during the COVID-19 outbreak.

“Anything like this is going to have a devastating effect on the community,” said Village of Sidney Mayor Andrew Matviak. “It’s a challenging time for everyone.”

END_OF_DOCUMENT_TOKEN_TO_BE_REPLACED

SIDNEY– Effective May 1, Fox Hospital’s Tri-Town Campus in Sidney, part of Bassett Healthcare Network, will be shifted to a daytime schedule, with emergency services available only from 7 a.m. to 11 p.m. daily.

“A physician-staffed emergency department, laboratory, and radiology services will remain available at Fox’s Tri-Town Campus, along with a variety of specialty services including orthopedic care,” said Fox Hospital President Jeff Joyner. “Patients who need a higher level of care will continue to be transported to the closest acute care hospital appropriate to their medical condition.”

END_OF_DOCUMENT_TOKEN_TO_BE_REPLACED

SIDNEY – The Delaware County Sheriff Department’s press conference on dog-fighting arrests after 19 dogs were seized in Franklin will be livestreamed on the Delaware Valley Humane Society’s Facebook page beginning at 11 a.m . today.

Sonya was born on Aug. 14, 1985, in Oneonta and was a daughter of Peter Skoglund and Ann Marie Wright. She graduated from Sidney High School, Class of 2003, and went on to take a CNA course for certification.

Sonya worked tirelessly as a CNA and Certified Home Health Aide for several agencies in the area. Her reward was helping people in need. She always commented on her one on one care with people and how she became bonded with them.

END_OF_DOCUMENT_TOKEN_TO_BE_REPLACED

Accountant At Amphenol For 35 Years

He is survived by his wife of 47 years, Melody; and his three daughters who were his pride and joy and his greatest achievement, Heather Ziobro of Auburn, Heidi Ziobro and her husband, Sinan Erzurumlu of Needham, Massachusetts and Hayle Ziobro and her partner, Amber Benlian of Washington, D.C. He is also survived by four grandchildren, Evren and Esra Ziobro Erzurumlu and Olive and Maezie Ziobro.

END_OF_DOCUMENT_TOKEN_TO_BE_REPLACED

Succumbs After Battle With Cancer

He will always be remembered for his courageous smile, creative mind and loving generosity. Jason took great pride in his gardening skills, was a MacGyver with his innovations, loved his music, playing his guitars and spending his time entertaining and playing with his precious little boy.

Jason was born Jan. 25, 1984, in Binghamton. He started working for Gavin’s Pizza while still in high school, and continued after graduation. Mike Gavin remained his mentor and close friend until his passing. Before he became ill, Jason co-owned Two Doughboys, the Sidney pizza parlor, and then was employed by Bassett Hospital as an environmental technician.

END_OF_DOCUMENT_TOKEN_TO_BE_REPLACED

SIDNEY – David Dean Erbe, 74, who signed with the Minnesota Twins to play professional baseball after graduating from Oneonta High School, died April 8, 2019, surrounded by his family.

He later lived in Sidney for many years, working for Custom Electronics in Oneonta, Amphenol/Bendix in Sidney, and retired from Corning’s Oneonta plant.

END_OF_DOCUMENT_TOKEN_TO_BE_REPLACED

Larry served his country in the Army in 1970-71 and was honorably discharged.

END_OF_DOCUMENT_TOKEN_TO_BE_REPLACED

SIDNEY – Walter Edmund Backus, 88, a Korean War veteran and union leader during 40 years at Scintilla (Amphenol) passed away peacefully on Friday, Feb. 8, 2019 in the comfort of his home.

Walt was born in 1930 and graduated from Bainbridge-Guilford High School in 1947.

Shortly after, he enlisted in the Army; he was discharged in July 1950. Walt was recalled to active duty on Nov. 2, 1950 and sent to Fort Hood,  Texas, for eight weeks of advanced combat training.

END_OF_DOCUMENT_TOKEN_TO_BE_REPLACED

SIDNEY – Gale Renee Walker, who resided in Centers Healthcare, Cooperstown, for the past seven years, took the hand of our Lord and ascended into heaven on Jan. 17.

Gale was born and raised in Sidney, the precious daughter of William and Esther Walker. Gale was a big sister to Keith, Kimberly and Thomas and a sister-in-law to their spouses Pam Walker, Larry Crowe and Renee Walker.

END_OF_DOCUMENT_TOKEN_TO_BE_REPLACED

SIDNEY – Paul Arthur Beames, 73, a Marine lieutenant colonel who on retirement pursued a second career with the Boy Scouts of America, passed away on Monday, Nov. 26, 2018 at his home in Sidney.

After retiring from Scouting, he served locally on the executive committee of the Leatherstocking Council BSA.

He graduated from Sidney Central School, Class of 1963, and attended SUNY Oneonta, receiving a bachelor’s in 1968 and master’s in counseling in 1979.