The votes are in and here are how the school budget elections went around the county. We will add results as they com in.

Village Library Proposition: 408 for – 88 against

END_OF_DOCUMENT_TOKEN_TO_BE_REPLACED

A lifelong area resident, Butch graduated from Unatego Central School, the Class of 1977.

He was currently employed for Norfolk Southern Corp. as a machinist. He started working for the railroad in June of 1992. Butch enjoyed scratch off tickets, trips to Turning Stone and Tioga Downs, watching sports especially the New York Mets, Oakland Raiders, and SU Basketball and going to Afton to watch dirt track racing.

END_OF_DOCUMENT_TOKEN_TO_BE_REPLACED

Budget and board of education elections for schools in Otsego County will take place from noon to 9 p.m., Tuesday, May 18. In addition, schools are preparing for a second year of coronavirus-proof graduations.

Here are the details for each of Otsego’s public school districts:

END_OF_DOCUMENT_TOKEN_TO_BE_REPLACED

“We have an opportunity with our debt where we have some debt falling off, so we can replace it with new debt without any increase of the tax levy,” Richards said.

State building aid funding will pay for 87.5% of the project, Richards said.

“If we don’t do a project, then we lose that revenue, too,” Richards said.

Leftover EXCEL funds and about $1.3 million in capital reserves will pay for the remainder of the project, Richards said.

The project would be the first is about a decade for UCS, and the first since the district embarked on a long-term plan to turn three campuses into one.

However, the project will not complete the consolidation and will instead focus on needed improvements at the district’s two remaining campuses, the elementary school at 265 Main St. in the town of Unadilla, and the middle/high school at 2641 state Route 7, in the town of Otego.

Eventually, the elementary school will be closed and all students will attend school at the Otego campus, Richards said.

END_OF_DOCUMENT_TOKEN_TO_BE_REPLACED 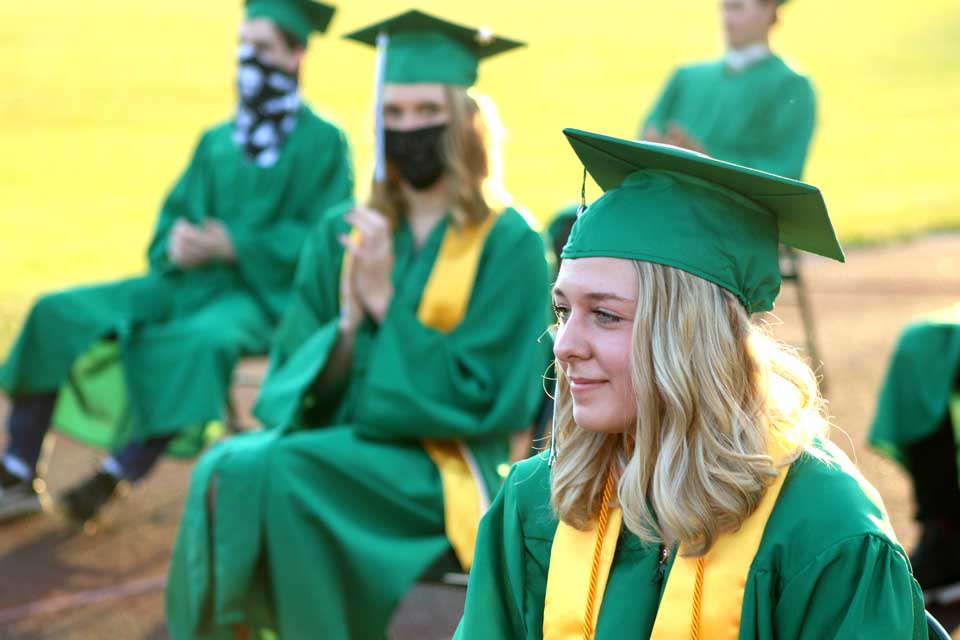 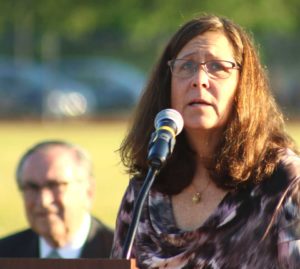 Fighting back tears, Unatego Soccer Coach Sue Herodes, inset at right, accepts the 2020 “Inspire Award,” presented this evening as 56 graduates received their diplomas at the Unatego Central School graduation.   Herodes was selected by seniors as the teacher who had the most influence on their growth and success during their high school years.  Behind her is school board President Jim Salisbury, Otego.  In top photo, Valedictorian Paige McCoy smiles with satisfaction as her long list of awards and scholarships is announced.  Salutatorian is Mikaila Flavell.  The ceremony took place in the football field, with family members and friends spread out across the grandstand to achieve social distancing.   (Jim Kevlin/AllOTSEGO.com)