ONEONTA – On December 19, 1937, Sandra “Sandy” Rae Cooper arrived in Elmira, New York – full of life and purpose – as the middle child of her loving parents, Beatrice and Merle Cooper.

After giving everything she had to give, Sandy left this world 84 years later on October 13, 2022, as the spouse of one, the mother of six, the grandmother of twenty, the sister of two, and a friend to hundreds.

Like everyone, Sandy arrived in this world with nothing, and she left with nothing.  What Sandy left behind on this planet, however, is immeasurable.

Sandy was a life-long New Yorker.  She was born in Elmira, raised in Dannemora, and eventually settled in Oneonta where she raised a family with her husband of 62 years.

END_OF_DOCUMENT_TOKEN_TO_BE_REPLACED 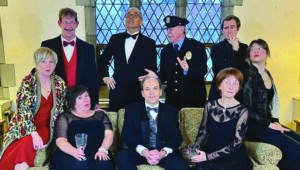 Schenevus and Worcester schools look ahead after merger vote fails

Schenevus and Worcester schools look ahead after merger vote fails

After community members voted down the Schenevus-Worcester schools merger on December 2, disappointment and a feeling of missed opportunity permeated in those who supported the union of their respective districts.

The final tally showed 70 percent of Schenevus community members voting against the merger. Worcester voters, on the other hand, voted to approve by a 64 percent – 36 percent margin.

State Senator Peter Oberacker (R-Schenevus) told The Freeman’s Journal/Hometown Oneonta that he would work in Albany to find more funding in next year’s state budget. END_OF_DOCUMENT_TOKEN_TO_BE_REPLACED

Schenevus and Worcester Central school districts vote December 1 to decide whether they merge the districts, a move which has divided residents.

If approved, the Worcester Central School district would annex Schenevus. The Schenevus school building would retain its name and dragon mascot, and function as a Kindergarten-through-fifth grade elementary school. Worcester Central would host grades 6 to 12.

Voters approved the merger in a non-binding straw poll in September 2021; the December 1 vote is a binding referendum. END_OF_DOCUMENT_TOKEN_TO_BE_REPLACED

It’s hard to believe but Oct. 16, is right around the corner. It’s a day I like to call “Soccer Saturday” as the Tri-Valley, Delaware and MAC leagues all hold their conference championship games at the Wright National Soccer Campus fields in Oneonta.

It is a great way to see some of the top teams from our area all in one location. Let’s take a look at how things are shaping up in the TVL as I am writing this Oct. 4. END_OF_DOCUMENT_TOKEN_TO_BE_REPLACED

A seven-year old Decatur resident died Saturday, Aug. 28, as a result of an ATV accident on Fisher Road in Decatur.

Hunter Hornbeck was riding an ATV when it crashed. He was airlifted to Albany Medical Center on Friday, Aug. 27, but later died from his injuries.

Hornbeck, who lived in Decatur, enjoyed the outdoors, fishing and hunting. END_OF_DOCUMENT_TOKEN_TO_BE_REPLACED

With the delta variant of the coronavirus virus causing jumps in cases across the county and the country, some Otsego County school districts are gearing up to welcome kids back to classes with masks on.
This is based on recommendations from the Centers for Disease Control, which has labeled Otsego County as a “substantial transmission” area where, in theory, masks are recommended indoors regardless of vaccination status. COVID cases have been on the rise across the country.

In Otsego County, as of Aug. 9, there were 72 active cases and four hospitalizations.

In Cooperstown Central Schools, while instruction will be in person, there will be a universal indoor mask policy as well as three-foot social distancing while maintaining cleaning and disinfecting at the schools.

END_OF_DOCUMENT_TOKEN_TO_BE_REPLACED

The Old Masters on the Meadow

END_OF_DOCUMENT_TOKEN_TO_BE_REPLACED 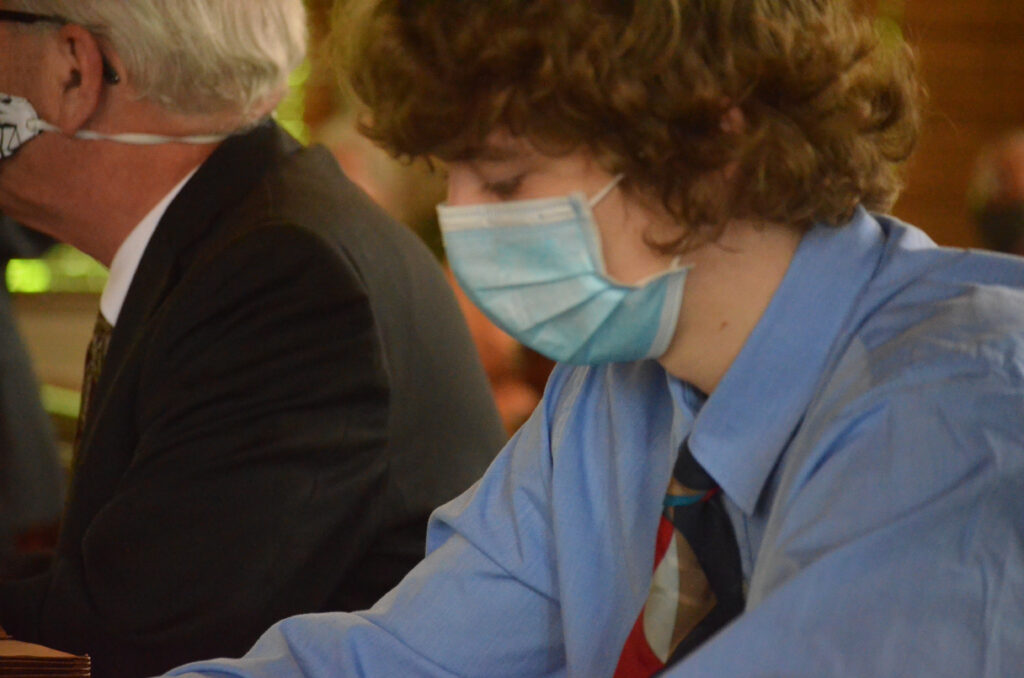 COOPERSTOWN – The trial of Dylan Robinson over the alleged murder of his father, Kenneth Robinson, at his Worcester home began Monday, June 21, at the Otsego County Courthouse.

Robinson is accused of attempting to rob his father of about $5,000 in marijuana and cash. Robinson was 15 at the time. Robinson and several other local teens were arrested several days after the murder, as was then 32-year-old Oneonta resident Nicolas Meridy.

Alexander Borggreen, then 16, Anais Soto, then 15, Alexis Lotterman, then 16 and Tatiana Febo, then 17, were also arrested.

All of the defendants with the exception of Robinson pled out; Febo and Lotterman had their cases moved to juvenile court.

The robbery apparently went badly, leading to a physical altercation. Kenneth Robinson suffered two fatal gunshot wounds, one to the head and one to the chest.

Afterwards, the defendants attempted to burn his house down to disguise the murder-robbery.

The first day of the trial was punctuated by a couple of dramatic moments, which mirrored the intensity of the crime itself.

END_OF_DOCUMENT_TOKEN_TO_BE_REPLACED

The last of the Merger Mondays took place Monday, June 14, ahead of Tuesday’s board vote.

The superintendents of Worcester and Schenevus central schools acknowledged the growing pains of a merger, but also argued its perceived importance to a group of about 15 attendees.

Some of the guests included Assemblyman Brian Miller, and Jeff Bishop, communications director for state Sen. Peter Oberacker, R-Schenevus, who is an SCS graduate.

Miller expressed mostly neutrality for the upcoming vote and said he was there to “show support for whichever way the communities decide to go.”

Oberacker was unable to attend because he was at a parade in Unadilla, a cause of some criticism among those who attended, but Bishop said Oberacker was closely following the developments on the potential merger.

If the vote is approved, there will be a Sept. 22, straw poll followed by a Dec. 3, binding referendum.

If the merger is approved the combined Board of Education would increase from five to seven seats. There also will be state financial incentives for the merger, which BOE representatives say will be used to improve educational opportunities and provide funds to a reserve, while also maintaining the same staff only eliminating positions through attrition, which they say will save $690,000.

Class size will be 22 students or lower.

Much of the merger rationale is based on a study conducted prior to the pandemic, which referenced a declining enrollment for both schools, a problem which in a merged district would be resolved with access to more academics and athletics.

Any additional cost for transportation they say will be minimal.

Anything related to mascots, school colors and team names would be student driven, officials said.

Miller diverted from his original stance of neutrality briefly to posit about the merger.

“It’s to benefit our children and make our area truly prosper. … Things are really getting tough,” Miller said, referencing state funding. “A merger is really the best thing we can do.” END_OF_DOCUMENT_TOKEN_TO_BE_REPLACED

END_OF_DOCUMENT_TOKEN_TO_BE_REPLACED

Worcester Man, Paralyzed At 11, Moves Into Dream Home At 31

Moves Into Dream Home At 31

Paralyzed after a farming accident when he was 11, James Scofield, now 31, says he values patience, accessibility and independence above all else.

Now, he can enjoy all those things in his new, fully customized and accessible single-wide, set back off Mooney Road, framed by forest trees, courtesy of Otsego Rural Housing Assistance (ORHA).

The lifelong Worcester resident not only can enjoy hunting, fishing and working on cars with his 7-month-old, purebred chocolate lab Sky and 3-year-old pitbull-lab mix Zeus in his free time, but he is also self-sufficient.

Scofield takes care of himself without help, and assists friends in need, often plowing his neighbors’ driveways.

END_OF_DOCUMENT_TOKEN_TO_BE_REPLACED

GOP Nominates Businesswoman To County Board

The candidate, who also has experience in local government and community service, called it “a wonderful opportunity. I’ve always believed in public service and giving back to the community. I hope my experience will not only be a benefit to District 6, but to the county as a whole.”