Virtual Bird Walk In The Garden

END_OF_DOCUMENT_TOKEN_TO_BE_REPLACED

How Can We Make 8th Most Vibrant Arts County Thrive?

How Can We Make 8th Most

What? In a United States that some insist on characterizing as a burning dumpster, can there be good news?

According to the Census Bureau’s American Factfinder, there are 16,360 towns in the U.S. Not all of them, of course, are “small communities.” Still, eighth puts Oneonta and Otsego County in a very elite sliver of arts-oriented locales.

And, of course it is.

It is home to the Catskill Symphony Orchestra, which thrives while such cities as Honolulu, Syracuse and Albuquerque have lost their orchestras. Shock of shocks, even one of the nation’s “Big Five,” the Philadelphia Orchestra, went through Chapter 11 bankruptcy in 2011.

There’s the $8 million Foothills Performing Arts Center, owned free and clear, which – hindered by the Great (and long) Recession – is finally getting traction under the steady leadership of Executive Director Bill Youngs and board chair Roxanna Hurlburt.

Over a typical academic year, Hartwick College and SUNY Oneonta offer a vast range of top talent from around the nation at the Anderson Arts Center and Goodrich Theater respectively, and in their art galleries.

All this in a small city of 14,000.
•
Beyond the “urban core” of Oneonta, DataArts goes on to single out the Cooperstown museums – the Fenimore and Farmers’ – the Glimmerglass Festival, all nationally known and appreciated. All three are strong, and The Fenimore, beginning this summer with Herb Ritts’ photos from the Rock & Roll Hall of Fame, began reaching out to a whole new audience, younger, hipper – the future, if you will.

(For whatever reason, Brewery Ommegang has dropped its summertime popular-music concerts, but performers like Norah Jones and Elvis Costello proved there’s a wide draw, at least in summer months.)

Below the Big Three, there are thriving entities like Linda Chesis’ Cooperstown Summer Music Festival, Cherry Valley Artworks’ full series of professional performances at the Star Theater, plus its semi-annual Sculpture Walk.

Gilbertsville’s Major’s Inn has a concert series through the summer, plus arts-related programming year-‘round. (Oneonta filmmaker Joe Stillman is showing his latest documentary, on LBJ’s attorney general, the humanitarian Ramsay Clark, at 7:30 p.m. this Saturday at the Major’s as a fundraiser for the historic venue.)

That reminds us of Barton Kaplan’s Magic Mountain Music Farm in the hills between Gilbertsville and Morris: Top music students from New York City and beyond practice intently for the summer and put on a weekend of performances in a Gllbertsville church.

The monthly Coffee House at the Schuyler Lake Methodist Church – folks with guitars and more – is another example of a decentralized artistic fervor. Here’s another: The Church in Mount Vision, which has been presenting plays all summer long for three years now.

This is hardly comprehensive, and it underscores what a great idea Oneonta’s ArtSpace project is – 66 studio-residential units in a four-story building due to rise on the city’s Dietz Street next year.
•
The point: While we bemoan what we don’t have – yes, we’re out of natural gas and electricity, if anyone wants to open a factory here – we should be developing what we do.

The DataArts ranking brought to mind former Oneonta Mayor Dick Miller’s Arts Summit in January 2011 at Foothills – it was terrific. There must have been 100 artists and arts enthusiasts there.
Miller was his usual droll self, telling the bubbling gathering, ““I’m not in it for the arts; I’m in it for the economy.”

But he had a point. He offered $200,000 from a City Hall budget surplus – yes, those WERE the days – to help get a comprehensive effort to promote arts off the ground. It never got any traction, but why shouldn’t it?

It wouldn’t have to be government based; there’s plenty of arts leadership clout around here. Something like the 55-member Energy Task Force might be too much. But how about a six-member task force with heavy hitters like The Fenimore’s Paul D’Ambrosio and SUNY Oneonta’s Janet Nepkie, who created the college’s amazing Music Industry major. It could be privately run.

Now, arts is a summer magnet. How about a summer and fall magnet? Then maybe a summer, fall and Christmas magnet? Then add in a winter carnival component.

As SMU DataArts documented, we have what it takes to be much more.

END_OF_DOCUMENT_TOKEN_TO_BE_REPLACED

Fenimore Hosts Art On The Lake

Fenimore Hosts Art On The Lake 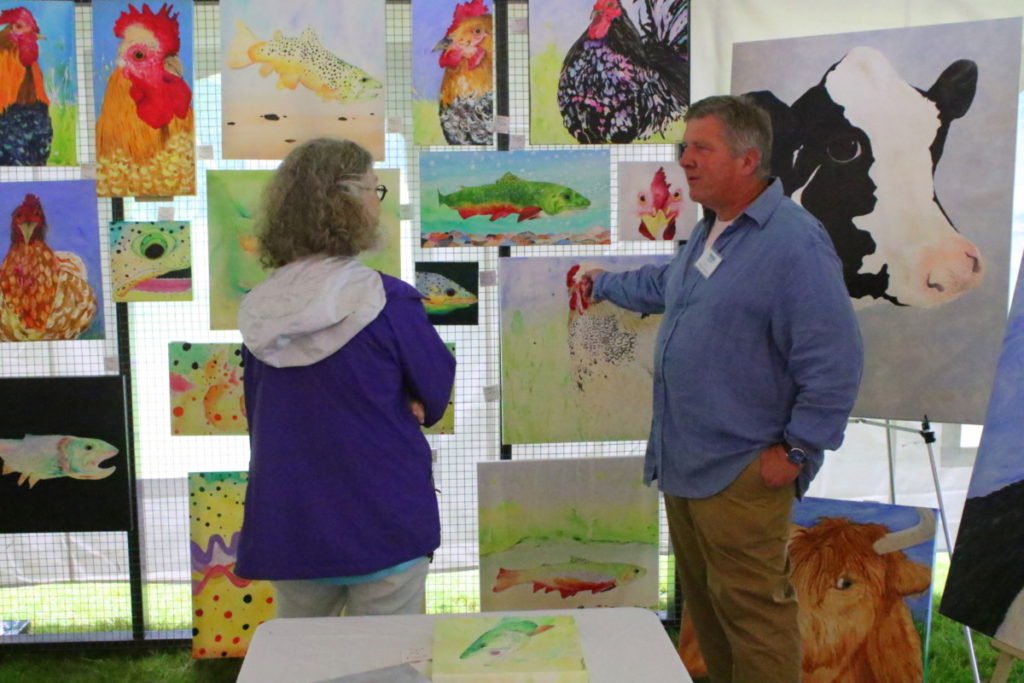 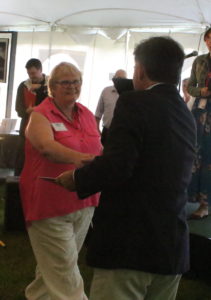 Pat Donnelly, Cooperstown, talks with artist Michael McBane about his colorful paintings at the annual Arts On The Lake this afternoon at The Fenimore Art Museum. Works from 21 artists from around the region were on display, ranging from sculpture, to paintings and photography. At right, Linda Tracz, Roseboom, accept her award from Fenimore President Paul D’Ambrosio for the top award in photography. (Ian Austin/AllOTSEGO.com)

Cold Outside, Chili inside 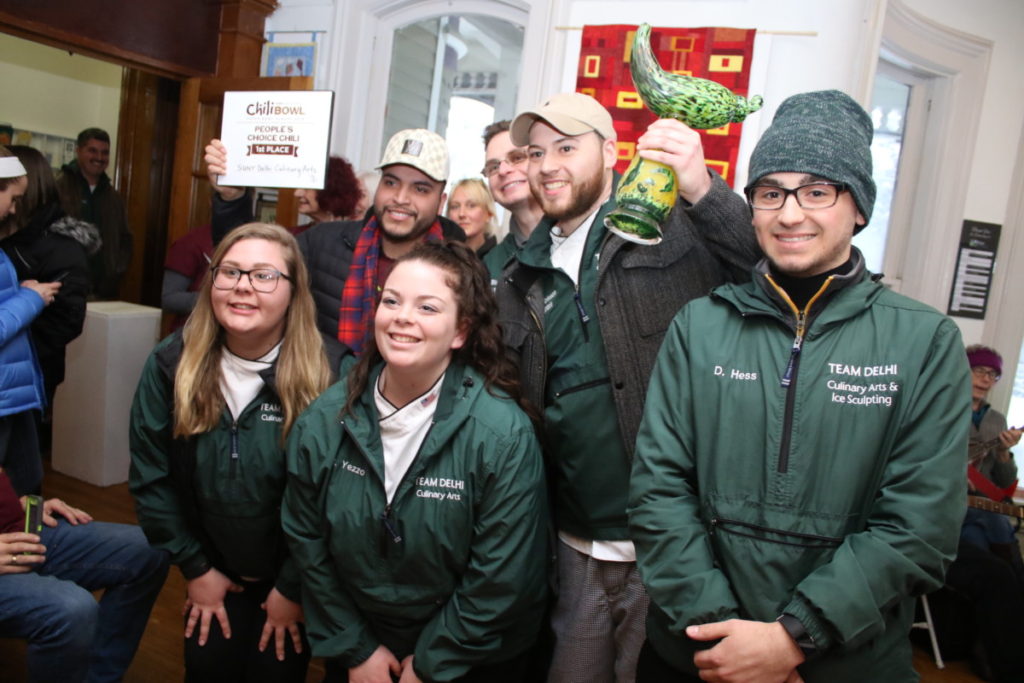 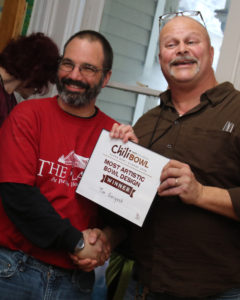 Above, Members of the Delhi culinary team Jessica Shultis, Juli Chavez, Carly Yezzo, Peter Blayne, Alex Johnson and Dan Hess of the Delhi Culinary Team took top honors with their beef and duck chili in both People’s Choice and Firefighter’s choice this year at the 14th Annual Chili Bowl held at CANO this afternoon. Chili fans could sample nearly thirty different chilies that ranged from sweet to spicy. At right, Tim Gargash, Oneonta receives his Most Artistic Bowl award from CANO President Jim Maloney for his winning bowl  that depicted a sculpted octopus climbing over a ship.  As popularity of the event grown, so have the crowds. To help elevate the issue, CANO moved some of the chili contestants to an outdoor tent, thereby providing guetst with some much appreciated elbow room. (Ian Austin/AllOTSEGO.com)

COOPERSTOWN ARTISANAL FESTIVAL – Open to the public, area artisans will show and sell their work. Craft demonstrations will be ongoing and training for both adults and children will be available. Outside the Otsego County Office Building, 197 Main St, Cooperstown. Cooperstown Chamber of Commerce (607)547-9983. Visit cooperstownchamber.org/events/cooperstown-artisan-festival/

END_OF_DOCUMENT_TOKEN_TO_BE_REPLACED 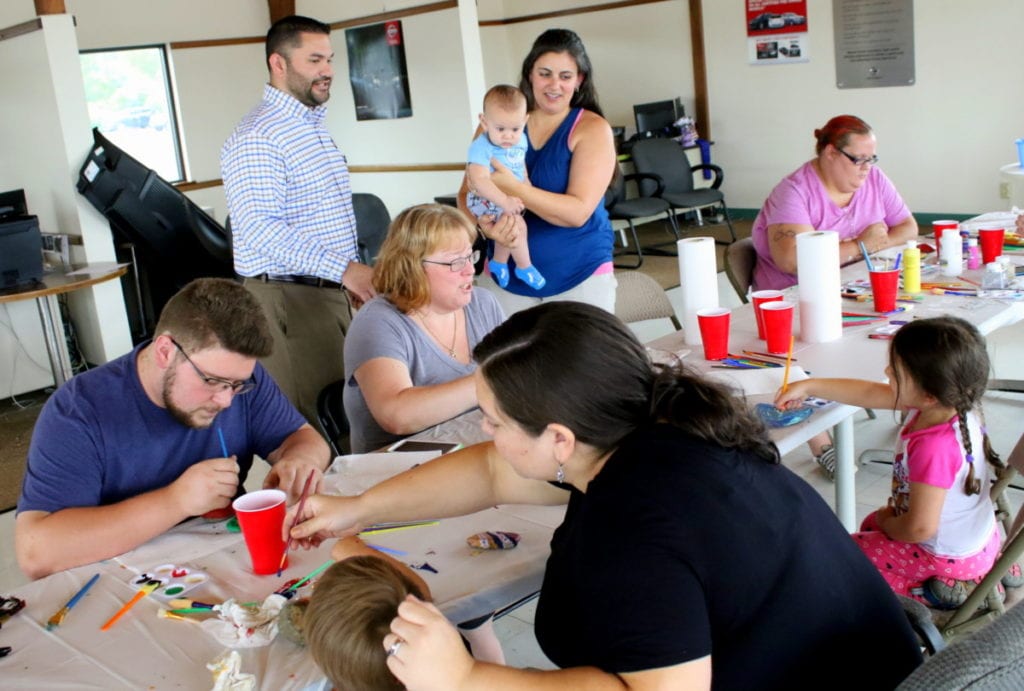 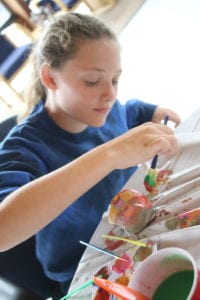 Michael Morton, general sales manager at Country Club Nissan, stops in to see how his wife, Jessica (holding son Colton), is doing over-seeing her Oneonta Rocks community painting day hosted at the Nissan dealership this afternoon. Painting are Michael Keenan, Oneonta, Eileen Mugford, Oneonta; Xander Roefs and mom Justine, Oneonta, and daughter Rynn.  In left photo, Madison Coberly, South Kortright, works on her psychedelically patterned rock. Attendees could bring their own rocks but others were supplied as well as the paint, brushes and varnish. Once dried, artists could take their creations to hide out in the community as part of the Oneonta Rocks chapter of the Kindness Project. If you see a rock, or find one, post it to the Facebook group, then re-hide it for others to discover! (Ian Austin/ AllOTSEGO.com

This Christmas, Support The Arts

Another Super Chili Bowl for CANO

Another Super Chili Bowl for CANO